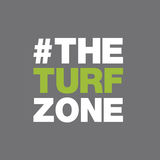 19 years removed from all the apocalyptic meltdowns of Y2K. Just one more year until…….wooooo……2020. And you know what THAT means. Remember what happened in 1919 don’t you? 1818? 1717? Okay, 1919…. let’s see. People were fighting each other around the world. Mail bombs were sent to prominent people in the USA. Folks were passing laws to prevent others from doing things they didn’t like. And sports teams were cheating (i.e. The Chicago “Black Sox”). Thank goodness in 100 years we’ve progressed beyond all that. But just in case 2019 does throw some curves into your otherwise calm life, we’ve once again spent weeks/months here at VTC World Headquarters developing a roadmap to help you navigate through them.

Once again, for The Man it’s time for a disclaimer. That is said with much sadness this year because it’s the first “predictions” column since we lost her last year. I don’t think any columns ever gave The Man more ulcers than this one every January. Godspeed Liz, and all the best to her family. That being said, we have a new “Man” very capably keeping this publication in line, and Julie, this is for you: For those of you that may not realize it, this column is SATI RE. It is written in the spirit of HUMOR, not MEANNESS (although I was called meanness by my Aunt Shirley). Lest it be interpreted any other way, I offer my sincerest apologies now. While we’re at it, I’d like to apologize to my second grade girlfriend Deborah for two-timing her and holding hands with Vickie on the playground. I apologize to my great uncle Claude for stealing his Lucky Strikes and smoking them behind my grandma’s house with my cousin Ken. I apologize to Bowman for throwing his book satchel out the window of the school bus. I apologize for all the things I said to batters while I was playing catcher for my baseball teams. I apologize to cats, even THOUGH I was TOLD they would always land on their feet. I apologize to the members of the church I attended as a child for carving my initials into the back of a pew. I apologize to my golfing partners for throwing clubs. I apologize to my hiking buddies for eating Black Bart Chili. I apologize to Carolina fans for… nah, I can’t go that far. I’m done.

After changing his name to “Stang,” leaving the Barbizon CC , becoming a country music “sanger,” and learning to wear a cowboy hat, former Supt. and ladies’ man “Sting” returns to the green industry. “I just couldn’t do the Bro’ Country thing anymore man. The girls in my audience loved ‘em, but those tight fittin’ lady jeans were just killin’ me.” Asked about his new highteased hair style and permanent scowl, Sting replies “in my new position as Agronomy Mgr. of non-golf Trump properties, it’s standard protocol. Yeah, I wouldn’t have thought so, but the ladies love it. Some of those girls that used to come to my shows, eh… they were a little trashy. Then I saw Donnie T. hangin’ with girls named ‘Stormy,’ ‘Tawny,’ and ‘Chi-Chi’ and I said to myself that’s the level SE RIO US money will get you to. I figure this is my last gig, and then retiro amigo!”

New grass for golf greens takes hold in the D.C. area and begins to migrate southward. “We’re really amped about this new development for our industry” says plant breeder Winterest Killington of the University of Maryland. “This grass takes fewer inputs than the ultradwarfs!” exclaims an excited “Kill” (as she’s known to her colleagues) at the annual MATE Conference and Show in Fredericksburg. “Less topdressing, less verticutting, no painting, and very little desiccation in the winter months. No more dislocated shoulders from struggling with covers in the wind. Green 11-12 months out of the year. The same, or possibly fewer pesticide applications. Early frosts, no problem. Late frosts, no problem. Adjusts to a wide range of temperature variances. Changing pin placements – no need to worry about the orientation of the plug. Easily adjust green speeds up or down at any time of the year. We see this grass one day moving DO WN I-85 all the way to... say… Atlanta.” Pressed for more info, Killington finally cracks and says “we believe this grass, Bentgrass, is the wave of the future.”

After abandoning the Hunger Games model of Blue and Red Districts to decide political issues (see last year’s predictions), Congress comes up with another brilliant plan. In a bow to modern technology and the new arenas for “conversation and debate,” 78-year-old Nancy Pelosi and 76-yearold Mitch McConnell (sidebar: let those numbers sink in for a minute. Can anyone say term limits??) decide to go part old school and part new. Bills will continue to be presented in their respective bodies of Congress. However, since most of them are hundreds of pages long, and no one reads them anyway they will be presented as one-liners under the “Yo Mama So...” format. For instance, health care bills might be presented as “Yo Mama So Fat.” Social security issues would fall under “Yo Mama So Old.” Education issues: “Yo Mama So Dumb.” Defense spending: “Yo Mama So Mean.” You get the picture. Then the always thoughtful and deep thinking members of the Twitter community would vote within seconds and our nation’s future would be decided!

Reacting to the deepening labor crisis, limited H2B workers and ever shrinking budgets, robotic mower sales explode. Things go well for a few weeks at the County Line Golf and Four Wheelin’ Club, one of the early adopters of the technology. But then, eagle-eyed Facilities Mgr. Buck “Groundhog” Tinsley notices some issues that will soon infect the entire industry statewide. “So I come in one day, and the shop is a mess. Walking greensmowers on their sides, gashes in the sides of plastic cowls from rotary blades… anyway, it seems that there was a disagreement over who was in charge. You know, who was the lead mower – the green one, the red one, or the orange one. Things calmed down for a few days, and then I noticed one of my fairway mowers had turned off his GPS and driven to a course a few miles away. I found out he left me for longer break times and hotter water and softer soap in their wash area. The final straw was the weekend three of my TTI -521 greensmowers refused to leave the shop and perform their duties. Their LCD digital display board read: FMLA.”

Craft breweries reverse their trend of rapid growth after several years of seemingly one opening on every corner. “I don’t know what went wrong” says Craft Brewers Association President Porter O’Brown. “After their brilliant marketing campaign with golf, we enlisted the National Golf Foundation’s brain trust to help us grow our industry. Who knew we couldn’t all be profitable?” Shortly after O’Brown’s interview, the NG F declares information about their erroneous data research and business forecasts fake news.

And finally, the most spectator friendly, un-USGA price gouging, held on the most well-conditioned golf course in the world, surrounded by the best artificial environment science and Mother Nature could create, free parking, Neiman-Marcus like merchandise area, best egg salad sammich, yes I had my ticket revoked last year because of my sarcasm here, hoping to get them back this year... the Masters prediction:

Tuesday night turns into bedlam as the annual Champions Dinner takes place. The festivities start off well enough as pleasantries are exchanged, guests are seated and the meal takes place. But afterwards, as old memories are recalled and new stories are told, the conversation gets heated. Following Augusta protocol, communication is jammed on the grounds and within 500 feet of the National’s perimeter, but motorists on Washington Road can’t help but notice the dozen or so cop cars and eight EMS units screaming down Magnolia Lane. TMZ catches up with a few former champions hanging out in John Daly’s RV parked at the local Hooters and finds a recent champion more than willing to speak.

A bruised Jordan Spieth says “Faldo started it all by asking us all how it feels to keep getting our arses kicked in Europe. When Phil tried to explain, Garcia said ‘Yeah Philly Cheese, how’s that task force thing working out for you?’ Then Reed attacks me verbally for dumping him. I said something like ‘Hey Patty, I thought your wife did all your trash talking for you.’ Next thing I know his wife comes out of the kitchen and sucker punches me. All gloves came off then as Gary Player says ‘Hey Goalby, what are you laughing about? If Tommy Aaron could count you probably wouldn’t be here!’ Then Mike Weir stands up, prompting Bubba to drop the F bomb and accuse him of being a disgrace to all lefthanded golfers by showing up every year, shooting a couple of 83’s and missing the cut. After that plates, food, and fists were flying fast and furious. I look around and Watson drop kicks

Mickelson in the privates, Tiger and Fuzzy are going at it, and O’Meara is giving it to Freddy about being just another pretty boy but for a few blades of grass in 1992. Order was finally restored when Crenshaw enlisted the spirit of Harvey Penick, who asked everyone to stop and focus.” On Thursday, after 36 hours of non-stop media coverage, Masters officials declare that none of this ever happened and it is simply fake news.

So once again, you have the best my small brain can conjure up. Last year, I said I wasn’t going to do this, but as I write this, the stock market is down 8% over the last couple of weeks and my bitcoin investments are tanking at the rate of 84%. The old clock is ticking towards 65, which means I need all of you to send $500 or more dollars to 1901 Goodyear Blvd if you want to continue receiving this valuable info. I’ll trust in your goodness as I head to our entrance to install a larger mailbox.

This story is from:
Virginia Turfgrass Journal - January/February 2019
by leadingedgepubs