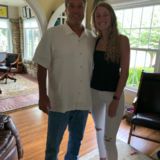 "Lawrence J. O'Bryan is currently the owner and CEO of TPC-KY, Inc., a label manufacturer in Louisville, KY. TPC-KY is the primary label supplier to GE Appliances in North America and a key partner with Black & Decker, Thornton's and several other regional and national accounts.