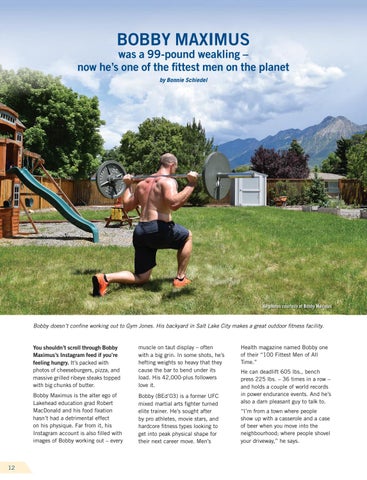 All photos courtesy of Bobby Maximus

muscle on taut display – often with a big grin. In some shots, he’s hefting weights so heavy that they cause the bar to bend under its load. His 42,000-plus followers love it.

Bobby Maximus is the alter ego of Lakehead education grad Robert MacDonald and his food fixation hasn’t had a detrimental effect on his physique. Far from it, his Instagram account is also filled with images of Bobby working out – every

Health magazine named Bobby one of their “100 Fittest Men of All Time.” He can deadlift 605 lbs., bench press 225 lbs. – 36 times in a row – and holds a couple of world records in power endurance events. And he’s also a darn pleasant guy to talk to. “I’m from a town where people show up with a casserole and a case of beer when you move into the neighbourhood; where people shovel your driveway,” he says. 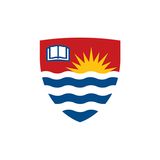