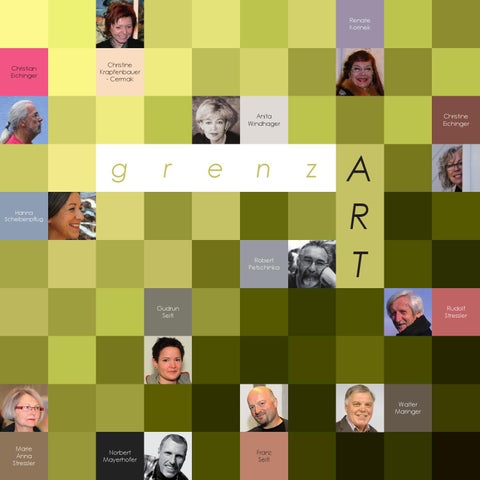 “Each man must look to himself to find the meaning of life. It is not something discovered: it is something molded.” Antoine de Saint-Exupéry

The painting is about people and the variability of their emotional worlds. As puppets of his soul reveal themselves; abstracted body with a few delicate lines in an expression of universal psychological moods. Faceless, they appear to be interchangeable at first glance. Each can be anything. Frequently they merge with a - if the same horizon liable - deliberately reduced background. A Modern metaphor for the fleeting time-limited relationships. The works are abstract, but not informal. It is naturally produced in the old casein tradition, colours create harmonious tones. And although they were used in cave paintings, they seem surprisingly contemporary. The artist uses many layers of glaze on fine raw-canvas, and thus gives validity to the image of timeless space. The result is idiosyncratic, emotionally charged compositions that draw the viewer into their spell. atelier@artani.at www.artani.at

CHRISTIAN EICHINGER Christian Eichinger is a realistic painter. The classic painting is important to him. Using the knowledge and the technique of the old masters in his personal world of images, he builds his base. Experimenting again and again, leads him to new terrains of art. Right here, the artist demands the interested observer to follow his thoughts. The resulting images are often only apparently abstract. The fact that they arise from a real image idea, many of these abstractions represent distortion, reduction, sometimes simplification and internalization. As disintegration in a world of spirits, the sight is replaced by feelings. c.eichinger@kabsi.at www.c-eichinger.at

CHRISTINE A EICHINGER Objects, figurines, sculptures and paintings. Clay, paper clay, china. Often associated with morbid eroded metal fragments. Printed and texted with screen-print and written elements. Sometimes mounted on large objects. Often written or scratched on paper-thin sheets of clay. Coloured with oxides, metal salts, engobe or a glaze. Or just polished and smoke fired. These are the foundations for the work of the artist Christine A Eichinger. She closes her eyes. From her thoughts arise ideas, intuitiveness, and imaginativness. Conversed they became objects, figures, sculptures and paintings. c.eichinger@kabsi.at www.c-eichinger.at

The Austrian glass artist and sculptor Renate Korinek first worked with glass during her studies in the 1980’s at the University of Applied Arts in Vienna and was able to perfect working with hot glass in the USA. Korinek has exhibited internationally in galleries, museums, and churches (for e.g. Semper Depot Vienna, Gerhard Marcks Sculpture Museum in Bremen). For Korinek, it is transparency and the wide dimensions that give hot glass its suspenseful shape. With the power of the furnace flames, Korinek transforms the energetic medium into sculptural forms – up to four meters in size. Combined with steel, wrapped in wire, her works transmit a deeper insight.

KRAPFENBAUER-CERMAK was born in 1970 in Linz. She lives in Hollabrunn / Lower Austria. She works as a chemist at the Austrian Agency for Health and Food Safety. Being self-taught and using mixed media; acrylic, sand and pastel are applied in thin layers. The artist wants sub surfaces to shine through. Her work embraces the fields of successions and generations. She shows what´s behind all this. Together they provide the basis for structure and depth. Each and every element has a supporting base, but still it is just one of many. The collective sub consciousness is the central theme of the series “The Ancestral Danube”. The town and her residents´ affective memory are inextricably linked with one another.

An Austrian artistic painter, he lives in Kirchberg am Wagram, near Vienna. He is a member of Galerie grenzART in Hollabrunn and Galeria „U Jaksy“ in Miechow. The subjects of his paintings are anonymous people. The technique used is casein tempera. While some parts of his work are dimly suggested, other allegedly important areas such as figures are precisely carried out. He lets the diluted paint run across the canvas in a way that figurative structures are not formed by clear brush strokes but by incorporated elements of paper and molino. He uses a form of collage and decollage and he works with a wide range of materials and techniques which enable him to create unique effects and atmosphere.

Austrian contemporary artist, born in 1952, he lives in Vienna and Lower Austria. 1968-69: Private studies with Prof. Adolf Frohner. Since 2005; free graphic art-design with a main interest on acrylic paintings. Mayerhofers artworks deal with various parallel universes and individual realities. Born out of cryptic associations they carry the viewers into emotional situations, in which logical laws don’t seem to exist. That’s why somebody may call his art surreal even though it’s conceptual. At second sight you can realize that all his imaginations have a main target: to break through our every-day ways of sight and feelings and to reflect it. The artwork is a dialectical process.

ROBERT PETSCHINKA I live and work in Obermallebarn, in Lower Austria. The most important topic in my art in general and specifically my paintings is the human being. My motto is: “one pencil and a dream can take you anywhere”. I got my first artistic impulses; which had a big influence on my way of working and the style of my art from the Gothic style and its expressive power on one hand and the very simple figuration of African sculptures on the other hand. Later my work was mainly influenced by the German expressionists. What I can clearly say about my life is that it´s all about creativity and I´ve always tried to convey my creative way of thinking and acting in different ways; courses, exhibitions, seminars and workshops complete my artistic life. I really enjoy expressing my ideas in every way I can – especially through paintings, drawings, sculptures, but also illustrating books and magazines. www.grenzart.org/kuenstlerdetail/43

HANNA SCHEIBENPFLUG SCHEIBENPFLUG was born in 1955 in Vienna. She attended the University of Applied Arts, since 1979 has been a freelance designer and journalist. From 2012 freelance artist with a studio in Oberstockstall, Lower Austria. Gallery Blue Atelier Graz, Maringer Gallery, Gallery GrenzART, gallery Hodonin Works in private and public Annual participation in the days of open studios Courses for watercolour, acrylic, pressure „To love the good God is now again not that he gives to him who has no content of the form“(Alfred Hrdlitschka) kunsterleben@hannana.at www.hannana.at

FRANZ SEITL GUDRUN SEITL SEITL studied Biology in Vienna. He works as an IT-specialist. Despite of (or maybe because of) working in front of a computer all day, at night organic-looking, usually quite big, ceramic deep sea creatures leave her studio after slowly and comfortably emerging beneath her hands. When time is in short supply, tiny lines, dots and colour blends are created with polymer clay and formed into unusual jewellery, a counterpoint to the massive sea-creatures already lurking in every corner. „Nesselbruch“: reminiscent of a cnidoblast, a sometimes poisonous cell situated on the outer skin which is responsible for the stings delivered by jellyfish. In his case, the sting has already been delivered, the creature is comfortably settled.

Born in 1963, lives and works in Lower Austria as a graphic designer, illustrator and artist. After 20 years of working mainly in printmaking and painting his current fascination goes towards three-dimensional works. „Mixed Media“ is what he calls the variety of construction, adhesive and structural materials from which his seemingly fragile sculptures – chaos creatures, guardian heads, and amorphous structures – are made. Ranging from elegant, reduced forms to threedimensional caricatures whose wit is often only revealed at a second glance. The surfaces of the objects present themselves as rough, jagged and rusty. Symposia and work trips to Germany, Slovakia, Czech Republic, Hungary. He conducts art classes, workshops and exhibitions.

STRESSLER was born in 1952 in Hollabrunn. Since 1984 she has collaborated closely with Rudolf Stressler. Capturing life with all her senses and expressing thoughts without a single word but through a combination of different materials and techniques is her vision. She uses clay, scrap metal, glass, wood and colours.

Born in 1944 in Karlstein/Thaya, Rudolf Stressler settled down in Hollabrunn in 1966. Since 1984 he has shared a ceramic studio with Marie Anna Stressler. After his first attempts on the potterÂ´s wheel more than 40 years ago he never stopped experimenting with selected clay masses and also built various kinds of ovens to see the impact on the glazing. His work often shows combinations of ceramic with bamboo or metal rods. Plain shapes and special glaze techniques make his exhibits esthetical works of art. 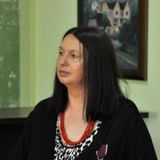