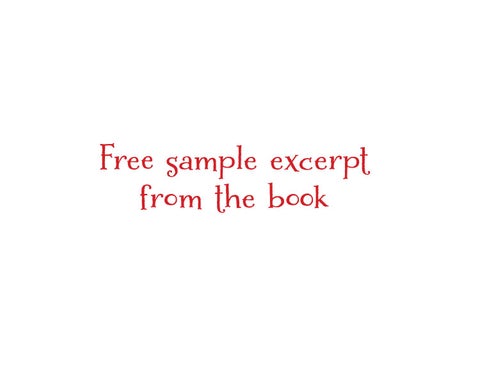 Free sample excerpt from the book

So early the next morning, while the house was sound asleep; Charlie tip-tip-toed and left without a peep.

Soon his footsteps crunched with snow, a bite was in the air. The smells of earth and whirling winds whispered he was there.

Across the bright horizon shone a furry coat of white; as the boy approached he saw a bear... to his delight! Yet inching even closer, a sadness filled the air. “What’s wrong?” Charlie asked of the little polar bear.

â&amp;#x20AC;&amp;#x153;Years ago at this time bears fished out at sea, hunting seals from ice floes catching two and sometimes three. But temperatures are rising, and ice is slow to freeze,â&amp;#x20AC;? explained the polar bear stretching out on his knees.

“When ice floes don’t form, bears have less and less to eat. Catching seals without ice is a difficult feat. So we sit and we wait and we find kelp to munch. If you weren’t so friendly I’d eat you for lunch!”

Then Charlie left the bear, and headed for the sea; he had much to explore and many animals to meet.