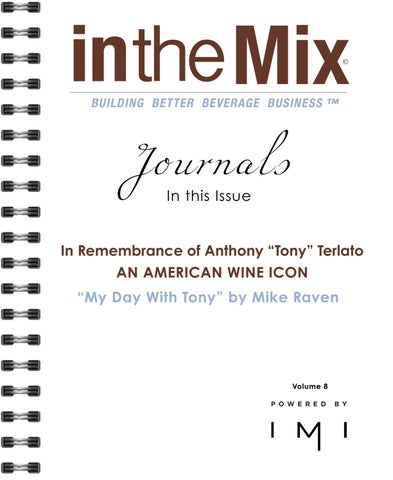 Journals In this Issue

It was fall of 2013 when I flew up to Chicago to interview Anthony “Tony” Terlato for a cover story in in the Mix. As the driver pulled into Tangley Oaks, the majestic mansion that holds the headquarters of Terlato International in Lake Bluff, Illinois, I was in awe. I have been to a lot of chateaux and European headquarters in my day, but this place was special. Being a car buff, I immediately noticed the immaculate red Ferrari parked right in front; I later learned that was Tony’s. Of course it was! LEFT: I wanted to do a special magazine cover for him, so I conferred with my designer, Kester. She suggested we use a painting of Tony instead of a photograph of him. We secured her friend and local Atlanta artist extraordinaire, Suzi Selman, to do the watercolor painting. Tony loved it!

We started in his elegant yet very personalized second-story office, where I could view the expansive manicured wooded lawn through the lead-paned windows behind Tony. He greeted me in his typical attire — a vest, crisp shirt and tie, just like I pictured. His desk was covered in bottles, literally 20 or more. He talked about them — the labels, their shape and size — and he commented on what he wanted to do to change or update them. We did the interview in his office and he was totally prepared. It was probably the easiest interview I’ve ever done. As the interview progressed throughout the day, we moved from his office to the dining room for lunch with his sons, Bill and John, and the entire staff. It started in the kitchen, where Tony is at his best. We tasted some samples from the Summer 2014 • itmmag.com

chef and sipped on a Berlucchi Cuvee ’61 Rosé. What a treat! After lunch, we talked more and he invited me into the living room to have a cigar. “Of course, I would love to,” I said. Once we were seated in the beautiful living room with a view of the magnificent grounds, he asked, “Would you like me to cut your cigar for you?” “Please,” I said, as he precisely cut away the end of a Cuban Romeo y Julieta Churchill. It, like the lunch, was superb. Quality seemed to be in everything he did. We continued with the interview, laughing and chatting about the wine world. He was very interested in our magazine, and my background as a distributor and how I did business. As time went on, I had to excuse myself to catch my plane. “Nonsense,”

he said, “we’re having too much fun and I have set the day aside so we can talk and get to know each other.” Tony called out for his assistant and asked her to find me another flight. She did, and I had a business class seat back to Atlanta. After another hour or so of intriguing discussion, it was time to leave this enchanted meeting and head home. As the driver left the mansion, I looked back and waved goodbye, thinking I would never forget my day with Tony. “If you do business because of price, someone will come along with a better price and steal your business.” – Tony Terlato A link to the Fall 2013 in the Mix magazine with Tony’s interview.

FROM LEFT: Bill, Jon and Tony Terlato in the barrel room. 4 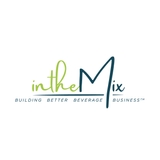 in the Mix Magazine

In remembrance of Anthony "Tony" Terlato who passed away this week. This is an accounting of my day I spent with him.

In remembrance of Anthony "Tony" Terlato who passed away this week. This is an accounting of my day I spent with him.