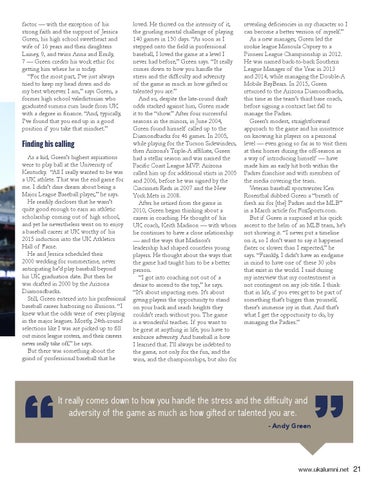 Finding his calling As a kid, Green’s highest aspirations were to play ball at the University of Kentucky. “All I really wanted to be was a UK athlete. That was the end game for me. I didn’t dare dream about being a Major League Baseball player,” he says. He readily discloses that he wasn’t quite good enough to earn an athletic scholarship coming out of high school, and yet he nevertheless went on to enjoy a baseball career at UK worthy of his 2015 induction into the UK Athletics Hall of Fame. He and Jessica scheduled their 2000 wedding for summertime, never anticipating he’d play baseball beyond his UK graduation date. But then he was drafted in 2000 by the Arizona Diamondbacks. Still, Green entered into his professional baseball career harboring no illusions. “I knew what the odds were of ever playing in the major leagues. Mostly, 24th-round selections like I was are picked up to fill out minor league rosters, and their careers never really take off,” he says. But there was something about the grind of professional baseball that he

loved. He thrived on the intensity of it, the grueling mental challenge of playing 140 games in 150 days. “As soon as I stepped onto the field in professional baseball, I loved the game at a level I never had before,” Green says. “It really comes down to how you handle the stress and the difficulty and adversity of the game as much as how gifted or talented you are.” And so, despite the late-round draft odds stacked against him, Green made it to the “show.” After four successful seasons in the minors, in June 2004, Green found himself called up to the Diamondbacks for 46 games. In 2005, while playing for the Tucson Sidewinders, then Arizona’s Triple-A affiliate, Green had a stellar season and was named the Pacific Coast League MVP. Arizona called him up for additional stints in 2005 and 2006, before he was signed by the Cincinnati Reds in 2007 and the New York Mets in 2008. After he retired from the game in 2010, Green began thinking about a career in coaching. He thought of his UK coach, Keith Madison — with whom he continues to have a close relationship — and the ways that Madison’s leadership had shaped countless young players. He thought about the ways that the game had taught him to be a better person. “I got into coaching not out of a desire to ascend to the top,” he says. “It’s about impacting men. It’s about giving players the opportunity to stand on your back and reach heights they couldn’t reach without you. The game is a wonderful teacher. If you want to be great at anything in life, you have to embrace adversity. And baseball is how I learned that. I’ll always be indebted to the game, not only for the fun, and the wins, and the championships, but also for

revealing deficiencies in my character so I can become a better version of myself.” As a new manager, Green led the rookie league Missoula Osprey to a Pioneer League Championship in 2012. He was named back-to-back Southern League Manager of the Year in 2013 and 2014, while managing the Double-A Mobile BayBears. In 2015, Green returned to the Arizona Diamondbacks, this time as the team’s third base coach, before signing a contract last fall to manage the Padres. Green’s modest, straightforward approach to the game and his insistence on knowing his players on a personal level — even going so far as to visit them at their homes during the off-season as a way of introducing himself — have made him an early hit both within the Padres franchise and with members of the media covering the team. Veteran baseball sportswriter Ken Rosenthal dubbed Green a “breath of fresh air for [the] Padres and the MLB” in a March article for FoxSports.com. But if Green is surprised at his quick ascent to the helm of an MLB team, he’s not showing it. “I never put a timeline on it, so I don’t want to say it happened faster or slower than I expected,” he says. “Frankly, I didn’t have an endgame in mind to have one of these 30 jobs that exist in the world. I said during my interview that my contentment is not contingent on any job title. I think that in life, if you ever get to be part of something that’s bigger than yourself, there’s immense joy in that. And that’s what I get the opportunity to do, by managing the Padres.”

It really comes down to how you handle the stress and the difficulty and adversity of the game as much as how gifted or talented you are. - Andy Green 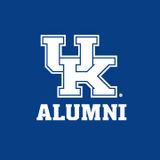