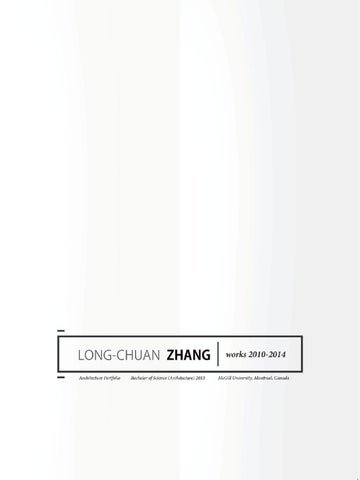 In collaboration with Pierre Thach Winter 2013

The astronomy museum in the Atacama Desert seeks to provide spectators an ambience, which is elevated from our everyday experience of the world. Through levitation and isolation, the museum eliminates the distracting influences of an urban environment. Through boundless space, the structure aims to transcend the limitations of time and space.

Atacama Dessert An ideal place for star gazing, Atacama Desert draws thousands of visitors every year. Viewers can glimpse an unpolluted and breathtaking view of the night sky.

The long and narrow passage frames the sky above; while at its terminus, a room leads to the levitating reflection plate atop the astronomy museum.

The elevated levitating plate is a truss structure, separated from the bottom. Reflective metal panels form the plateâ&#x20AC;&#x2122;s surface.

This infinite-seeming floor to ceiling glass on the north side of the museum provides a boundless view of Atacama Desert and Sairecabur Volcano . From inside the museum, perforated metal panels hang below a layer of translucent glass, creating a shimmering effect in the museum.

Detroit’s post-industrial era is one that is marked by an urban fabric scarred with abandoned, derelict structures. Once symbols of the city’s prominence in America’s rise, these buildings are now widely regarded by policy makers as dens of vice. Over the years, numerous revitalization projects undertaken by the administration, consist either of reconstituting or bulldozing vacant lots have been met with mixed success, as seen with the city’s recent filing for bankruptcy. Despite good intentions, public servants have remained to this day evasive on the actual issue that hampers the city’s development. Understanding the scope of such a dysfunctional urban issue by no means equated to finding a solution for to the problem, but was rather to explore the intrinsic relationship between architecture, urbanization, and sustainability. What often eludes Detroit development plans is direct allusion to the fragile relationship between its urban and suburban environment. Car culture, coupled with manufacturing collapse and the white flight, has all but shifted the traditional dynamic that prevails in other cities, wherein the downtown core is the center for ludic and work related activities. In the case of Motor City, its satellite towns have now largely outpaced it in terms of standards of living. This is exemplified by the ‘edge city’ phenomenon whereby diversification of suburban malls that now increasingly combine play and work to rival that of the city. This poses a major threat to Detroit’s delicate urban fabric and is set to worsen the city’s abandoned buildings issue.

The diagram shows the two interconnected parts of a system through the exchange of energy. In this way, connectivity between the two is restored, creating a symbiotic urban entity. Stacking a suburban typology on top of a distinctly urban building enables previously separated programs and utilities to become intertwined. The project conceives a prototype solution by overlaying a suburban layer on top of a derelict urban structure, which for the purposes of this case study is the Book Tower, one the largest abandoned lots in downtown Detroit.

Critical to the integrity of the architecture is an equitable exchange system, by which top and bottom mutually benefit from one anotherâ&#x20AC;&#x2122;s programs and utilities. A suburban typology, designed solely for living, is brought in above the existing building and with it, comes a requirement to service a multitude of needs to sustain its inhabitants.

The new superimposed condition naturally leads the Book Tower to cater to these needs by boasting a system that provide heated water and electricity to support residential mains above. Similarly, water from rain fall is collected and sent down to the existing building, thereby generating a relatively constant source of water for public programs to operate.

Their usage of heated water produces leftover steam that is recuperated to further power electrical needs above via district heating. Through such a system, top and bottom are tied to each other and form an indivisible whole.

Two massive walls extend above the Book Tower, forming a multistorey atrium space in between them. A 10x10x10 framework(See Plan) is connected to the outside face of the walls, and structurally holds up residential units and their associated spatial plots.

The Childrenâ&#x20AC;&#x2122;s Museum in Montreal is an investigation on the cognitive experience of Children. Through an alternating experience of separation and unification between dream world and reality, the museum create a learning experience that gives children freedom to explore while interacting with the real world to create their own understanding of the reality. The museum, situated on the bank of Lachine Canal, is between an newly developed residential area and Griffin town .developments on the horizon. The museum not only provide programs for the children, but also open public spaces overlaid on top of the museum, creating an overlaying and contrasting experience.

Overlay A layer of surfaces superimposed on another. On top, the surfaces create zones of public spaces, while the museum is housed at the bottom. The two intertwines and intersects at points. At those junctions, the museum merges with the outside world. New programs such as a theatre and rockclimbing space emerge to further elevate and transform the learning experience.

The project is a political interpretation of the dissonance between students of Quebec and the academic authorities. In the winter of 2012, thousands of students protested against the raise in tuitions. In the struggle against the institution, the Art Gallery at McGill dedicated spaces of reconciliation for dissenting students and opposing authorities. The art gallery provides a symbolic harbour for students while under the institution itself, providing a hidden and concave landscape at the ground floor for student activities to occur.

Space of Reconciliation This is a map of proposed activities throughout the day for students and authorities at different levels in the building. Two sides occupy different spaces in the building. The buildingâ&#x20AC;&#x2122;s purpose is to provide spaces of interaction at certain times of the day between the two parties on the opposite side of the political spectrum.

Architecture The building is divided to two parallel parts, with the institution sits on top of open spaces and a sub-level for students. The bodies are connected by cores, which act as both symbolic and physical spaces for reconciliation between the two opposing bodies.

The project represents the evolution of a species. Three separate external environment induce different kinds of mutation and distinct stages of natural selection through variation of light intensity. The difference of environments was created according to the principle of competitive exclusion. According to the principle, no two species can occupy the same niche in the same environment for a long time. Therefore, in order to decrease competition among one specie, it would eventually develop different kinds of populations, which would adapt to various environments. Three light sensors are embedded at three different locations of the board. By detecting varying light intensity in each of their environment, each sensor signals different instructions/mutational reactions to its connecting servo.

Evolution Through the evolution analysis, the information of each sequence is fed to the motors as binary instructions: turn angle and turn direction. The design of the mechanism on top of the servo is to magnify this differentiation to express the alteration more explicitly, as if between similar species but different mutational and adaptational choices.

Beijing is currently experiencing the greatest internal migration in human history. Large number of the population in Beijing is transients who come from rural areas desperately hoping to make a living during their short stays in the city. In 2013, a total of 7 million migrant workers made Beijing their temporary home. However, an incomplete social system for the transients have left many migrant workers in despair.

The project provide a strategic solution to accommodate the transient natures of the migrant workers. A system of scaffolding system is developed to provide the frame work for prefabricated dwelling units. The residual spaces provide an effctive opportunity for implementing this system. It not only gives the migrant workers and sense of physical space and belonging, it also serves to reinvigorate the highway dead spaces in the urban fabric.

By coupling the wasted land under and around the elevated highway system in Beijing and the needs of the migrant workers, communities with service, open public spaces in addition to dwellings for the transients are created.

A transient city for the transient workers, the city acts as a sponge and grows and shrinks with the population. As developments of the city saturates. The phenomenon of the internal migration will recede, while the infrastructure of the city will remain for the populationâ&#x20AC;&#x2122;s future needs.

New Orleans of 2064 will have been a city completely submerged by rising tides. Whatever semblance of safety the city’s levees once provided is merely a phantom... a memory. With the waters left unchecked, residents are left to fend for themselves as they seek higher ground lest they be swept away by the flood. Out of the many challenges they face, one critical aspect is the perils of dwindling water and food supplies , which the inhabitants will have to face by roaming the landscape in search of what little resource lie above and below the waters. Fortress Barge - The house of the future addresses the scarcity of resources as natural disasters are increasingly felt. Akin to a signal beacon at world’s edge; it predicates its existence by foretelling the dangers of taming the wild. Self-reliance is Fortress Barge’s mantra; shouldered by everything from storage to power-generating devices. However, the dwelling seeks not to be solely defensive nor a piece of resistance. In the most dire of times, its dwellers may put faith in the barter economy or seek out the hunting-gathering way by out competing potential adversaries. For all its strength and beauty, it bears testimony to man’s unvanquished desire to be closer with the elements and to re-politicize the climate change impasse. Fortress Barge is a repository of past wrongs and lessons unlearned.

Architecture Sitting atop the deck. The inhabited area is protected in the front with a heavy metal wall. At the back, a wall of resources gives the dwellers immediate access to the essentials while countering the weight of the front wall for buoyancy.

Spatial Organization Service spaces on each level are organized and compartmentalized all along the defensive wall, achieving the same rhythmic detail as the outer facade. In addition, everything from furniture to the counters and even to the floors themselves , can be shelved and hidden from view as desired by the occupants via rotational mechanisms. The floors are pierced by a shaft, allowing for an interchangeable ladder to define vertical circulation throughout the spaces.

The project explores the overlaying effect and emotional continuation of spaces. Opacity and translucency of space are merged together to create various dimensional depths.

â&#x20AC;&#x153;Bird cageâ&#x20AC;? is a formal and conceptual exploration of movement through space. The dynamic movement of leaves rotating in the wind aggressively expands outwards. 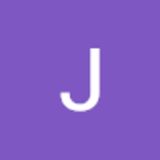