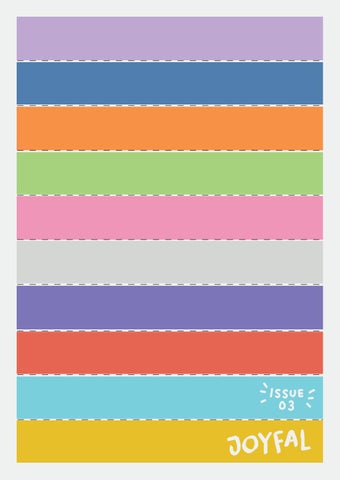 1. Grab a pair of scissors and cut along the dotted lines on the cover of this booklet. 2. Take a strip and tape, glue, or staple the ends together to make a loop. Repeat until you run out, linking the strips as you go! 3. Hang up your paper chain for everybody to see!

FRIENDSHIPS BRACELETS &amp; POSTCARDS at King Charles CE Primary School From January until March, we spent our Friday afternoons at King Charles CE School, running Joyfal workshops for each year group, based around the theme of friendship. We taught pupils how to make friendship bracelets for each other and designed a new range of postcards for the children to colour in and give to their friends and family. The children especially loved the Joyfal stamps we made to stick on the backs of their cards! We received really positive feedback from both pupils and staff. It was so much fun to work with a younger audience â&amp;#x20AC;&amp;#x201C; the childrenâ&amp;#x20AC;&amp;#x2122;s excitement and enthusiasm for our project was contagious!

Step one: Take three bits of string, each two and half times longer than needed!

Step two: Stand opposite a friend and each grab an end of the threads. Pull the threads tight, and twist in different directions.

Step three: When you canâ&amp;#x20AC;&amp;#x2122;t twist it anymore, fold the threads in half and watch them spin together!

Step four: Tie a knot at the loose end of the threads.

Step ďŹ ve: Find the loop at the other end and push the knot through it!

Step six: Ta-da! You have a friendship bracelet, now go and give it to someone you love! 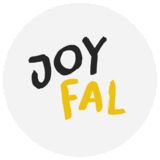