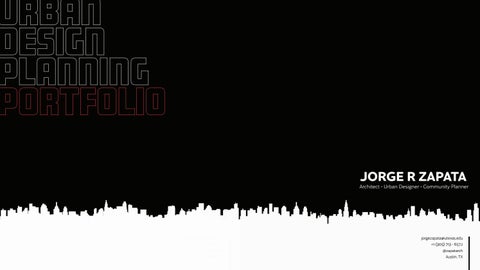 This Urban Design and Landscape Architecture proposal analyses and projects Interbay area in Seattle as a future connector between neighborhoods, enhancing social and

ecological systems will complement each other, promoting social interaction with affordable options to live near

ecological conditions of the site.

downtown and consolidating a connection with the rest of the city.

Interbay acts as a barrier for a possible low green loop

Completion of the loop considering risks and constraints

the train in cascadia

the train in seattle

is infrastructure that connects the region and constitutes an important

serves industry and transportation but operates as a barrier blocking

for Seattle proposed in the early 20th century the connection bet-

feature for the economy, industry and transportation within its cities.

the connection between neighborhoods.

are an important constraints in the area, both aspects are considered

is currently designated as an industrial zone and is located bet-

activities. There’s potential to connect this project with Discovery Park.

Transit connections that currently operate as barriers for pedestrians are treated to allow walkability and respond to new public spaces that serve the neighbors. Two new light-rail stations are incorporated to allow public transportation to activate the area. Water management systems such as bio-filtration and retention are incorporated to main streets and green corridors as visible features.

The new Interbay Park brings to Seattle a new urban park that take advantage of views in the area while allowing a relation with other important green spaces proposed in the Olmsted Park Plan such as Discovery Park and Elliot Bay Trail. The park allows the train to continue underneath and use that space to create new industry in relation to the railway.

The City of Compton launched a specific plan for the area surrounding the Blue Line’s Artesia Station, intended to guide land use around the busy transit hub. Artesia Space is bordered by a large swath of industrial land to the south and west, with a residential community and the Gateway Towne Center to the north and east. The master plan identifies several underutilized plots of land within this area as potential opportunity sites for mixed-use developments.

Using Participatory Action Research (PAR) as a method, a group of students and the NGO Barrio Esperanza worked with La Campana neighbors to envision and plan projects in their neighborhood according to their priorities – demonstrating how PAR can move planning projects forward, by listening, engaging, and participating in the process with and alongside the community. Our work supported the community’s transformation of an empty, trashed lot into “El Parque de los Niños,” a new pocket park for use and named by the local children.

Learning from the place and the neigh-

Naming the park with the children and

The playground was installed and ready

bris and starting to build the park.

to use while the park still in process.

In November 2019 the Mexico Studio was awarded the “best Student Project Award” by the Texas division of the American Planning Association.

The project takes place in a territory of opportunity and vital importance in Buenos Aires Metropolitan Area: San Fernando, and more precisely its channel. The proposal revolves around ownership, idiosyncrasy and a reasonable urban approach consistent with the place. The resulting scheme is public space and mix-use development that continuously dialogues with the water, social spaces, green features and in which different types of low and medium height coexist, with repurposed industrial preexistences

which brings particularities and defines the identity of each of the blocks.

Allows the connection with the city and incorpo-

Ships and boats are important means of transporta-

rates a boulevard with bus and bike lanes.

tion in the area, so the canal is recovered for its use.

Being a suburban area, the treatment of the edge, and more precisely the encounter of the city with the river should respond to variables such as context, idiosyncrasy, the relationship between the uses that are going to take place in the territory, and primarily the prioritization of public space that provides quality of life to the people who inhabit it. The identity of the Delta is defined by the relation with natural ecosystems.

about me Jorge R Zapata

Jorge Zapata is a Colombian-American architect with previous experience working in Argentina, Colombia, Mexico and the US. Currently, he’s pursuing a dual masters degree at UT Austin. He has a great interest in urban issues, design, technology, research and production of knowledge through discipline and teamwork. His professional practice has been based primarily in Buenos Aires, Argentina, where he worked for a relevant local architecture firm in public health and education projects in addition to private housing. Recent experiences include conducting research for the award winning Mexico Studio: En-

gaging Urban Informality in Metropolitan Monterrey, and working as an Urban Design Intern for Skidmore, Owings & Merrill. LLP. in San Francisco, CA. Jorge is a proactive person, who is attracted to challenges, and who understands that each academic or work experience is an opportunity to incorporate a personal imprint, and at the same time to grow professionally. His experience with different kinds of projects and with teaching has been key to find a path of commitment and personal fulfillment. A passion for languages, cultural diversity and photography has also been essential for his process. 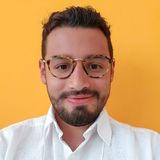