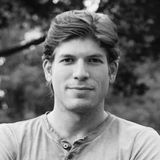 Jordan Douglas Brown is a film professional living in Los Angeles. As a child, he always had an affinity for storytelling. His family hoped he would follow in his father's footsteps and become a lawyer, but Jordan knew that his passion was in film. He graduated from University with a double honors in business and film studies before enrolling at the prestigious Vancouver Film School. Here, his studies focused on directing and producing. The first short film that he created, Temporality, was chosen by the administration to serve as marketing for a new state-of-the-art film studies campus located in Shanghai, China.