A PUBLICATION OF THE OLD FURNACE ARTIST RESIDENCY

INTRODUCTION “FERMENT.” I never really know what to think when I hear the word. It agitates. It gives me a queasy feeling in my stomach. All of its positives, its negatives, its origin, its appropriation, its benefits, its messiness, its outcomes—it is a lot to take in. The thought of that waiting and anticipation whirls and bubbles, extracting my energy as I try to break it down. Maybe it’s the Los Angeles in me. Fermentation is not convenient or quick, it goes at its own pace. If it’s done right, it’s not up to you or me, it’s up to the process. But ferment as it relates to socially engaged art? For some reason, that transforms my reaction. Thinking of ferment in terms of communities taking time to build, or as a response to prolonged injustice, or as a way to question changing trends of literal fermentation, or, or, or… This issue of SLAG MAG looks at socially-engaged art through the lens of FERMENT. The art speaks to the range of impacts and reactions that the word embodies. Some of the artists in this issue speak directly to the theme while others have woven it into the chemical makeup of their work. The breadth of interconnected topics and goals of each artist makes this issue incredibly unique with a drop of chaos, an ounce of tension, and a lot of change. My tip for you: consume slowly and intentionally, and to a certain extent, expect the unexpected. — IVY HURWIT, guest curator

to how the social and culinary significance of

commercialized and come to the fore in the

to preserve foods has been around for

achieved a niche of its own, has become the

and products have been increasingly

health economy. The practice of fermentation

the ferment has been dissolved in HEALTHY

thousands of years. More recently it has

The Omnivore Bistro was founded by curator

team has been working on art and (molecular)/

gastro-hacking and DIY methods and believes

ferment itself, the ferment is presented as a product of health food market.

gastronomy focused speculative scenarios, that “food” is a common ground for all. As part of the Omnivore Bistro project,

This project aims to speculate on social

societal processes such as symbolic value

economy in a nuanced way and expands

and social economy of food in a nuanced way.

designed. The menus debate on economical,

The Fermented Menu commodifies the

conditions of changing eating trends and

in economy of well-being and experience

realities for imagined futures have been

ferment by a willingness to attract attention

culinary and ecological implications of performances with different themes.

FERESHTEH TOOSI Do not open until 2021 A food, culture, municipal regulation, and seven-year pickle project

After consulting family recipes and traditions, I held a number of interactive events

that addressed the intersection of food and culture. â&#x20AC;&#x153;Do not open until 2021â&#x20AC;? focuses on Persian new year traditions and the practice of making Iranian pickled garlic

(torshi-eh seer), known as Seven-Year Pickle because it is best eaten after being aged several years. I contrasted the traditional Iranian folk methods of pickling vegetables in large clay pots and aging them in cellars, with the more strict rules of Chicago,

Illinois health codes that prohibit commercial kitchens from canning because it is considered a risky food preparation process.

TABATHA LENDQUVIST A Living Poem, Ongoing performace art project begun in 2014 If we were but a vehicle to expose the

most players possible. Tweaks that both

community gathered in space and time only

the process more available and inviting to

structure of a community, a temporary

players. The effects, I have discovered, are

once; a passing community, a transitory

both immediate and profound for myself and

community? Perhaps a community we were

the players. It is an experience that manifests

embedded in or an outsider of? Could we

in a physical energy, an unparalleled place

become a mirror of meaning? Could we strip

of knowing: Although the meaning for all is

ourselves entirely of person and reflect only

as varied and unique as the individuals who

that which we take in, reflection unedited?

participate, there exists a resounding, almost

A Living Poem was conceived, in part, as a

way to express my simultaneous feelings of interconnectedness and dissociation with

the communities to which I was involved in;

for a “gift of phrase”, could I somehow more

“I love you always!

personal, professional, academic. If I asked

A rose by any other name…

boundaries of a community consciousness?

Please have a nice day.

I had to become not me, a fictional version

It will be the artists and you too.

of an idea of culture, somewhere between

How is it now?

human and something of folklore, but

My gift is of magic and transformation.

without a definitive identity as a singular

To eat a dream…

person. It is a game, you see. A playful act.

An experiment in wordplay and the effects of

words lived. An experiment however that was completely dependent on my presence and

willingness to participate, to simply show up. You cannot see “me”. You cannot hear me. To activate requires the gift of word or

phrase. Then the game is simple, I record

and repeat what is gifted. Always backwards from the most present gift through to the first gift of the happening. I do not alter, I do not edit. Whatever is gifted is then

given through spoken word in whole. A poem that lives, created in a moment by many and that is temporaneous in nature. Each new

happening is a new poem, because the poem is defined by those who contribute.

This work is forever in progress. Small

tweaks are made as I work to entice the

Goodnight, don’t let the bed bugs bight. What a vision!

Be your awesomeness. What is love?

All the freaky people make the beauty in the world.

Light at the end of the tunnel. Practice giving.”

SHAUNA LEANN SMITH I Feel It (Everywhere), Solo exhibit at Missouri State University, 2016 Image from a 3-hr live performance with a sledge hammer

Text title: Mattress Ever since I was a young girl I have had two recurring nightmares.

I would turn the corner at my elementary school and be met with a knife. He would stab me repeatedly.

The other I wake impregnated and I spend the rest of the dream fighting to prove my innocence, that this happened to me, and that I wasn’t bad. You do not have to be good. The child’s plastic bed covering only protects the mattress.

I would lay still, silent, cemented. Intruders creeping up the sheets. I can’t feel this. This is not happening. You are not affecting me. Finally I locked the door. That was my first protest. You do not have to be silent. On the floor, stains from the past owner’s children, crumbs, hair. This is where I lay,

haunted. I feel repulsion in my stomach. Gag reflexes from a toothbrush too far down the tongue.

You have survived it all. This is where I wake.

pedagogy project comprised of a series of

hands-on workshops and film screenings. It

building located in the Uptown neighborhood of Chicago.

I heard stories from the apartmentsâ&#x20AC;&#x2122; residents

about how they had overcome their exclusion from fundamental institutions: health care,

housing, jobs, and education. Many residents were looking for classes in computer literacy,

taking workshops in art, and applying to 2-year colleges like Truman, just around the corner

from their home. I created this social practice photography project in response to these stories and desires.

The name of the project comes from the book Towards a Philosophy of Photography by philosopher Vilem Flusser.

Humans in North Korea (HNK) is a social practice group that stands for human rights advocacy for the North Korean defectors in the United States. HNK educates Korean and non-Korean people about global citizenship through the complex identities

and socio-political history of the Korean heritage. HNK develops public fora, such as symposia, lecture series, film screenings, exhibitions, and roundtable discussions, to

disperse the idea of freedom in undemocratic nations. Volunteering at North Korean

GREG STEWART A Future Before It Happened/ Detective is Criminal/ Blacks Run Beer Making ecologies, 2013 At the time of this project the city of

ventures were springing up around the city, including three microbreweries. I wanted to do something that might examine this

phenomenon of growth, highlight an existing local environmental concern, and to open a dialogue about local economies/ecologies and some unintended consequences of industry.

through the city of Harrisonburg. As a result

of poor agricultural and industrial practices, bacteria levels in the stream have made it

highly unsafe for humans and other lifeforms. Blacks Run has been identified as one of Virginiaâ&#x20AC;&#x2122;s most impaired waterways.

For this project, I created my own small

brewery that uses water from Blacks Run for making beer. During the process of

fermentation, sugar is converted to alcohol.

Alcohol, in this case, acts as a filter by killing any harmful bacteria that may exist in the water, making it safe for consumption.

detailing an initial investigation of the stream, and video documentation which chronicles the history of, and recent efforts to restore Blacks Run to a healthy stream.

Saugust, named The Old Field in 1640, still retains its name and use as farmland. The

site was excavated between the 1940s and the

1970s by different archaeologists, which revealed

and 12 burials were also found on this site.

that flows into the harbor west of Greenport.

Like many other names, this was preserved in a land deed between two colonists.

The Orient Site is one of four known Orient

name from the fish shaped projectile points with distinct shoulders. During this period,

the areas used for ceremonial burials were greatly removed from habitation areas,

suggesting a reverence for their preservation. Oral stories support this hypothesis.

following, local residents flocked to the farm in an attempt to uncover more remains and

artifacts. The skeletal remains were purchased by the Bridgehampton Historical Society and displayed there for several years.

The land is largely open fields and a private

farmland, but this was taken on the driveway there. During the early contact period of 1630 to 1650, local native people were moving all the time under threat of the

English colonists. Here a settlement of 125 acres was established and set aside by the

town of Southold for the American Indians. But, just five years later, they are pushed

again to a land known as Indian Neck across the channel to the south west.

Pesapunck has always been used as farmland from the earliest colonial period to the present, but the name translates to

Island, they were described as six to eight feet tall, round, and built on the side of a brook or hill – with ten to twenty men entering and

heating the interior to extreme temperature for cleansing their mind 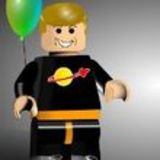