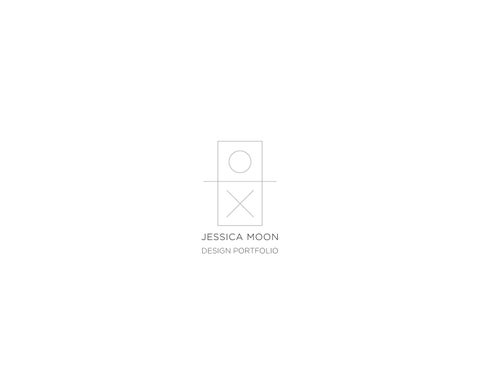 EDUCATION September 2014 - May 2018 Bachelor of Fines Arts, Emphasis on Architecture School of the Art Institute of Chicago, Chicago IL

In partnership with SOM and Philips Lighting, Luftwerk and MAS studios

Cut Drawn is a professional research project from Patkau Architects that explores various iterative processes of creating architectural spaces with intriguingly simple methods. Through designing cut patterns and pulling them first on plastic, the resultant forms foreshadow how steel would react to the cut pattern.

Treatment of conventional construction materials to create the unconventional

RESEARCH THE IDEA for Cut Drawn originated from the study, â&amp;#x20AC;&amp;#x153;One Foldâ&amp;#x20AC;? completed in 2011. Using inspiration from origami works by Paul Jackson, the idea was to translate the paper one fold technique on steel in larger scales to create instantaneous architectural enclosures. The resultant spatial configurations opened up new pathways of minimalistic construction in moving forward. CUT DRAWN is where steel is cut and drawn from two opposite ends forcing a flat sheet to buckle and create an enclosure with a ribboning spine. Unlike the first study, Cut Drawn takes inspiration from kirigami, the art of paper cutting as basis of thesis. Steel was the material of choice, being a conventional construction material full of versatile possibilities with its unique properties.

Rows of atoms move relative to each other

Small spray painted acetate sheets were initially hand cut to test all proposed cut ideations. Plastic foreshadowed cuts that would create equal distribution of force along the surface of steel. Selected cuts are tested on 1/16â&amp;#x20AC;? steel and tested for breakage and or evenness of translation between materials and scale.

IMPLEMENTATION PROCESS shots of large scale production of Cut Drawn works. Cuts are made using water jet laser cutters, then rolled to ensure an even distribution of force during pulling process. The sheet is then hung from the ceiling with movable leverage and 2 tonnes of weight were then placed beneath. The below image shows the template of various cuts on circular and rounded triangle geometries.

“Since 2013, approximately 45 Chicago Public Schools have closed due to budget cuts, underenrollment and low performance. This group of buildings average of 68,000 square feet of indoor space per closed school—this leaves more than 3 million square feet of existing space to be reimagined plus hundreds of acres of outdoor space.”

Had at least one community meeting between April 2014 - February 2016

Withdrawn from repurposing process Used / considered for reuse by CPS

The project, CREATIVE GROUNDS, will work from the premise that these places not only will have a new proposed venture that needs to be financially self-sufficient, but they will also leverage collaborative design to convey a new vision while celebrating the community’s character and identity. What if closed schools remained a learning hubs, but this time invited equal use by multiple generations? What if they were centers for learning about entrepreneurship—a new kind of community-led asset offering job training, business incubation, offices, event and fabrication spaces? What if the community could also learn about health and sustainability? Or technology and design? Equally important, the outdoor space surrounding the buildings must have a central role in this approach: What if this collective space becomes the stage for neighborhood activities year-round, signaling to the community that the building is still active, still an anchor for the community’s public life?

Therefore, an expanded scope for his effort is fundamental— one that integrates the physical aspects of site redevelopment, but also that addresses the quality of life of the community.

Maps are interactive as well as relatably informative. They are also a way of representing realities that have been, or could come to be through varying scopes of visualization.

Collaboration with the community was a key element of this large scale installation, as personal connections were drawn and integrated into the life of the work. The idea of drawing a map and identifying oneself with a closed school allowed for the public to see the closings as real individual cases of importance. The mapping installation also partnered with local youth art programs to fill the former classrooms with their own projects about what school means to them.

MUSEUM EXHIBITION A similar mapping installation was done in front of the Chicago Cultural Center in partnership with a local youth arts after school program. The scale was adjusted to the 25 ft x 15 ft sidewalk using duct tape and chalk to map out the installation. Teens were divided into groups and sections of the map were assigned to each individual. My role was to help oversee the implementation and quality of the project from start to finish.

The project was also accompanied by a museum exhibition. The installation I was responsible for provided information detailing each closed school, school demographics, and history of areas for visitors of the Jane Addams Hull House.

With the rising need for flexible diversity, a nexus of work development is needed for isolated members of society to reconnect within their local community. This can be achieved thorugh focusing on restorative developments within the context of rapid recent developments. At the forefront, elements of public space are reinterpreted to reflect these notions of radical change through free flowing and dynamic planes.

DATA RESEARCH In 2016, the 62 acre lot between Roosevelt Road and Ping Tom Park residents of Rezkoville the former Tent City had been cleared out dispersed. Oftentimes with new developments follow dispersal of isolated communities such as Rezkoville’s homeless. To design an all-inclusive social environment regardless of social class, non hierachical systems were reimagined with structural integration of a wider network of connections to generate physical framework of opportunities.

To better understand the surrounding neighborhood assets, a network diagram was mapped to visualize the connections available within a 1.5 mile radius. The map also includes zoning information on recent planned developments.

Existing housing situations were mapped out within a half mile radius of the site to grasp need for affordable housing in the area. Variations were developed in the second drawing alongside historical context and population demographics.

With the visionary element of incremental growth, revisualizing how need based expansion could be the future of public space. Non-hierarchical systems are reimagined with the population of programs that provides a spectrum of choice. The free flowing ground floor plane and the flexible elements of the frameworks begin to formulate new ways of growth that target key areas of high potential for greater social activity. Collaboration with Jakky Figueroa

The ground floor plane has the first layer of reactionary landscape in which the contain entries to indoor programs and public access to free flowing outdoor programs.

Thank you For more projects visit: