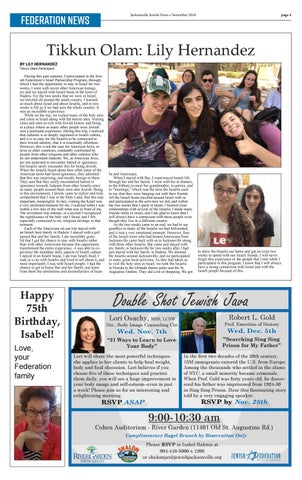 During this past summer, I participated in the Jewish Federation’s Israel Partnership Program, through which I had the opportunity to stay in Israel for two weeks. I went with seven other American teenagers and we stayed with Israeli hosts in the town of Hadera. For the two weeks that we were in Israel, we traveled all around the small country. I learned so much about Israel and about Israelis, and in two weeks it felt as if we had seen the whole country. It was an incredible experience. While on the trip, we visited many of the holy sites and cities in Israel along with the tourist sites. Visiting cities and sites so rich with Jewish history and being in a place where so many other people were Jewish was a profound experience. During this trip, I realized that Judaism is so deeply ingrained in Israeli culture, and it is so easy for the Israelis to be connected to their Jewish identity, that it is essentially effortless. However, this is not the case for American Jews, or Jews in other countries, constantly confronted by people from other religions and other cultures who do not understand Judaism. We, as American Jews, are not surprised to encounter hatred or ignorance, but Israelis rarely encounter this for being Jewish. When the Israelis heard about how often some of the American teens had faced ignorance, they admitted that this was surprising, and mostly foreign to them. They said that they rarely encountered hatred or ignorance towards Judaism from other Israelis since so many people around them were also Jewish. Being in this environment, I slowly came to realize and truly comprehend that I was in the Holy Land, that this was important, meaningful. In fact, visiting the Kotel was a very profound moment for me. I realized when I was within a few feet of the wall what was in front of me. The revelation was intense; in a second I recognized the significance of the holy site I faced, and I felt especially connected to my religious heritage in that moment. Each of the Americans on our trip stayed with an Israeli host family in Hadera. I stayed with a girl named Bar and her family. I am incredibly grateful that I got the chance to stay with Israelis rather than with other Americans because this opportunity transformed the entire experience. -I was able to experience the mundane daily aspects of Israeli culture. I stayed in an Israeli house; I ate true Israeli food; I rode in a car with Israelis and lived to tell about it, and most importantly I was with Israeli people. I had the chance to get to know Bar and her family and learn from them the similarities and dissimilarities of Israe-

lis and Americans. When I stayed with Bar, I experienced Israeli life through her and her family. I went with her to dinners, to the kibbutz to meet her grandmother, to parties, and to “meetings,” which was the term the Israelis used to say that they were hanging out with their friends. All the Israeli hosts traveled around Israel with us and participated in the activities we did, and within the two weeks that I spent in Israel, I formed close relationships with several of the Israelis. I made many friends while in Israel, and I am glad to know that I will always have a connection with these people even though they live in a different country. As the two weeks came to an end, we had to say goodbye to many of the Israelis we had befriended, and it was a very emotional moment. However, four of the Israeli teens who had hosted Americans from Jacksonville came back with us to Jacksonville along with three other Israelis. Bar came and stayed with my family in Jacksonville for two weeks after I had just stayed with her family in Hadera. We showed the Israelis around Jacksonville, and we participated in many great local activities. As they had taken us to visit the holy sites in Israel, we took the Israelis in Florida to the Orlando theme parks and the St. Augustine Outlets. They did a lot of shopping. We got

to show the Israelis our home and got an extra two weeks to spend with our Israeli friends. I will never forget this experience or the people that I met while I participated in this program; I know that I will always have a strong connection with Israel and with the Israeli people because of this.

Lori will share the most powerful techniques she applies to her clients to help heal weight, body and food obsession. Lori believes if you choose five of these techniques and practice them daily, you will see a huge improvement in your body image and self-esteem--even in just a week! Please join us for an interesting and enlightening morning.

Prison for My Father” In the first two decades of the 20th century, 15M immigrants entered the U.S. from Europe. Among the thousands who settled in the slums of NYC, a small minority became criminals. When Prof. Gold was forty years old, he discovered his father was imprisoned from 1924-30 in Sing Sing Prison. Hear this fascinating story told by a very engaging speaker. 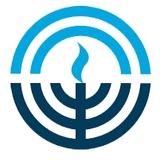