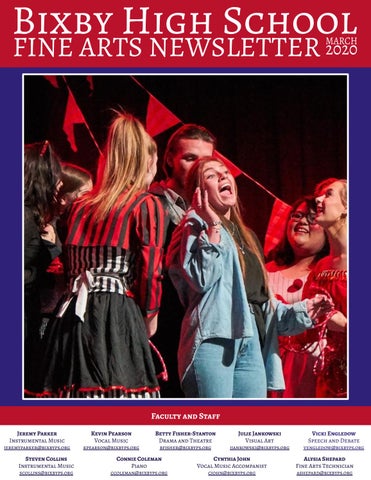 Bixby High School Theatre recently presented Freak, written by Angela Hill. Seniors Avery Case, Kyia Stayton, Brynn Gartner, Nathan Rogers, and Lauren Johnson helmed a large cast in this surreal and important play dealing with high school, bullying, and mental health. Enjoy this summary from Brooklyn Publishers about this show: Monique dreads school. The constant torment makes her feel like a sideshow freak. Every day, Monique wanders the scariest place on earth, the school hallway, and wishes she could just disappear - and then she does. Monique finds herself out of high school and in an "unusual, disturbing, and fantabulastic" sideshow. Monique the freak, the freakiest freak of all, wonders how she got there, why she is there, and what other outcasts lurk inside. On the technical side of the production, this show used lighting and video techniques that BHS Theatre has never utilized before, and involved every student in the theatre department in set design and in the production of short films used throughout the show. Ultimately, this play brought a message of hope - for the students, for the audience, and for the future.

Creative Writing class member and Bixby High School Senior Allie Williams has won an Honorable Mention with short story titled “Like Frogs” in the Ringling College of Art and Design’s 5th Annual Storytellers of Tomorrow competition for high school writers. The contest organizer Ryan Van Cleave, Head of the Creative Writing Program at Ringling, noted that this year’s contest received far more entries than they had ever expected, all of high-quality work, and there were three continents represented in the entries. Allie’s story, along with the other winners, will soon be published at https://www.ringling.edu/ writingcontest

Two members of the BHS Competitive Speech, Drama, and Debate team have qualified for the National Speech and Debate Association’s National Tournament by their amazing placement at the recent East Oklahoma District Tournament. This is Kyia Stayton’s (12) fourth year to qualify for the tournament. She qualified in Humorous Interpretation with her selection from Always a Bridesmaid by Jessie Jones. She will be recognized as a four-year national qualifier at the tournament, where she will receive an award and a scholarship. This is Avery Case’s (12) second year to qualify for the tournament. She was the District Champion in Dramatic Interpretation with her selection Kindling by Cathleen Sakamai. BHS also had students who performed well enough to be alternates to the tournament, which means they will attend if any of the top three placing students cannot. In Program of Oral Interpretation Alex Kraft (11) was the first alternate, and Kaitlin Stevenson (12) was the second alternate. In Duo Interpretation Brynn Gartner (12) and Joseph Graver (9) were the third alternates. The tournament will be held in Albuquerque, New Mexico in June. The Speech, Drama, and Debate team is coached by Betty-Fisher Stanton (Drama, Speech), Vicki Engledow (Debate, Speech), and Alysia Shepard (Assistant Coach).

The BHS Vocal Music Department has been ridiculously busy lately! We just wrapped up two months of evening rehearsals, where we have been preparing for our upcoming Masterworks Concert in downtown Tulsa’s Trinity Episcopal Church (501 South Cincinnati). We hope everyone will roll out and join us for this magnificent performance, where we will sing Vivaldi’s Gloria, as well as works by Beethoven, Schubert, Vaughan Williams, and Fauré. Free and completely open to the public, this performance will begin at 7:00 pm on Thursday, March 12. Check out the program for the concert here. We hosted our first annual Solo and Ensemble Recital on February 25. This informal evening event helped our contest participants get any jitters out before we headed to OSSAA District Solo and Ensemble Contest the next weekend. Many of our students spent all day on Saturday, February 29 competing at the OSSAA District Solo and Ensemble Contest. This year, we had 21 students participate, singing in 22 different configurations of solos and ensembles. We are incredibly excited to be taking 10 acts to the State Contest in April at Oklahoma Baptist University. Those headed to State are: ● Solos ○ Aubrey McNiel; Austin Shay; Isaac Robinson; Madeline Cooper; Paige Emberson ● Ensembles ○ Bailey Keough and Aubrey McNiel ○ Isaac Robinson and Madeline Cooper ○ Aubrey McNiel and Paige Emberson ○ The Ambassador Ensemble: Morgan Cooper, Austin Shay, Ashleigh Hewett, Madeline Cooper, Charlotte Sams, Sophia Gray, Isaac Robinson, Taig Lang, Paige Emberson, Kate Quiroz Medina, and Olivia Hill ○ The Junior-Senior Octet: Ashleigh Hewett, Madeline Cooper, Paige Emberson, Olivia Hill, Taig Lang, Isaac Robinson, Morgan Cooper, and Austin Shay From March 3-8, our very own Lexi Sullivan sang in the Organization of American Kodály Educators (OAKE) National Conference Honor Choirs in Portland, Oregon. Chosen from among thousands of students who auditioned from across North America, Lexi sang in a choir of 88 students under the direction of world-renowned choral conductor Eva Floyd. Speaking of her experience, Lexi said: “I enjoyed traveling to Portland, seeing Multnomah Falls, visiting a place I’ve never been before, and performing in this amazing choir!” Also at this conference, our director - Kevin Pearson - presented a session with an overview of the Kodály Philosophy of Music Education to a room full of parents and administrators. Additionally, he was installed as the next President-Elect of OAKE, helming this national organization for the next six years, a challenging task for which he is very excited!

Click here to listen to our singers warm up!

In January, several Bixby Band students participated in the Oklahoma Music Educators Association All-State Band and the GCBDA All-District Concert. Additionally, the world-famous Blue Man Group presented a masterclass for the Bixby Band Percussion on January 21. The Bixby Band Winter Guard had outstanding performances at competitions in Fort Gibson and Catoosa in February. On February 18, the Texas Women’s University Wind Ensemble held a special concert for Bixby Band students. The Bixby Middle School and High School Jazz Ensembles performed a concert on February 20. The Bixby Bands Wind Ensemble and Symphonic Band played for a packed house at the University of Tulsa’s Lorton Performing Arts Center. Many Bixby High School Band students participated in the OSSAA District Solo and Ensemble Contest , great success. Dr. Stephen Goforth worked with the Bixby Wind Ensemble on the morning of March 9. Dr. Goforth will be performing the Hummel Trumpet Concerto on Saturday, March 14 with Tulsa’s Signature Symphony. As we gear up for next year, we held our first informational meeting for Drum Major auditions. The future is very bright with Bixby Bands! A lot of great things are happening! As such, we are already searching for sponsors for the 2020-2021 season. Find more information about partnering with the Bixby High School Band here.

1. Arts promote true prosperity. The arts are fundamental to our humanity. They ennoble and inspire us—fostering creativity, goodness, and beauty. The arts help us express our values, build bridges between cultures, and bring us together regardless of ethnicity, religion, or age. When times are tough, art is salve for the ache. 2. Arts improve academic performance. Students with an education rich in the arts have higher GPAs and standardized test scores, and lower dropout rates—benefits reaped by students regardless of socio-economic status. Students with 4 years of arts or music in high school average 100 points higher on the verbal and math portions of their SATs than students with just one-half year of arts or music. 3. Arts strengthen the economy. The U.S. Bureau of Economic Analysis reports that the arts and culture sector is a $699 billion industry, which represents 4.3 percent of the nation’s GDP—a larger share of the economy than transportation and agriculture. The nonprofit arts industry alone generates $135 billion in economic activity annually (spending by organizations and their audiences) that supports 4.1 million jobs and generates $22.3 billion in government revenue. 4. Arts are good for local merchants. Attendees at nonprofit arts events spend $24.60 per person, per event, beyond the cost of admission on items such as meals, parking, and babysitters. Attendees who live outside the county in which the arts event takes place spend twice as much as their local counterparts ($39.96 vs. $17.42)—valuable revenue for local businesses and the community. 5. Arts drive tourism. Arts travelers are ideal tourists, staying longer and spending more to seek out authentic cultural experiences. The U.S. Department of Commerce reports that the percentage of international travelers including museum visits on their trip has grown steadily since 2003 (18 to 28 percent). The share attending concerts and theater performances has grown from 14 to 18 percent since 2003.

6. Arts are an export industry. U.S. exports of arts goods (e.g., movies, paintings, jewelry) grew to $75 billion in 2012, while imports were just $27 billion—a $47 billion arts trade surplus. 7. Arts spark creativity and innovation. The Conference Board reports that creativity is among the top 5 applied skills sought by business leaders—with 72 percent saying creativity is of high importance when hiring. The biggest creativity indicator? A college arts degree. Their Ready to Innovate report concludes, “The arts—music, creative writing, drawing, dance—provide skills sought by employers of the 3rd millennium.” Nobel laureates in the sciences are 17 times more likely to be actively engaged in the arts than average scientists. 8. Arts have social impact. University of Pennsylvania researchers have demonstrated that a high concentration of the arts in a city leads to higher civic engagement, more social cohesion, higher child welfare, and lower crime and poverty rates. The arts are used by the U.S. Military to promote troop force and family readiness, resilience, retention and for the successful reintegration of veterans into family and community life. 9. Arts improve healthcare. Nearly one-half of the nation’s healthcare institutions provide arts programming for patients, families, and even staff. 78 percent deliver these programs because of their healing benefits to patients— shorter hospital stays, better pain management, and less medication. 10. Arts mean business. The Creative Industries are arts businesses that range from nonprofit museums, symphonies, and theaters to for-profit film, architecture, and design companies. A 2015 analysis of Dun & Bradstreet data counts 702,771 businesses in the U.S. involved in the creation or distribution of the arts that employ 2.9 million people— representing 3.9 percent of all businesses and 1.9 percent of all employees. 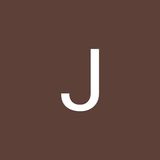