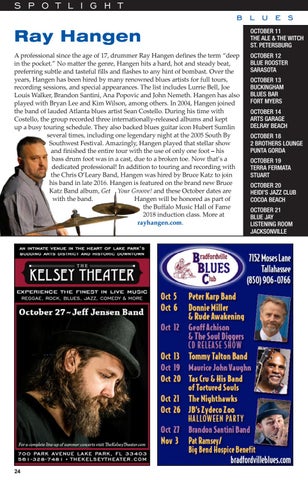 A professional since the age of 17, drummer Ray Hangen defines the term “deep in the pocket.” No matter the genre, Hangen hits a hard, hot and steady beat, preferring subtle and tasteful fills and flashes to any hint of bombast. Over the years, Hangen has been hired by many renowned blues artists for full tours, recording sessions, and special appearances. The list includes Lurrie Bell, Joe Louis Walker, Brandon Santini, Ana Popovic and John Nemeth. Hangen has also played with Bryan Lee and Kim Wilson, among others. In 2004, Hangen joined the band of lauded Atlanta blues artist Sean Costello. During his time with Costello, the group recorded three internationally-released albums and kept up a busy touring schedule. They also backed blues guitar icon Hubert Sumlin several times, including one legendary night at the 2005 South By Southwest Festival. Amazingly, Hangen played that stellar show and finished the entire tour with the use of only one foot – his bass drum foot was in a cast, due to a broken toe. Now that’s a dedicated professional! In addition to touring and recording with the Chris O’Leary Band, Hangen was hired by Bruce Katz to join his band in late 2016. Hangen is featured on the brand new Bruce Katz Band album, Get Your Groove! and these October dates are with the band. Hangen will be honored as part of the Buffalo Music Hall of Fame 2018 induction class. More at rayhangen.com.

Another great month of jazz and blues in Florida is upon us and Jazz & Blyes Florida is here as your guide to live shows in clubs, concerts and festivals! Use your entertainment time and $ wisely and check out these great performers before heading out! Amanda Fish, Clarence Hines, David Truilo, Dirty Red, Geoff Achison, Henry Johnson, Holey Miss Moley, JB Scott, Jonny Lang, Mark May, Michael Ross, Ray Hangen, Scott Ellison, Shaw Davis, Synia Carroll. 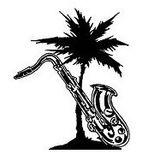