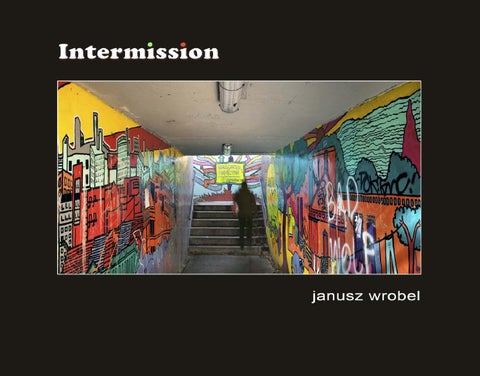 preface I often realize that the reference points in my life are not what they used to be; they are moving targets that become what I want them to be now. Parameters for assessing the state of the economy, for instance, have changed fundamentally during my lifetime. Statistics on coal, ammonia, sulfuric acid, cement and steel production have been replaced by millisecond updates of indexes from stock exchanges, trading options, derivatives; a world created by professional handlers of economic affairs operating with their own terms, vocabulary and practices. For the rest of us, the stream of numbers generated each day is an abstract construct with little relevance to our daily lives. Yet its impact relentlessly creeps into the fabric of our lives. It rewrites our stories and is etched on the walls of our streets, felt throughout the inner workings of our cities. This becomes a public record visually accessible to anyone who chooses to draw meaningful conclusions from the pitfalls of time-based processes. Behind the economic numbers is a growing body of evidence that an epoch that fundamentally changed our civilization has run out its course. Growthâ&amp;#x20AC;&amp;#x201D;the underlying engine of our world since the beginning of the Industrial Revolutionâ&amp;#x20AC;&amp;#x201D;seems to be running out of steam. There is no new economic model waiting in the wings as other nations manufacture diverse items or extract minerals for less than we can, and have happier lives while consuming fewer resources. Apart from running out of younger generations to fuel continued growth, we also face a flood of new technologies that make many of us irrelevant in the framework of a new, computerized and robotized economy. The new currency will be highly specialized brain power that gravitates to large urban centers, as smaller settlements lose essential infrastructure and human resources. Similar patterns of economic and population shifts have been a familiar occurrence throughout human history.

Preface About this Project Images I Take my City Back project All content copyright Janusz Wrobel januszwrobel.com

about this project Intermission is my on-going documentary project about the city of Hamilton. I am intrigued by Hamilton and since I live in close proximity to the city, I have been able to accumulate three decades of possibly relevant observations. What initially struck me was the abundance of visual cues about the city&#39;s history: its rapid industrialization, waves of multiethnic immigration, distinctive pockets of ethnic communities, and gradual economic decline along with traces of its colonial heritage. In my view, Hamilton encapsulates the beginning of the Industrial Revolution and its end. What I find most interesting is that the end came here decades before any other mid-size Canadian city facing the prospect of a similar fate. Established in 1846, Hamilton developed rapidly and emerged as the industrial heartland of Ontario by the beginning of the 20th century. The steady decline of industry and manufacturing in the last few decades has created an identity crisis for the city, one that still needs to be addressed in discussions on its future direction and inevitable evolution. On the one hand we have the underdeveloped waterfront, the stretches of post-industrial brown lands, the revitalized natural environment along the Niagara Escarpment and Dundas Valley, and proximity to Torontoâ&amp;#x20AC;&amp;#x201D;all of which creates the potential for massive urban redevelopment. On another hand, the city&#39;s inability to part with the past as reflected in municipal planning, the flight of financial resources to the outskirts of the urban area, and the decreasing density of inner city population make it difficult to sustain an aging city infrastructure or a means of effective public transportation. Add to this a sobering thought about civic participation in shaping the future of the city as reflected in electoral statistics: out of 34% voter participation, a mere 13.4% sufficed to elect Hamilton&#39;s current mayor. It is hard to believe that the city can be immune to the influence of interest groups. Technically speaking, I am an outsider. My emotional and artistic interests lie in different areas. However, I receive the city newspaper daily and see Hamilton every day from the heights of the Niagara Escarpment. I am also deeply intrigued by the rich tapestry of human stories engraved in the city&#39;s fabric. Photography from its beginning has served to document social realities. It is also a medium for commentary, and for artistic imagery. Since 2007, I have pursued a documentary practice of responding visually to urban issues in Hamilton. With each photograph, I attempt to capture a single issue in the city as debated in the local media, in city hall and in public discourse. To underline current civic realities I focus on the past, but strive to encapsulate the present. The outcome of this practice is a growing collection of images that might be viewed as a visual inventory of unresolved or ongoing concerns. It may also constitute my musings about the relativity of time.

My intention in Intermission is to document the life of the city through urban landscapes rather than individualized portraits of people, doing so in a way that invites reflection on how such landscapes or urban spaces affect our daily lives, routines or perceptions. To make it relevant to a broader public I have previously offered some of these images as a canvas for public discourse, inviting public participation, and physical interaction, with my visual material. In 2010, I launched I Take My City Back at the official opening of the renovated Print Studio and its new digital lab in Hamilton, where I presented two large, 60â&amp;#x20AC;? wide photographs that were framed and finished to the highest gallery standards. Alongside I made available a selection of permanent markers of different sizes and colours. I invited viewers, private citizens and participating municipal officials, including the city major, to respond to the images presented. I included, as part of this invitation, an accompanying text that explained my purpose as well as being the manifesto of the project. One year later I contributed thee finished photographs intended for a similar interaction by the public at the â&amp;#x20AC;&amp;#x153;Design Hopeâ&amp;#x20AC;? event, a broadly attended fundraiser including music concerts and an art auction to support food and shelter for Hamilton&#39;s homeless. What emerged from these endeavours was a public document, subject to scrutiny and suggestions as well as the testimony of personalized forms of civic engagement. Project Manifesto

Art happens in the present. It is personal, yet it takes two minds for art to happen. From this moment, it is between you and me, an open-ended, two-way communication. Art is an idea to be exercised, like democracy. When the idea dies, the art dies. We are all free to have our ideas: art is a democracy. Democracy is an art. Janusz Wrobel, December 2009

about myself I spent the first half of my life, the most formative years, in Poland when it was unofficially occupied by the Soviet communist regime. As a young artist I was inevitably involved in broad aspects of socio-political issues. As a consequence, I found myself in North America with a one-way ticket and the blue Geneva Convention passport. Obviously many different things initially occupied my mind in my new adopted country. Over time I developed a strong interest in various aspects of my relationship with nature. I began to see the natural world in terms of symbiotic relationships on many different scales, where the physical and biological worlds interact amid processes whose origins and time frames are inherently relevant to them but less so to our culture. about my medium My professional association with the medium of photography started when I was still a teenager. What attracted me was being forced to pay attention to what I was seeing. As a visual medium with broad utilitarian values and applications, photography has undergone dramatic changes throughout its short history. Significantly, it has enabled us to show others our own personal view of the world. This was made possible by attributing credibility to the medium, visually rendering the realities of our small worlds which were, until then, only verifiable by our eyes and accessible only to ourselves. It is easy to forget this critical contribution in the present day. The massive proliferation of digital photography, still or moving, has spread to most aspects of our lives and makes such communication seem almost instinctual. With easy accessibility, however, perhaps trust in the credibility of the medium has eroded somewhat, as we use photography to create simulated realities for commercial gain and entertainment, and deploy it to frame social consciousness by way of hidden political and material intentions. My intent in conducting this on-going documentary project is rather simple and transparent. In the same way that professional photographers for decades were compelled to document the world around them as they saw it at the time, I have felt impelled to do the same in Hamilton in my interactions with both its natural and industrial legacies. 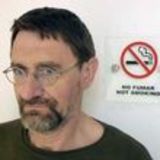