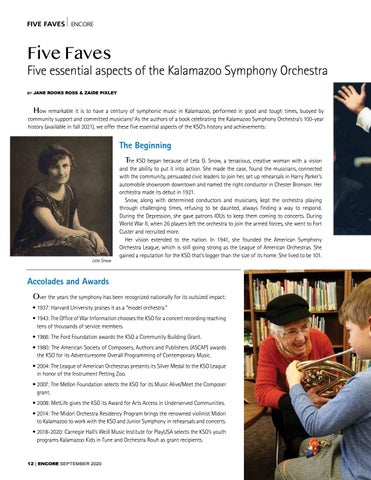 Five essential aspects of the Kalamazoo Symphony Orchestra by

How remarkable it is to have a century of symphonic music in Kalamazoo, performed in good and tough times, buoyed by community support and committed musicians! As the authors of a book celebrating the Kalamazoo Symphony Orchestra’s 100-year history (available in fall 2021), we offer these five essential aspects of the KSO’s history and achievements:

The KSO began because of Leta G. Snow, a tenacious, creative woman with a vision and the ability to put it into action. She made the case, found the musicians, connected with the community, persuaded civic leaders to join her, set up rehearsals in Harry Parker’s automobile showroom downtown and named the right conductor in Chester Bronson. Her orchestra made its debut in 1921. Snow, along with determined conductors and musicians, kept the orchestra playing through challenging times, refusing to be daunted, always finding a way to respond. During the Depression, she gave patrons IOUs to keep them coming to concerts. During World War II, when 26 players left the orchestra to join the armed forces, she went to Fort Custer and recruited more. Her vision extended to the nation. In 1941, she founded the American Symphony Orchestra League, which is still going strong as the League of American Orchestras. She gained a reputation for the KSO that’s bigger than the size of its home. She lived to be 101.

Accolades and Awards Over the years the symphony has been recognized nationally for its outsized impact:

• 1937: Harvard University praises it as a “model orchestra.”

• 1943: The Office of War Information chooses the KSO for a concert recording reaching tens of thousands of service members. • 1 966: The Ford Foundation awards the KSO a Community Building Grant. • 1980: The American Society of Composers, Authors and Publishers (ASCAP) awards the KSO for its Adventuresome Overall Programming of Contemporary Music. • 2004: The League of American Orchestras presents its Silver Medal to the KSO League in honor of the Instrument Petting Zoo. • 2007: The Mellon Foundation selects the KSO for its Music Alive/Meet the Composer grant. • 2 008: MetLife gives the KSO its Award for Arts Access in Underserved Communities. • 2014: The Midori Orchestra Residency Program brings the renowned violinist Midori to Kalamazoo to work with the KSO and Junior Symphony in rehearsals and concerts. • 2018-2020: Carnegie Hall’s Weill Music Institute for PlayUSA selects the KSO’s youth programs Kalamazoo Kids in Tune and Orchestra Rouh as grant recipients. 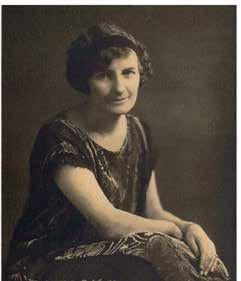 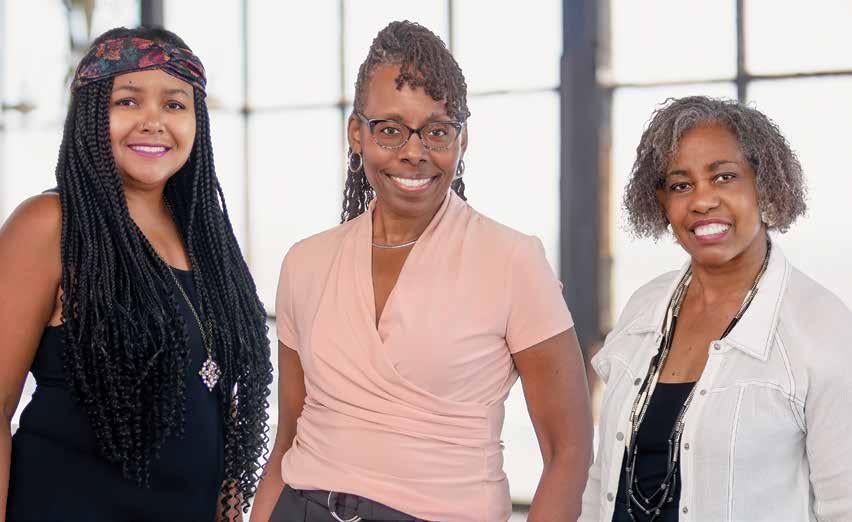 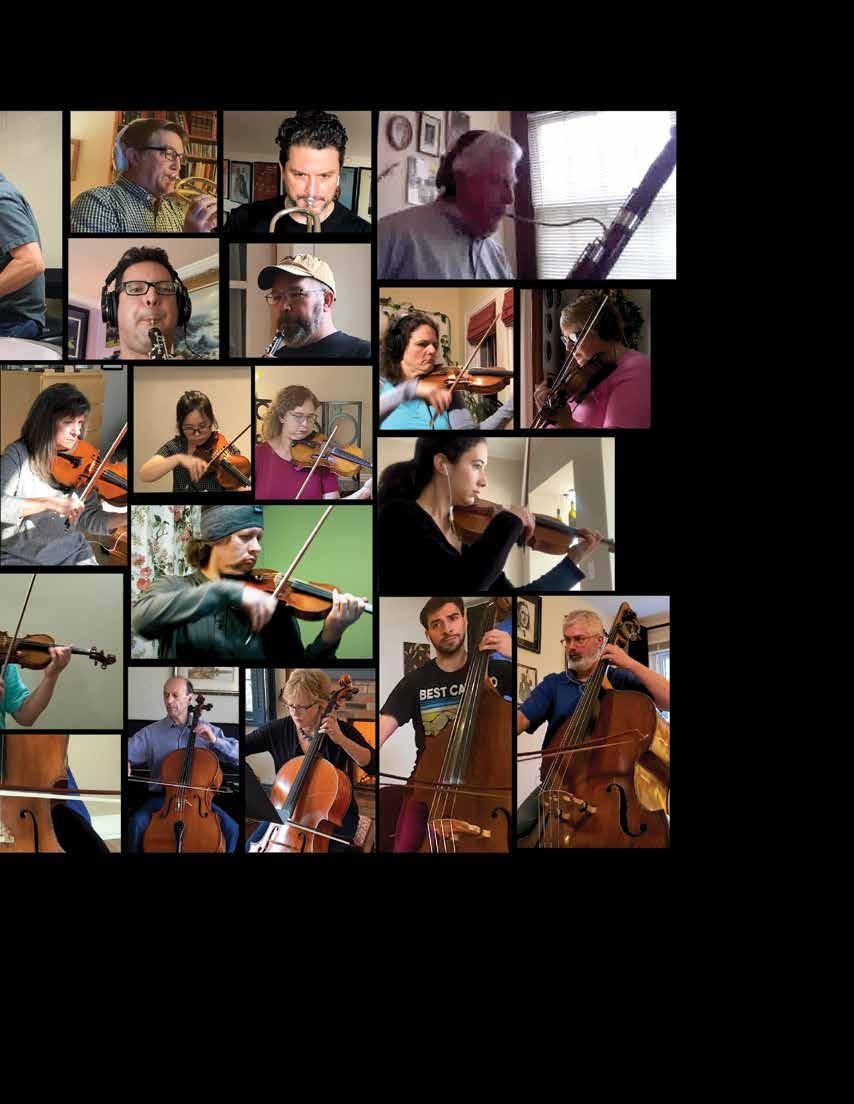 Celebrating a Century Through a war, the Depression and now a pandemic, the Kalamazoo Symphony Orchestra adapts and plays on 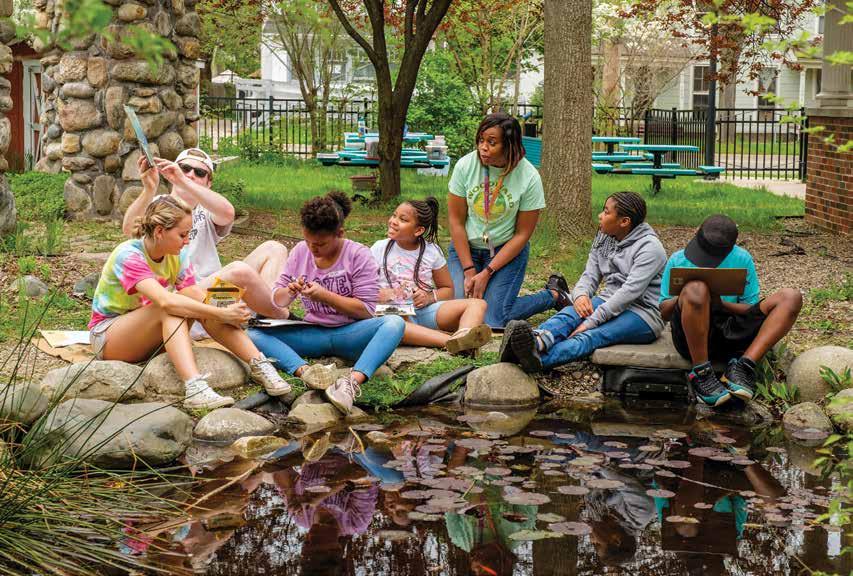 Crossing Campus Borders How college, university, business and civic leaders encourage students to get out into the community 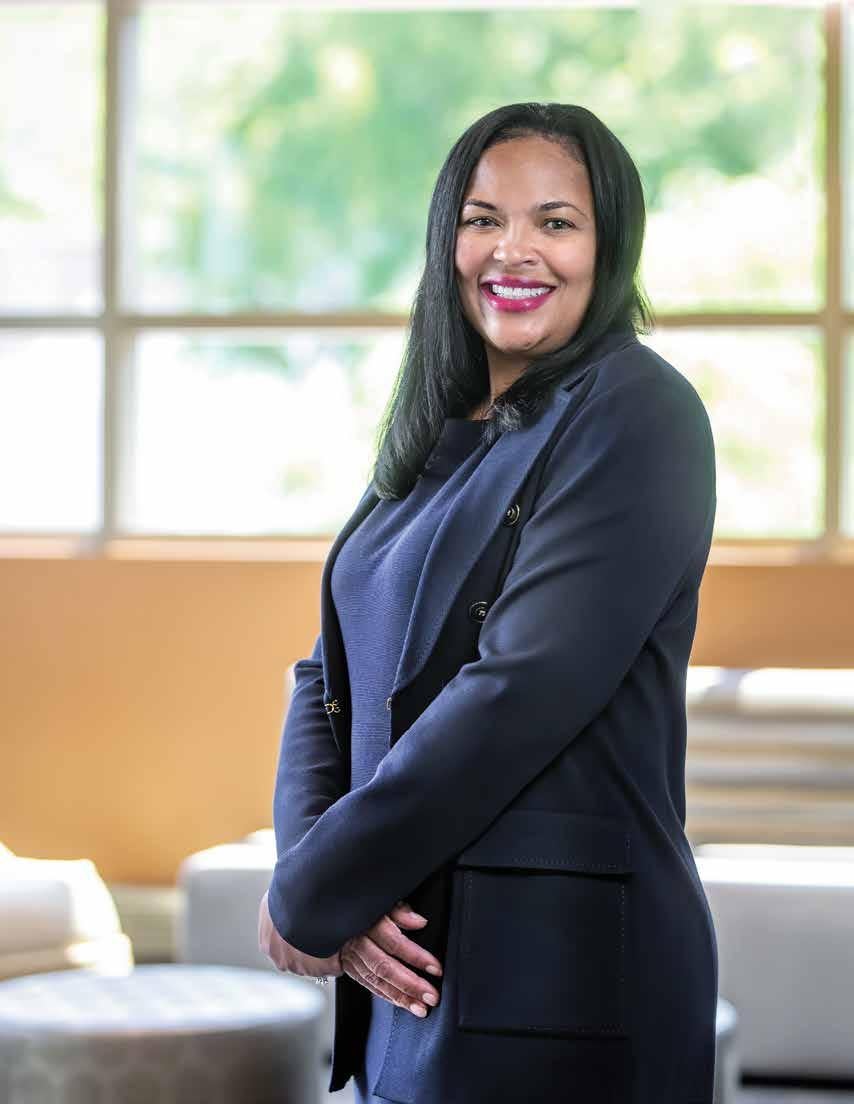