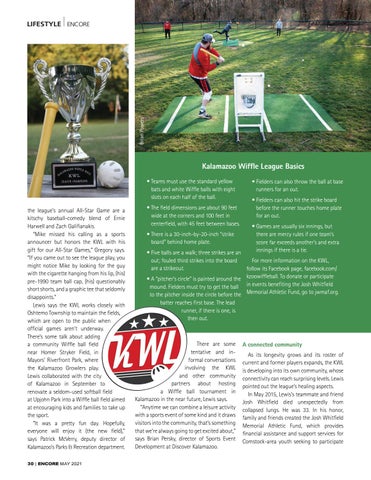 Kalamazoo Wiffle League Basics • Teams must use the standard yellow bats and white Wiffle balls with eight slots on each half of the ball. the league’s annual All-Star Game are a kitschy baseball-comedy blend of Ernie Harwell and Zach Galifianakis. “Mike missed his calling as a sports announcer but honors the KWL with his gift for our All-Star Games,” Gregory says. “If you came out to see the league play, you might notice Mike by looking for the guy with the cigarette hanging from his lip, (his) pre-1990 team ball cap, (his) questionably short shorts, and a graphic tee that seldomly disappoints.” Lewis says the KWL works closely with Oshtemo Township to maintain the fields, which are open to the public when official games aren&#39;t underway. There’s some talk about adding a community Wiffle ball field near Homer Stryker Field, in Mayors’ Riverfront Park, where the Kalamazoo Growlers play. Lewis collaborated with the city of Kalamazoo in September to renovate a seldom-used softball field at Upjohn Park into a Wiffle ball field aimed at encouraging kids and families to take up the sport. “It was a pretty fun day. Hopefully, everyone will enjoy it (the new field),” says Patrick McVerry, deputy director of Kalamazoo’s Parks &amp; Recreation department. 30 | ENCORE MAY 2021

• The field dimensions are about 90 feet wide at the corners and 100 feet in centerfield, with 45 feet between bases. • There is a 30-inch-by-20-inch “strike board” behind home plate.

• Five balls are a walk; three strikes are an out; fouled third strikes into the board For more information on the KWL, are a strikeout. follow its Facebook page, facebook.com/ • A “pitcher’s circle” is painted around the kzoowiffleball. To donate or participate mound. Fielders must try to get the ball in events benefiting the Josh Whitfield to the pitcher inside the circle before the Memorial Athletic Fund, go to jwmaf.org. batter reaches first base. The lead runner, if there is one, is then out.

There are some tentative and informal conversations involving the KWL and other community partners about hosting a Wiffle ball tournament in Kalamazoo in the near future, Lewis says. “Anytime we can combine a leisure activity with a sports event of some kind and it draws visitors into the community, that’s something that we’re always going to get excited about,” says Brian Persky, director of Sports Event Development at Discover Kalamazoo.

A connected community As its longevity grows and its roster of current and former players expands, the KWL is developing into its own community, whose connectivity can reach surprising levels. Lewis pointed out the league’s healing aspects. In May 2015, Lewis’s teammate and friend Josh Whitfield died unexpectedly from collapsed lungs. He was 33. In his honor, family and friends created the Josh Whitfield Memorial Athletic Fund, which provides financial assistance and support services for Comstock-area youth seeking to participate 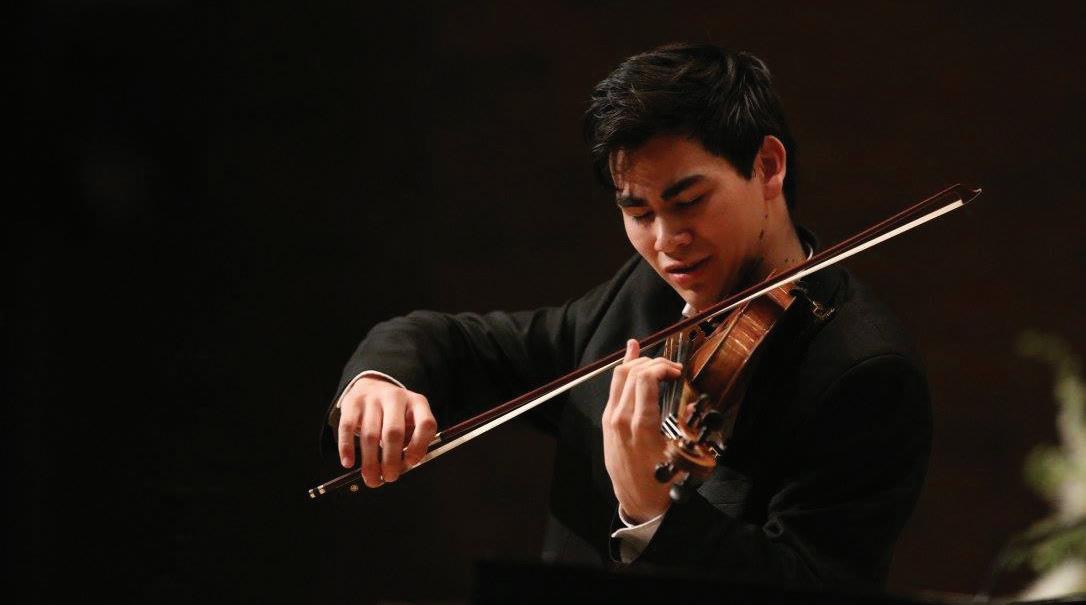 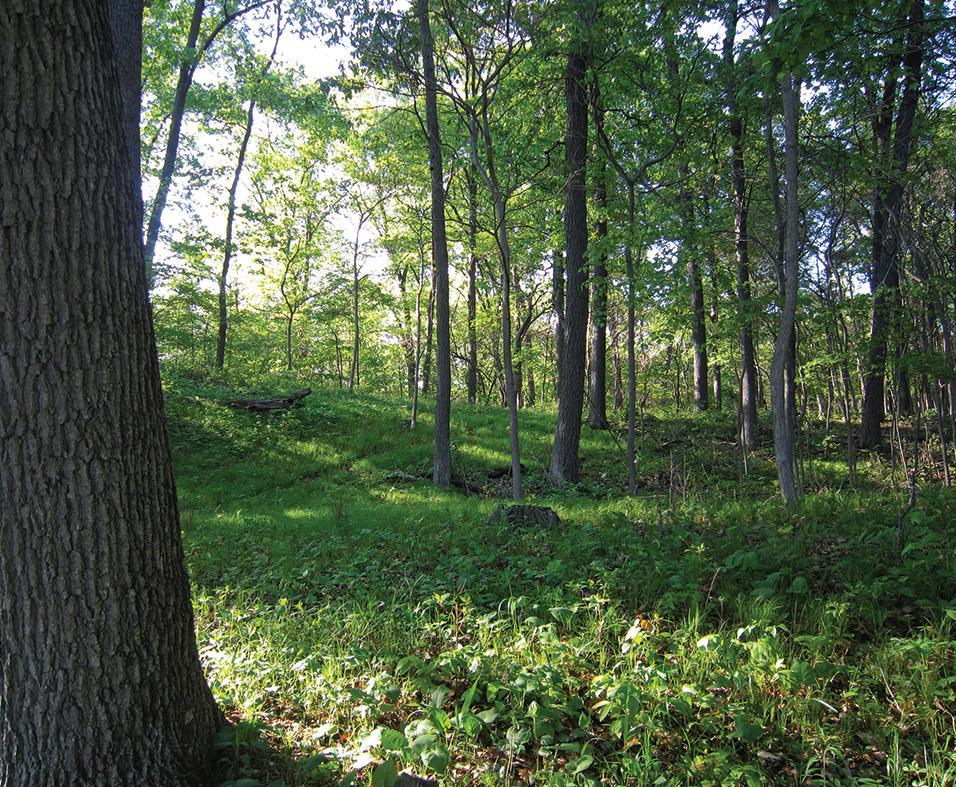 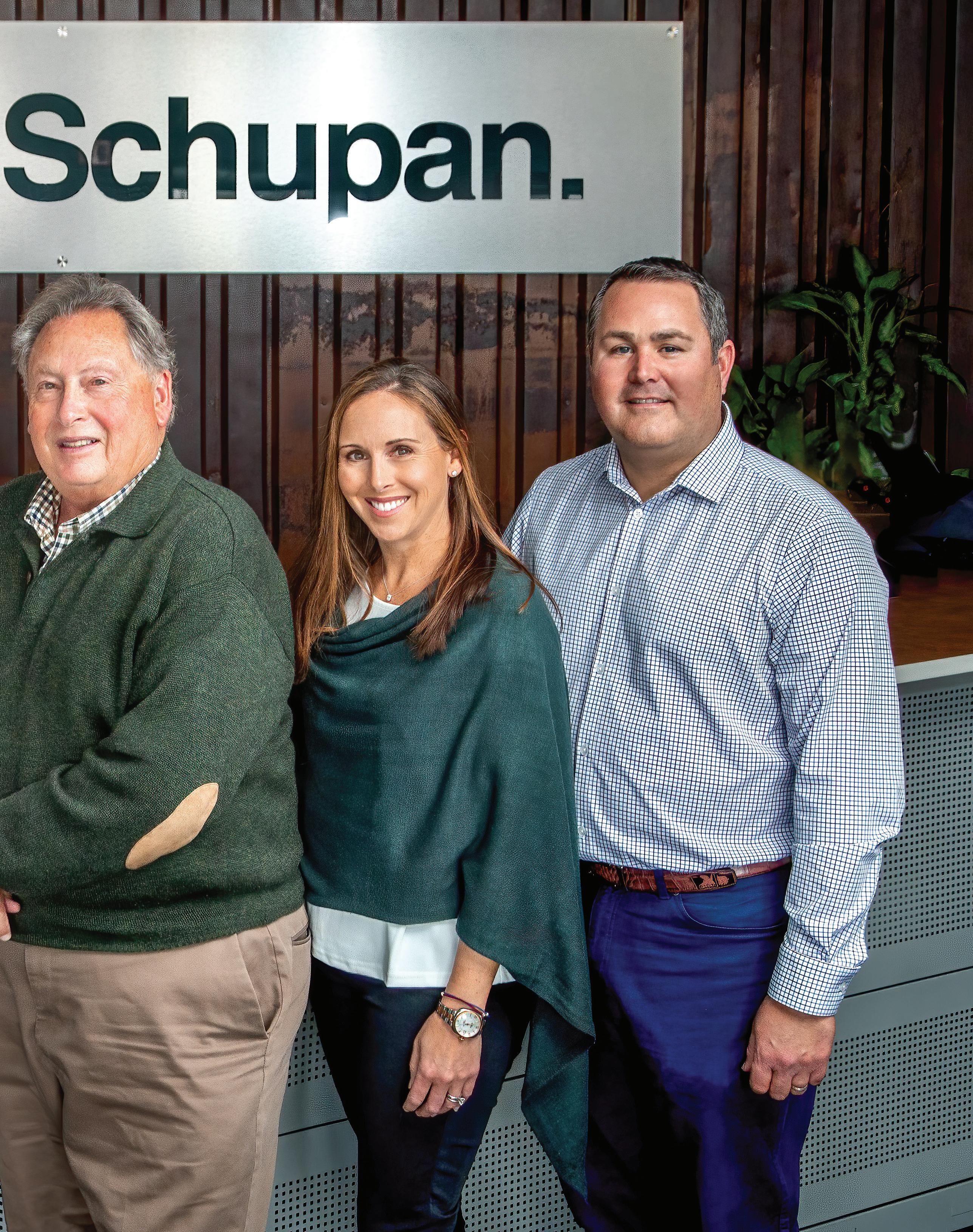 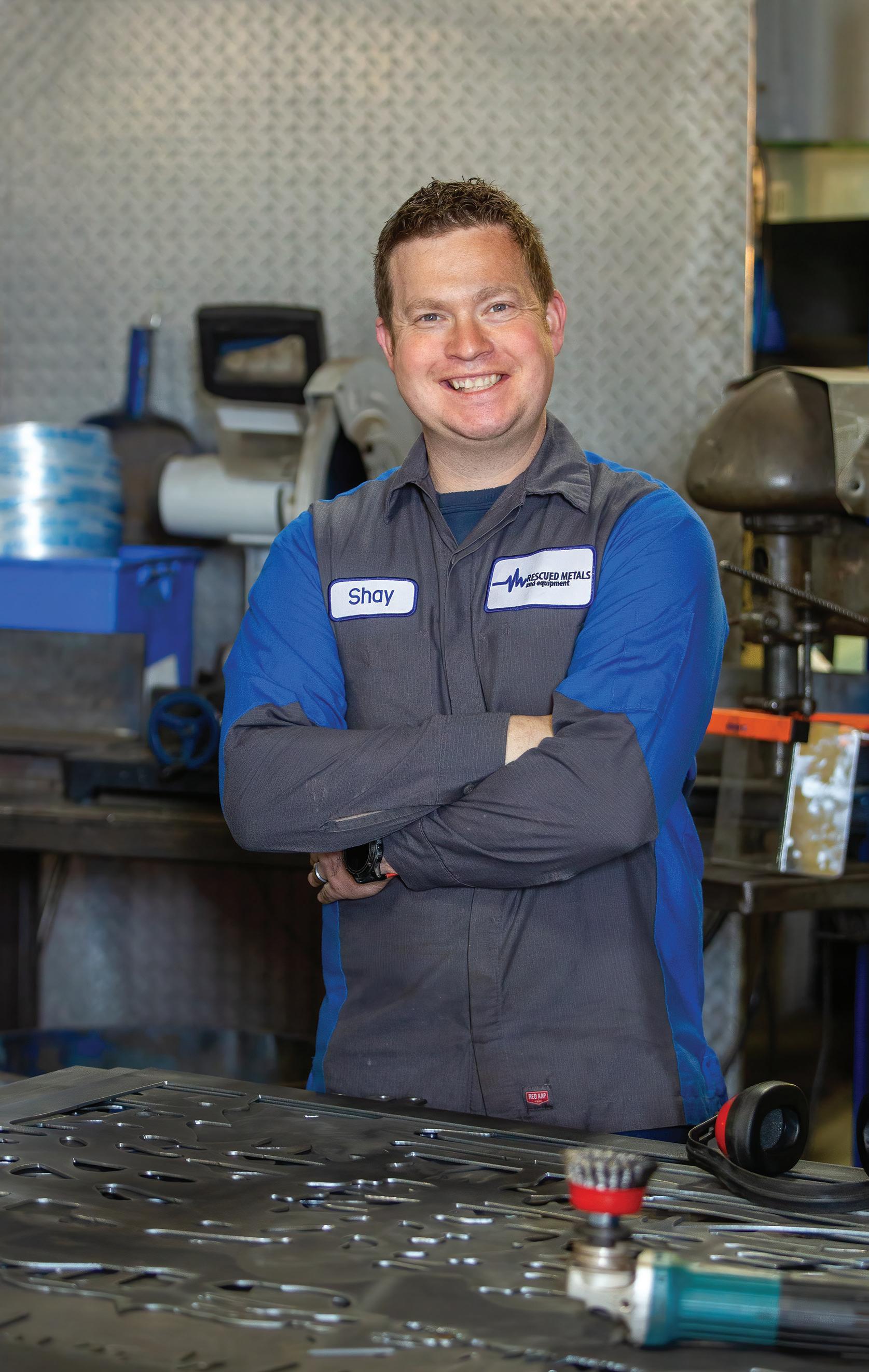 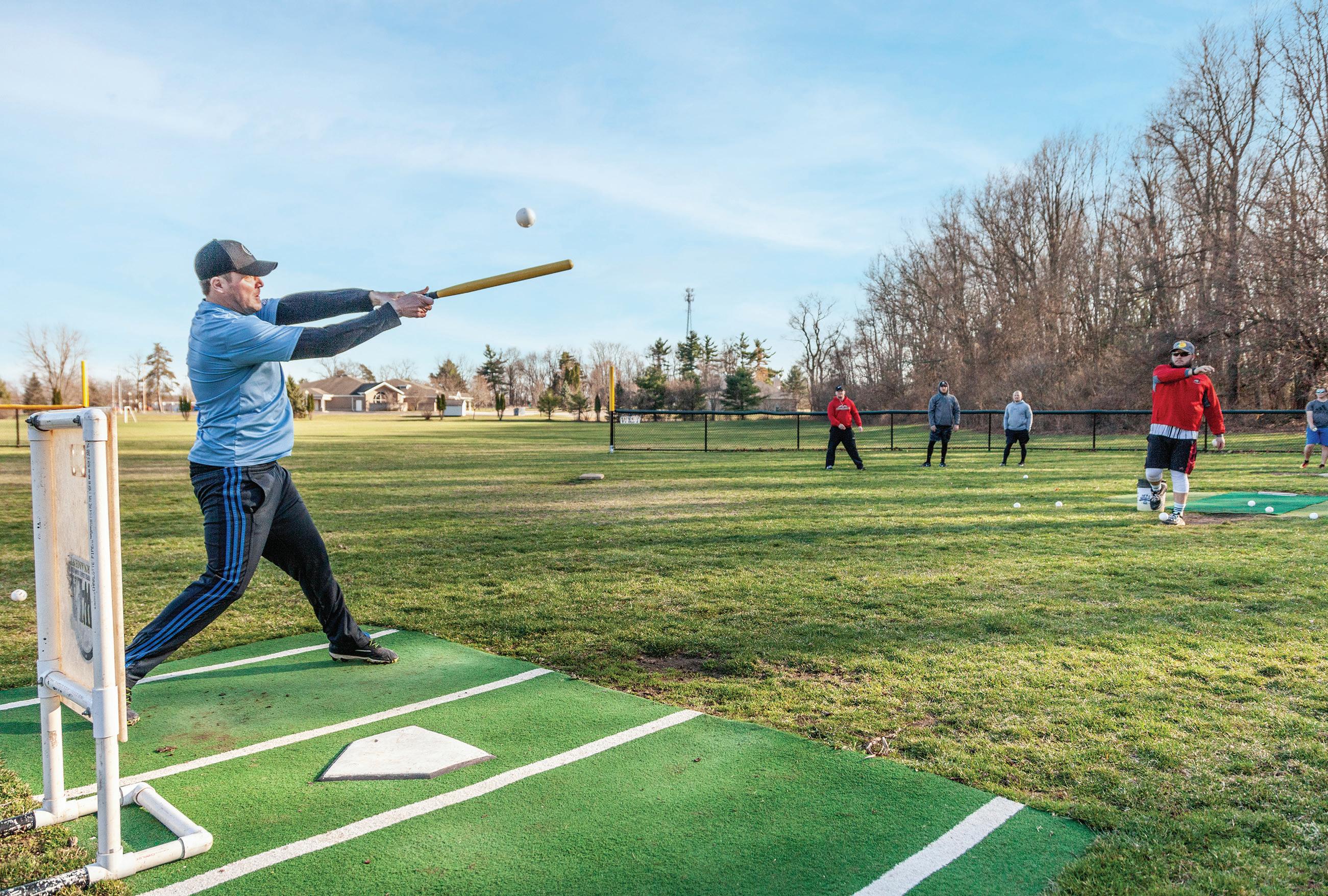 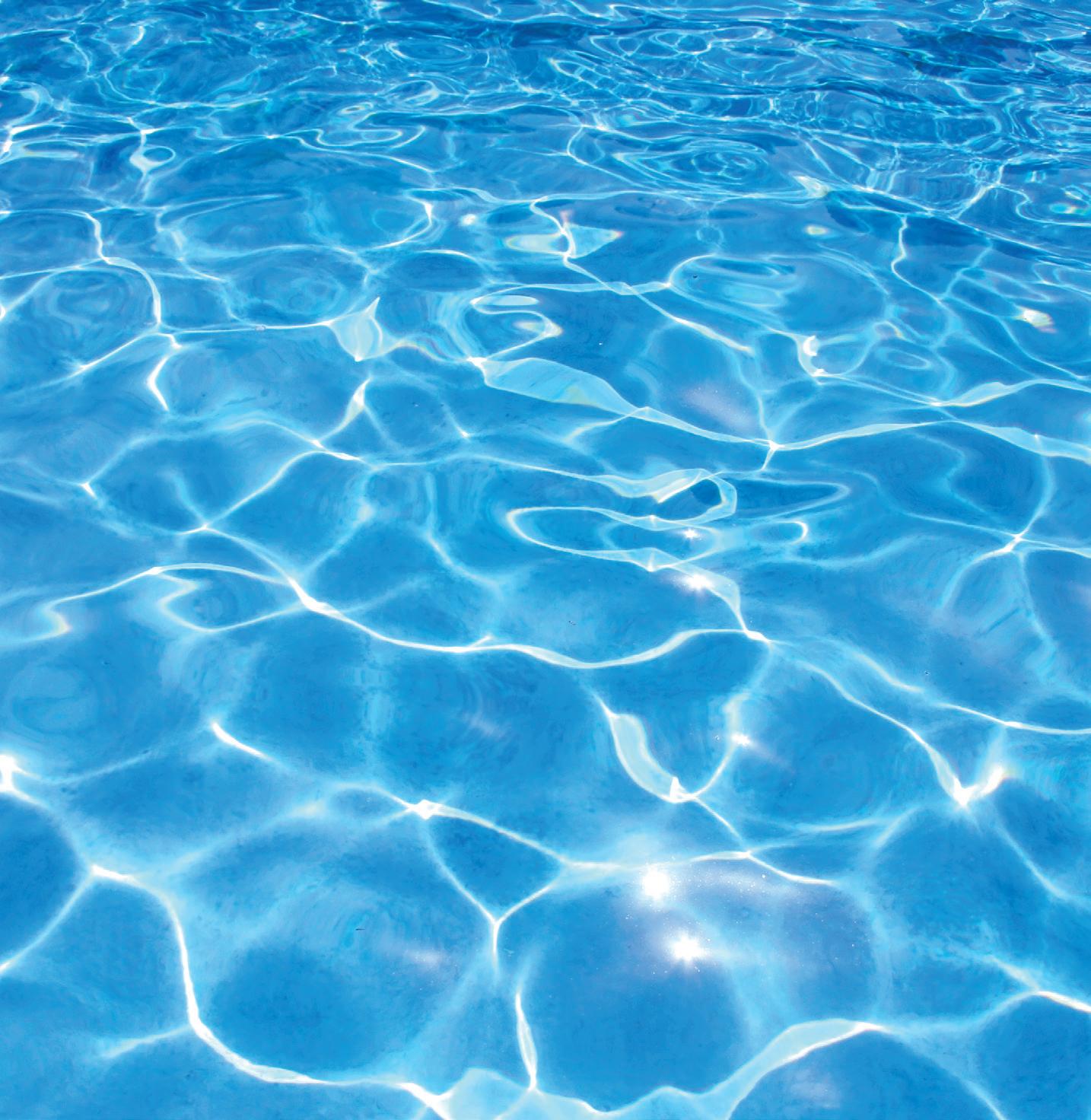 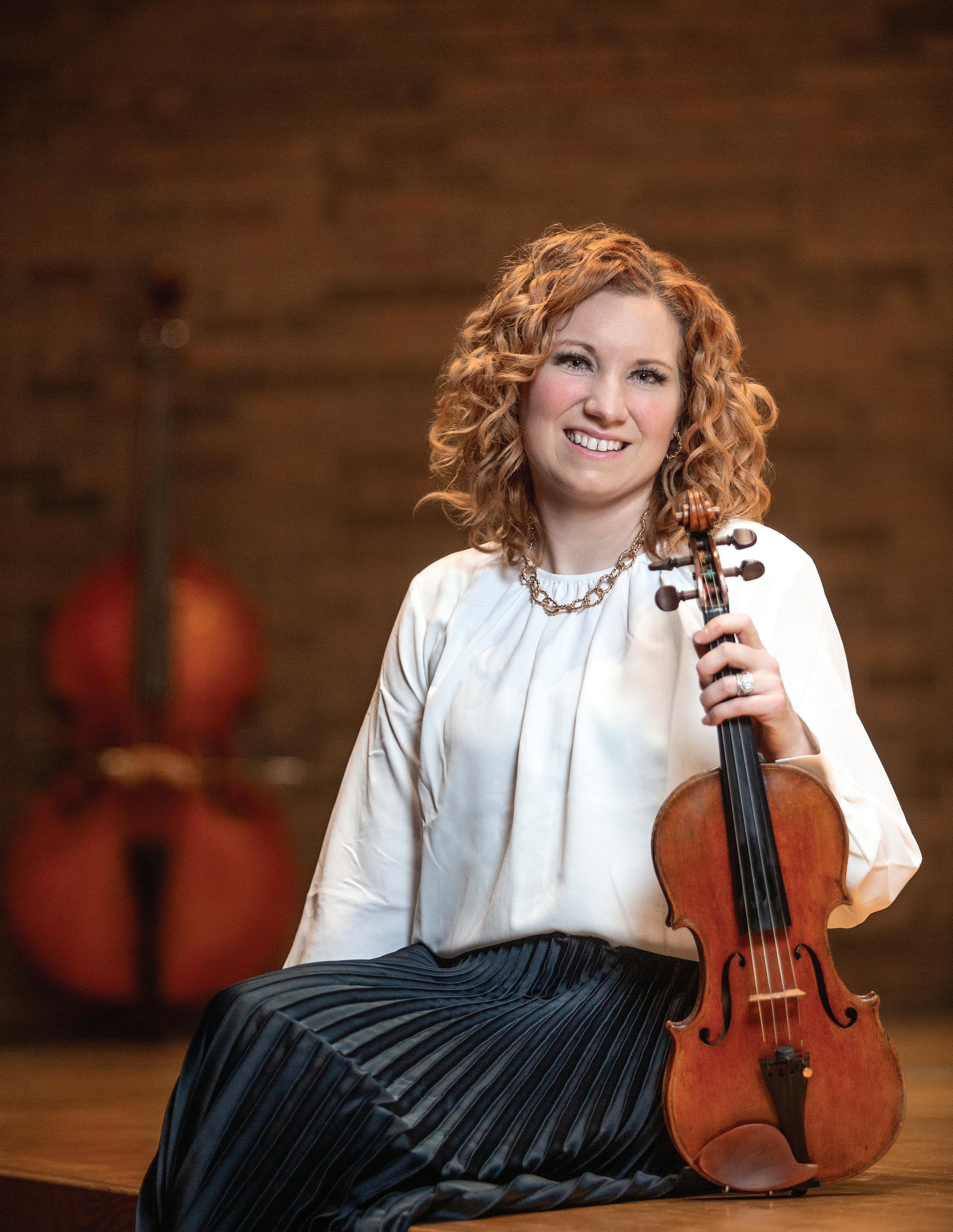