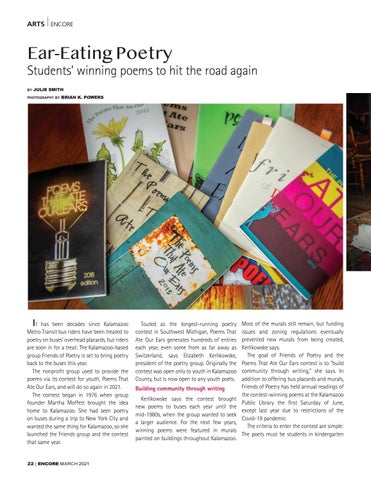 Students’ winning poems to hit the road again by

t has been decades since Kalamazoo Metro Transit bus riders have been treated to poetry on buses’ overhead placards, but riders are soon in for a treat: The Kalamazoo-based group Friends of Poetry is set to bring poetry back to the buses this year. The nonprofit group used to provide the poems via its contest for youth, Poems That Ate Our Ears, and will do so again in 2021. The contest began in 1976 when group founder Martha Moffett brought the idea home to Kalamazoo. She had seen poetry on buses during a trip to New York City and wanted the same thing for Kalamazoo, so she launched the Friends group and the contest that same year.

Touted as the longest-running poetry contest in Southwest Michigan, Poems That Ate Our Ears generates hundreds of entries each year, even some from as far away as Switzerland, says Elizabeth Kerlikowske, president of the poetry group. Originally the contest was open only to youth in Kalamazoo County, but is now open to any youth poets. Building community through writing Kerlikowske says the contest brought new poems to buses each year until the mid-1980s, when the group wanted to seek a larger audience. For the next few years, winning poems were featured in murals painted on buildings throughout Kalamazoo.

Most of the murals still remain, but funding issues and zoning regulations eventually prevented new murals from being created, Kerlikowske says. The goal of Friends of Poetry and the Poems That Ate Our Ears contest is to &quot;build community through writing,&quot; she says. In addition to offering bus placards and murals, Friends of Poetry has held annual readings of the contest-winning poems at the Kalamazoo Public Library the first Saturday of June, except last year due to restrictions of the Covid-19 pandemic. The criteria to enter the contest are simple: The poets must be students in kindergarten

Southwest Michigan Magazine: La Luna's Ian Gorman has the secret sauce that helps artists make music and fins their voice, Historian Lynn Houghton highlights products that were once made in Kalamazoo, Ear-Eating Poetry youth writing contest is coming to a bus near you, Meet Jeremy Winkworth who is keeping memories of The Upjohn Co. alive and on the web and much more. 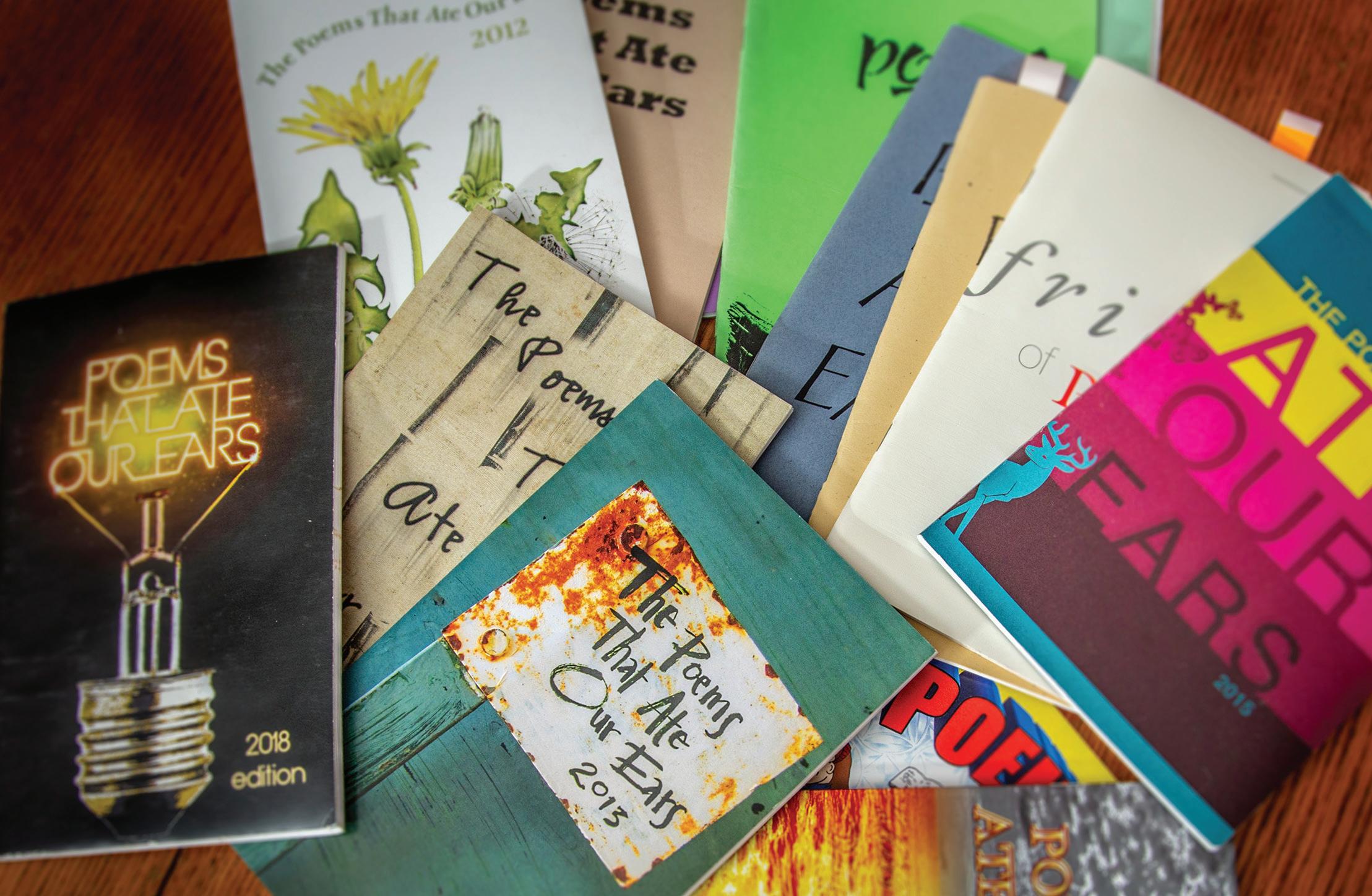 youth writing contest is coming to a bus near you