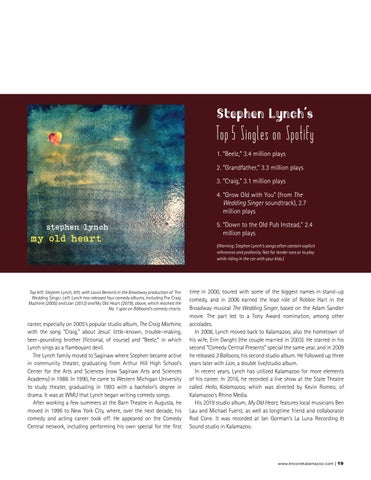 Top 5 Singles on Spotify 1. “Beelz,” 3.4 million plays 2. “Grandfather,” 3.3 million plays 3. “Craig,” 3.1 million plays 4. “Grow Old with You” (from The Wedding Singer soundtrack), 2.7 million plays 5. “Down to the Old Pub Instead,” 2.4 million plays (Warning: Stephen Lynch&#39;s songs often contain explicit references and profanity. Not for tender ears or to play while riding in the car with your kids.)

Top left: Stephen Lynch, left, with Laura Benanti in the Broadway production of The Wedding Singer. Left: Lynch has released four comedy albums, including The Craig Machine (2005) and Lion (2012) and My Old Heart (2019), above, which reached the No. 1 spot on Billboard’s comedy charts.

career, especially on 2005’s popular studio album, The Craig Machine, with the song “Craig,” about Jesus’ little–known, trouble–making, beer–pounding brother (fictional, of course) and “Beelz,” in which Lynch sings as a flamboyant devil. The Lynch family moved to Saginaw where Stephen became active in community theater, graduating from Arthur Hill High School’s Center for the Arts and Sciences (now Saginaw Arts and Sciences Academy) in 1988. In 1990, he came to Western Michigan University to study theater, graduating in 1993 with a bachelor’s degree in drama. It was at WMU that Lynch began writing comedy songs. After working a few summers at the Barn Theatre in Augusta, he moved in 1996 to New York City, where, over the next decade, his comedy and acting career took off. He appeared on the Comedy Central network, including performing his own special for the first

time in 2000, toured with some of the biggest names in stand–up comedy, and in 2006 earned the lead role of Robbie Hart in the Broadway musical The Wedding Singer, based on the Adam Sandler movie. The part led to a Tony Award nomination, among other accolades. In 2008, Lynch moved back to Kalamazoo, also the hometown of his wife, Erin Dwight (the couple married in 2003). He starred in his second “Comedy Central Presents” special the same year, and in 2009 he released 3 Balloons, his second studio album. He followed up three years later with Lion, a double live/studio album. In recent years, Lynch has utilized Kalamazoo for more elements of his career. In 2016, he recorded a live show at the State Theatre called Hello, Kalamazoo, which was directed by Kevin Romeo, of Kalamazoo’s Rhino Media. His 2019 studio album, My Old Heart, features local musicians Ben Lau and Michael Fuerst, as well as longtime friend and collaborator Rod Cone. It was recorded at Ian Gorman’s La Luna Recording &amp; Sound studio in Kalamazoo. 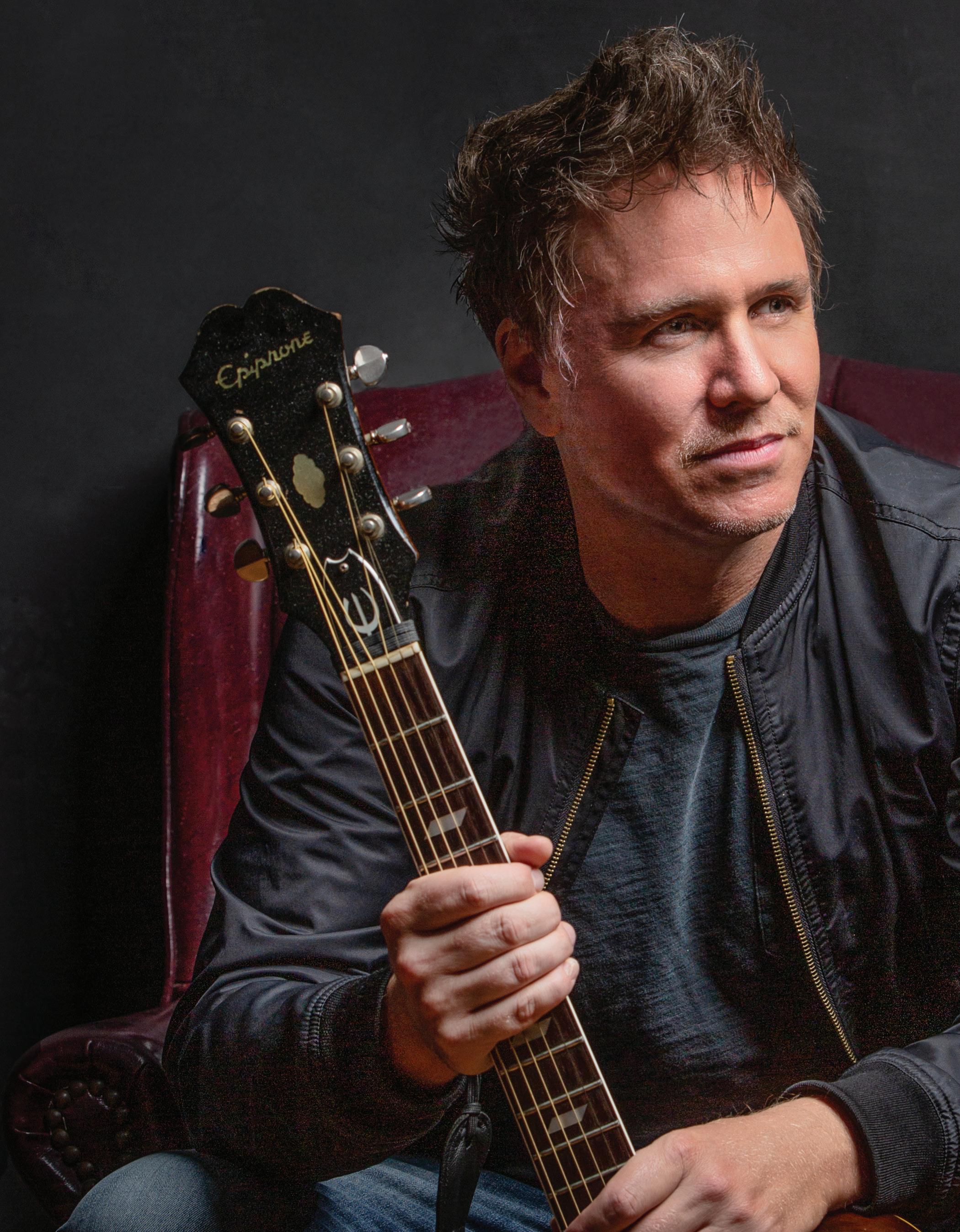 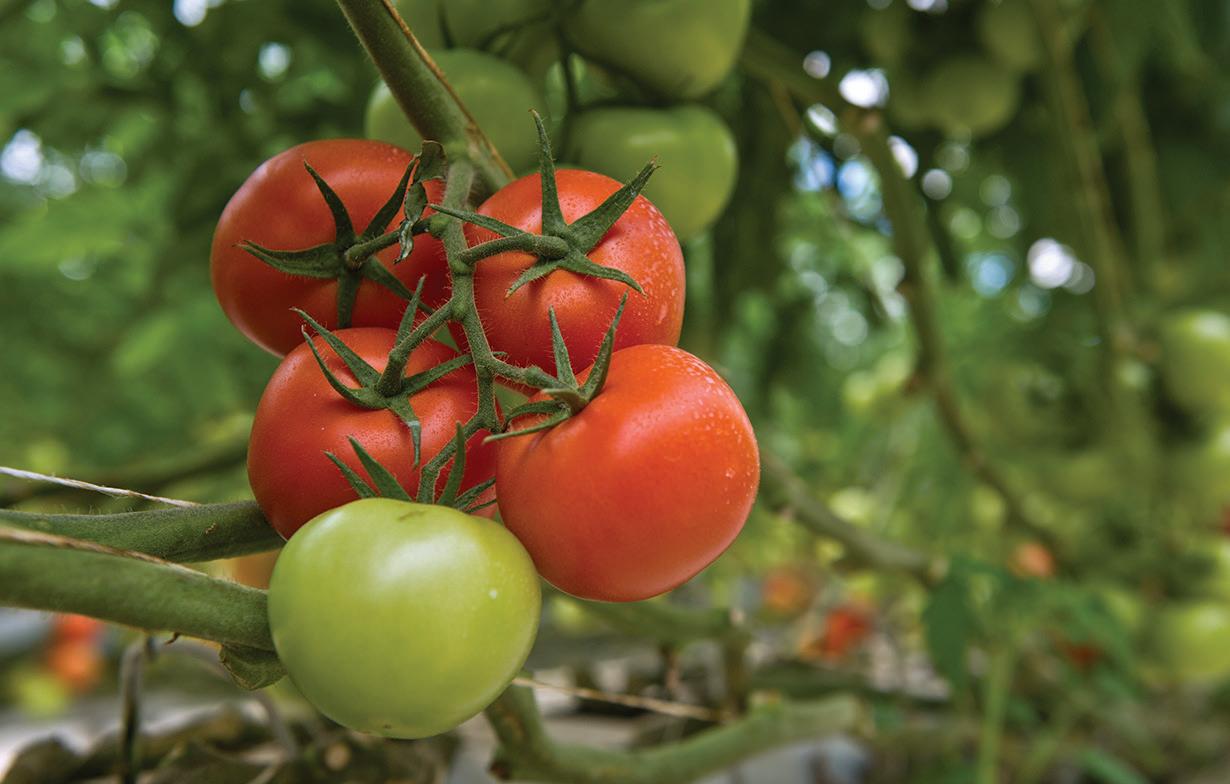