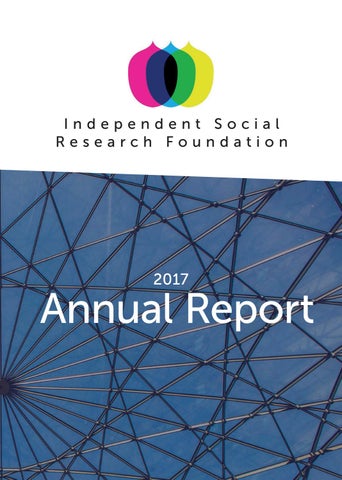 ABOUT THE ISRF The Independent Social Research Foundation (ISRF) is a public benefit foundation funded by a group of private philanthropists with interests in academia and social science, founded in 2008. It is dedicated to advancing the social sciences through the promotion of new modes of inquiry and the development of interdisciplinary expertise and methods, and through better understanding of social entities and processes. To achieve this objective it intends to provide a series of research grants, enter into partnerships with academic institutions and support research activities that promote development in its field. ACADEMIC BACKGROUND &amp; OBJECTIVES There is an increasing recognition — both within and outside academic organisations — that the most pressing social and research challenges are beyond the scope of a single discipline or area of research. There is evidence of this in universities, key funding bodies and the users of social science research. This is particularly true of fundamental questions in the social sciences: How do societies evolve? Why does hunger persist? How do people make decisions? What are the causes of war? These questions are inherently complex and call for diverse insights. A particular challenge created by this complexity is the need to understand the implicit content of the models employed in social science and to ensure that it is appropriate for social analysis. The ISRF believes that interdisciplinary research — understood here as not just the simple combination of traditional approaches, but the conversation between established disciplines and the introduction of new modes of inquiry — is critical for the advancement of new knowledge and for solving contemporary theoretical and practical problems. 3

Kostas Gavroglu - Professor of History of Science, University of Athens

EARLY CAREER FELLOWSHIPS In January 2017, the ISRF launched its fourth Early Career Fellowship competition. Having received a number of strong

INDEPENDENT SCHOLAR FELLOWSHIPS In July 2017, the ISRF launched its fourth Independent Scholar Fellowship competition. Having received a number of strong proposals, the Selection Panel met in December 2017, and voted to make two awards. The recipients were: Dr Greg Constantine - A Visual Archaeology of Genocide and Slow Violence in Myanmar Dr Athena Hadji - Graffiti and street art as a phenomenon and consequence of urban crisis: the case of Athens 6

- What and whose justice in the

ISRF ESSAY COMPETITIONS 2017: SOCIAL THEORY The Independent Social Research Foundation and the Journal for the Theory of Social Behaviour awarded the 2017 ISRF Essay Prize in Social Theory to: Dr Dominic Holland (Nottingham Trent University) - The Nature of the Political Reconsidered - Published online in October 2015 and in print in March 2017.

2018: ECONOMICS The Independent Social Research Foundation and the Cambridge Journal of Economics intend to award the 2018 ISRF Essay Prize in Economics for the best essay on the topic ‘What is the place of Digital Information Technology in the Economy?’. The competition launched in February 2017 and will close on 28th February 2018.

ISRF-SUPPORTED PROJECTS ECONOMICS: PAST, PRESENT AND FUTURE. AN INTERVIEW PROJECT July 2016 Economics education has been debated for a long time, but since the Global Financial Crisis it has come under public scrutiny. This project aims to provide an accessible way for new generations of economics students and scholars, as well as the general public, to get acquainted with different schools of economic thought and their bearing on economics teaching. PI’s Dr Constantinos Repapis and Dr Ivano Cardinale have interviewed distinguished economists on the plurality of analytical traditions within economics and how these have 9

INTERDISCIPLINARITY AT THE CONVERSATION  From April 2017, Josephine Lethbridge will be The Conversation’s Interdisciplinary Editor, funded by the ISRF. Josephine’s role will include working with scholars at The Conversation’s member universities, as well as past and present Fellows of the ISRF, to bring interdisciplinary social research to readers worldwide. Josephine will encourage researchers to write short newsworthy articles, working with them to produce pieces with journalistic flair but no loss of academic rigour. The ISRF hopes that, by promoting interdisciplinarity through this partnership with The Conversation, the usefulness of interdisciplinary approaches will reach broader audiences, and that knowledge of such work will spread beyond the confines of academia.

ISRF ANNUAL WORKSHOP  21-22 June 2017 At the ISRF Annual Workshop the ISRF’s Fellows reported on their work, to each other and to a wider audience drawn from the University of Amsterdam and the Vrije Universiteit Amsterdam, who co-hosted the event at Het Scheepvaartmuseum. The Workshop focused on the ISRF’s requirement that the research should be interdisciplinary, innovative and critical. The topic for this year’s Workshop was ‘Today’s Future’, and the two-day event combined Fellows’ research presentations with panel discussions and audience participation.

ISRF BULLETIN The termly Bulletin presents the interdisciplinary research of Fellows, and other aspects of the ISRF’s work. Each issue is themed around a topic or debate of interest for the social sciences, with articles by ISRF Fellows on their research, as well as by ISRF Academic Advisors and others. 2017 issues were: 11

The theme for this issue arose from the recognition that often (but not always) social researchers define themselves by whether or not they use broadly quantitative or qualitative analytical approaches. Contributors were: Gabriele Badano (CRASSH; Girton College, Cambridge), Trenholme Junghans (CRASSH; Girton College, Cambridge), Patrick Overeem (Vrije Universiteit Amsterdam), and Sherrill Stroschein (UCL).

Issue 13: Today’s Future- Challenges &amp; Opportunities Across the Social Sciences Based on the 2017 Workshop the Bulletin asks ‘what does the future look like from where we are now?’. Featuring contributions from András Bozóki (Central European University), Elizabeth Chatterjee (University of Chicago), Jurgen De Wispelaere (University of Bath), Adam Leaver (Alliance Manchester Business School), Emanuele Lobina (University of Greenwich), and Keir Martin (University of Oslo).

Stuart Wilson Administrator Stuart Wilson oversees the general administration of the ISRF’s operations. He supports the Director of Research in the implementation of the Foundation’s funding strategy and activities, and is the first point of contact for all general enquiries. 13 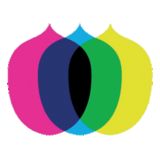