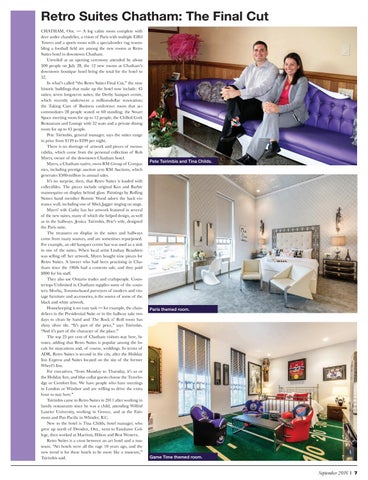 Retro Suites Chatham: The Final Cut CHATHAM, Ont. — A log cabin room complete with deer antler chandelier, a vision of Paris with multiple Eiffel Towers and a sports room with a special-order rug resembling a football field are among the new rooms at Retro Suites hotel in downtown Chatham. Unveiled at an opening ceremony attended by about 500 people on July 28, the 12 new rooms at Chatham’s downtown boutique hotel bring the total for the hotel to 52. In what’s called “the Retro Suites Final Cut,” the nine historic buildings that make up the hotel now include: 45 suites; seven long-term suites; the Derby banquet centre, which recently underwent a million-dollar renovation; the Taking Care of Business conference room that accommodates 28 people seated or 60 standing; the Smart Space meeting room for up to 12 people; the Chilled Cork Restaurant and Lounge with 52 seats and a private dining room for up to 45 people. Pete Tsirimbis, general manager, says the suites range in price from $139 to $399 per night. There is no shortage of artwork and pieces of memorabilia, which come from the personal collection of Rob Myers, owner of the downtown Chatham hotel. Myers, a Chatham native, owns RM Group of Companies, including prestige auction arm RM Auctions, which generates $500-million in annual sales. It’s no surprise, then, that Retro Suites is loaded with collectibles. The pieces include original Ken and Barbie mannequins on display behind glass. Paintings by Rolling Stones band member Ronnie Wood adorn the back entrance wall, including one of Mick Jagger singing on stage. Myers’ wife Cathy has her artwork featured in several of the new suites, many of which she helped design, as well as in the hallways. Jessica Tsirimbis, Pete’s wife, designed the Paris suite. The treasures on display in the suites and hallways come from many sources, and are sometimes repurposed. For example, an old banquet centre bar was used as a sink in one of the suites. When local artist Lindsay Beaubien was selling off her artwork, Myers bought nine pieces for Retro Suites. A lawyer who had been practising in Chatham since the 1960s had a contents sale, and they paid $800 for his stuff. They also use Ontario trades and craftspeople. Countertops Unlimited in Chatham supplies some of the counters. Morba, Toronto-based purveyors of modern and vintage furniture and accessories, is the source of some of the black and white artwork. Housekeeping is no easy task — for example, the chandeliers in the Presidential Suite or in the hallway take two days to clean by hand and The Rock n’ Roll room has shiny silver tile. “It’s part of the price,” says Tsirimbis. “And it’s part of the character of the place.” The top 25 per cent of Chatham visitors stay here, he notes, adding that Retro Suites is popular among the locals for staycations and, of course, weddings. In terms of ADR, Retro Suites is second in the city, after the Holiday Inn Express and Suites located on the site of the former Wheel’s Inn. For executives, “from Monday to Thursday, it’s us or the Holiday Inn, and blue collar guests choose the Travelodge or Comfort Inn. We have people who have meetings in London or Windsor and are willing to drive the extra hour to stay here.” Tsirimbis came to Retro Suites in 2011 after working in family restaurants since he was a child, attending Wilfrid Laurier University, working in Greece, and at the Fairmont and Pan Pacific in Whistler, B.C. New to the hotel is Tina Childs, hotel manager, who grew up north of Dresden, Ont., went to Fanshawe College, then worked at Marriott, Hilton and Best Western. Retro Suites is a cross between an art hotel and a museum. “Art hotels were all the rage 10 years ago, and the new trend is for these hotels to be more like a museum,” Tsirimbis said. 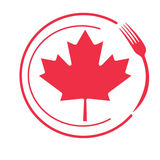