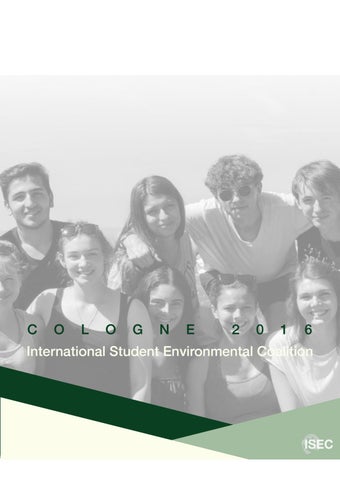 mental Conference (ISEC) was successfully completed from August 3-13. It brought together seventeen participants from six European countries: the United Kingdom, Switzerland, Romania, Germany, Denmark, and Iceland. Unified under a common care for climate change, the participants studied pressing environmental issues and activism strategies, created final projects, and worked to forge an international coalition to sustain a support base for youth activists. Our conference had three key strategies: to educate and inspire world activists, to create follow up projects, and to forge an international coalition that provides support for such activists and such projects around the world. In retrospect, all three goals were attained

In terms of education, we sought to create an

atmosphere of learning that would allow the participants to not only learn about both the differing forms of climate change and methods of activism to counter it, but also from a variety of sources, ranging from respected institutions, to each other. For example we met with Jean Paul Brice Affana, Policy Advisor at German Watch, who outlined how to create effective educational material, as well as the local youth Greenpeace group, with whom we deviseda 30-day initiative to save water - the outside speakers were effective in presenting the realities and methods of environmental action. Furthermore, participants were arranged into five groups, with each group researching a presenting

on a given environmental focus, ranging from Solar Energy and Sustainable Architecture, to Environmental Diplomacy and the World Overshoot Day. This style of learning not only engaged the participants, but also reflected to them the inherent community-based nature of environmental activism: people learning and helping each other.

In addition, we also took key steps to prepare

the participants for the realities of activism, through the use of seminars. For example, one seminar, led by a UK-based debate society, instituted to the participants how to convince the public at different levels (from the local to the legislative) to become engaged and invested in climate change, creating mock-de-

bates and simulations for this purpose. This allowed the participants to understand the steps that will need to be taken in order to implement their project, encouraging them to take a practical view of their societies. Furthermore, talks were given on how to operate and manage a project, such as an experienced community organiser outlining how to treat and utilise volunteers within the projects, giving the participants valuable tips into activism.

The aim of the conference was to create follow

up projects. Four projects were created during ISEC and will be organized at an international level. The Non-Governmental Organization, Yeuth, helped us develop our final projects and coordinate funding in

order to successfully implement our projects upon return. Three of them are focusing on raising awareness about environmental issues using social media platforms and through schools.

ple to be vegetarian one day each week. The team in charge of this project posts vegetarian recipes, creating a community of like-minded people, but also informs the audience about how much the meat industry hurts the environment. Also, one of the goals of the project is to create a nutrition class to be taught in schools.

The second is Thriftshop Thursday that analyzes

the effects the fast fashion industry has on the environment and on the workers. It encourages people to

buy from thrift shops and reduce consumerism. With help from volunteers a map with thriftshop photos, reviews and locations in various towns will be created. During the conference a look book with outfits from thrift shops was already made.

The last social-media based project encourages

people to pee in the shower in order to save more water. This campaign is more engaging since it has a humorous component.

The last project originated from a science project

of one of our participants. He managed to discover a way to transform methane from cowsâ&amp;#x20AC;&amp;#x2122; gas, which is very polluting, into energy. We are now working on getting a patent for this invention and funds to create a prototype.

During the conference, there was some time al-

located to discuss about future plans regarding the development of the organization. We managed to set some short and long term goals. We wish to mobilize environmental youth activists to tackle the misconception that climate change is bigger than any one person, to challenge the popular belief that sustainability can be achieved solely through governmental action, to foster holistic support for individual projects that aim to change the future from a bleak one to a sustainable one and to develop an International Environmental Coalition which activates on all the seven continents and we hope to reach one country from each continent in one year.

At the end of the conference, we asked the par-

ticipants to fill out a feedback form about their experience. The results were satisfactory since the average rating was 9.33 out of 10 and they praised the organization and said that they feel empowered and ready to implement their projects and transform the conference into an international coalition. 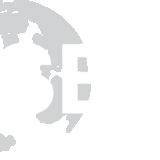