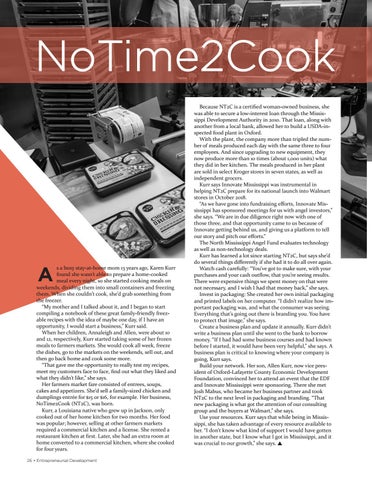 s a busy stay-at-home mom 13 years ago, Karen Kurr found she wasn’t able to prepare a home-cooked meal every night, so she started cooking meals on weekends, dividing them into small containers and freezing them. When she couldn’t cook, she’d grab something from the freezer. “My mother and I talked about it, and I began to start compiling a notebook of these great family-friendly freezable recipes with the idea of maybe one day, if I have an opportunity, I would start a business,” Kurr said. When her children, Annaleigh and Allen, were about 10 and 12, respectively, Kurr started taking some of her frozen meals to farmers markets. She would cook all week, freeze the dishes, go to the markets on the weekends, sell out, and then go back home and cook some more. “That gave me the opportunity to really test my recipes, meet my customers face to face, find out what they liked and what they didn’t like,” she says. Her farmers market fare consisted of entrees, soups, cakes and appetizers. She’d sell a family-sized chicken and dumplings entrée for $15 or $16, for example. Her business, NoTime2Cook (NT2C), was born. Kurr, a Louisiana native who grew up in Jackson, only cooked out of her home kitchen for two months. Her food was popular; however, selling at other farmers markets required a commercial kitchen and a license. She rented a restaurant kitchen at first. Later, she had an extra room at home converted to a commercial kitchen, where she cooked for four years. 26 • Entrepreneurial Development

Because NT2C is a certified woman-owned business, she was able to secure a low-interest loan through the Mississippi Development Authority in 2010. That loan, along with another from a local bank, allowed her to build a USDA-inspected food plant in Oxford. With the plant, the company more than tripled the number of meals produced each day with the same three to four employees. And since upgrading to new equipment, they now produce more than 10 times (about 1,000 units) what they did in her kitchen. The meals produced in her plant are sold in select Kroger stores in seven states, as well as independent grocers. Kurr says Innovate Mississippi was instrumental in helping NT2C prepare for its national launch into Walmart stores in October 2018. “As we have gone into fundraising efforts, Innovate Mississippi has sponsored meetings for us with angel investors,” she says. “We are in due diligence right now with one of those three, and that opportunity came to us because of Innovate getting behind us, and giving us a platform to tell our story and pitch our efforts.” The North Mississippi Angel Fund evaluates technology as well as non-technology deals. Kurr has learned a lot since starting NT2C, but says she’d do several things differently if she had it to do all over again. Watch cash carefully: “You’ve got to make sure, with your purchases and your cash outflow, that you’re seeing results. There were expensive things we spent money on that were not necessary, and I wish I had that money back,” she says. Invest in packaging: She created her own initial packaging and printed labels on her computer. “I didn’t realize how important packaging was, and what the consumer was seeing. Everything that’s going out there is branding you. You have to protect that image,” she says. Create a business plan and update it annually. Kurr didn’t write a business plan until she went to the bank to borrow money. “If I had had some business courses and had known before I started, it would have been very helpful,” she says. A business plan is critical to knowing where your company is going, Kurr says. Build your network. Her son, Allen Kurr, now vice president of Oxford-Lafayette County Economic Development Foundation, convinced her to attend an event that the EDF and Innovate Mississippi were sponsoring. There she met Josh Mabus, who became her business partner and took NT2C to the next level in packaging and branding. “That new packaging is what got the attention of our consulting group and the buyers at Walmart,” she says. Use your resources. Kurr says that while being in Mississippi, she has taken advantage of every resource available to her. “I don’t know what kind of support I would have gotten in another state, but I know what I got in Mississippi, and it was crucial to our growth,” she says. p Vince Jordan has formed both a both a for-profit corporation and a non-profit foundation to train virtual reality creators in Mississippi and then create VR and augmented reality content for the world. Could this be a tech boom for the Magnolia State?

Flowers to the Grave

Flowers to the Grave is a startup company that aims to make it easier for individuals and families to keep attractive flowers on grave sites of loved ones.

EasyKale is an all-natural, nearly flavorless powdered kale product designed to get this "superfood" in your diet on a daily basis. 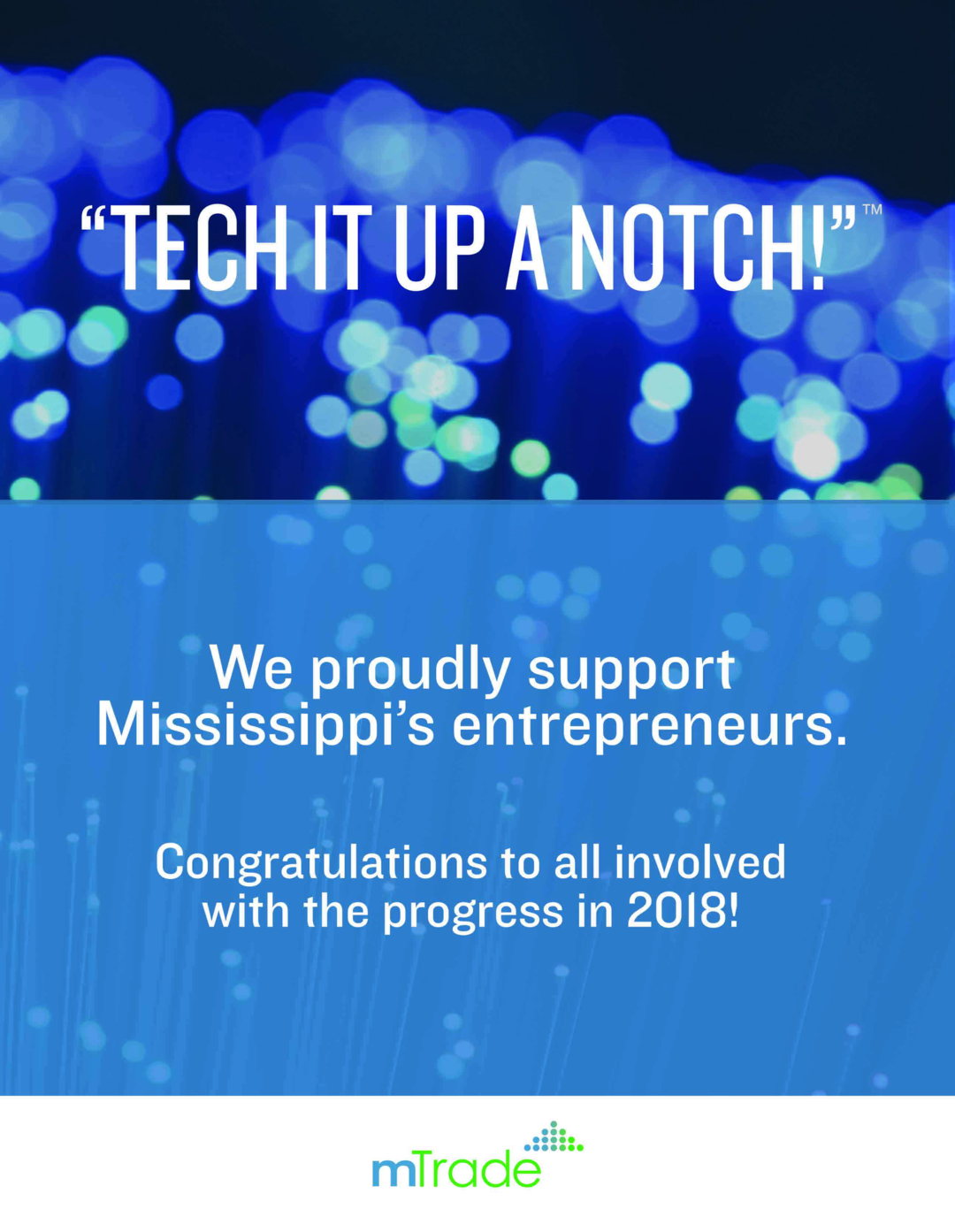 MegaPatch is a Mississippi-based company working on an innovative solution for long-lasting patches that fill potholes. 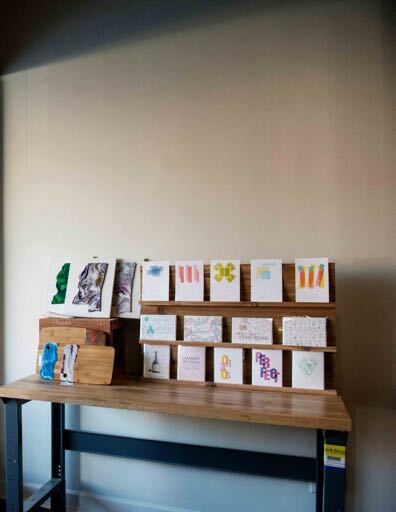 Mississippi State University opened The Idea Shop in downtown Starkville as a member-based \"maker space\" to encourage innovation, entrepreneurship and community in the university's home town. 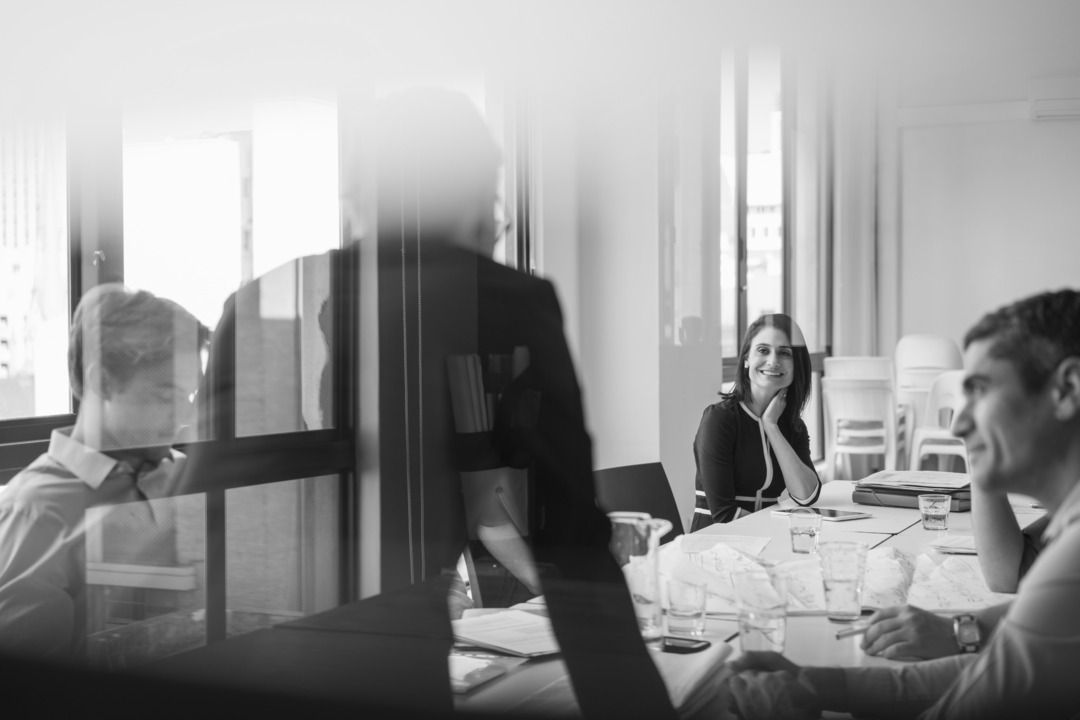 Jackson native Dr. Nashlie Sephus splits her time between her work with Amazon in Atlanta and her startup non-profit, the Bean Path, in Jackson.