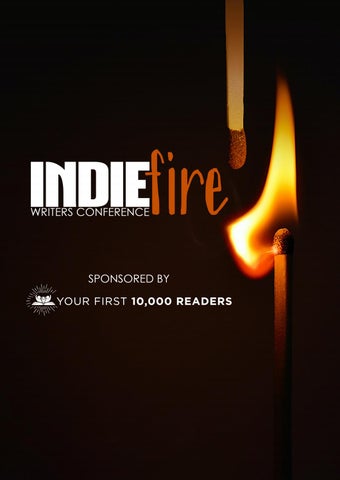 SACHA BLACK Sacha Black is a bestselling and competition winning author, developmental editor and writing coach. She writes books about people with magical powers and other books about the art of writing. sachablack.co.uk

DUNCAN P. BRADSHAW Duncan P. Bradshaw is terrible with longsword, a liability with a morning star and the less said about his archery skills, the better. His stories contain weird wyrds, where he takes convention and snaps it in twain over his knapsack stick! duncanpbradshaw.co.uk

CAROLINE GOLDSWORTHY Caroline Goldsworthy has a BA in Spanish Language and Linguistics and won a full scholarship for an MA in Language Acquisition. Her debut novel Tangent, was shortlisted in 2019 for The Selfies Award. carolinegoldsworthy.com

J.D. GROOM Jodie spent her early life near Lichfield before settling in the valleys of West Yorkshire. As well as writing, Jodie enjoys trying her hand at all kinds of crafts. Her existing work includes her debut novel, Sorceress Of Truth, and a short story, Envy. jdgroom.com

MEG JOLLY Meg Jolly is a USA Today Bestselling fantasy author from Yorkshire, England. Since 2017, she has been a full-time writer and sold approximately 125,000 books worldwide. megcowley.com HOLLY LYNE Holly Lyne is an urban fantasy author, podcaster and bullet journal enthusiast with a knack for organisation and getting stuff done. When not juggling family commitments, she writes dark urban fantasy novels, purging her imagination of its demons. hblyne.com MARISA NOELLE Marisa Noelle is the writer of middle grade &amp; young adult novels in the genres of science-fiction, fantasy &amp; mental health. She is also a mentor for the Write Mentor program that helps aspiring MG &amp; YA authors. marisanoelle.com J.R. PARK J.R. Park runs the Sinister Horror Company, an independent publisher that has been running for five years. His book Punch has recently been optioned for film, and he has worked on films himself as a writer, assistant director and actor. sinisterhorrorcompany.com

KEN PRESTON Growing up, Ken Preston never wanted a proper job, and now he sits in his cellar and writes novels. He is the author of horror/crime mashup the Joe Coffin series and YA adventure series Planet of the Dinosaurs. kenpreston.co.uk ANGELINE TREVENA Angeline Trevena is a British science fiction, fantasy, and horror author, best known for her feminist brand of dystopia. She has also published a range of worldbuilding guides, popular with writers and role-play gamers alike. angelinetrevena.co.uk UNSTOPPABLE AUTHORS PODCAST Indie authors Angeline and Holly discuss their adventures in self publishing and fantasy worldbuilding. Episodes every Monday, juggled around their limited child-free time. unstoppableauthors.com DAVID WAKE David Wake started out writing for theatre, winning awards and taking shows to the Edinburgh Fringe. He chaired the Birmingham Science Fiction and Fantasy Society, and has been a guest of honour at SF conventions ArmadaCon and Redemption. davidwake.com

DANIEL WILLCOCKS Daniel Willcocks is an international bestselling author and podcaster of dark fiction. His stories span the genres of horror, post-apocalyptic, and sci-fi, and his work has seen him collaborating with some of the biggest names in the independent publishing community. danielwillcocks.com DION WINTON-POLAK Dion Winton-Polak started out as a reviewer and podcaster on the Geek Syndicate network, then switched track to work on a couple of fun small-press anthologies. These days Dion spends his time helping authors to shine, with his freelance editing business: The Fine-toothed Comb. thefinetoothed.com ALLY ALDRIDGE Ally moved from London to Suffolk at a young age. Her home county has become the setting of her debut series. Ally actively looks for ways to support her fellow indie authors, like creating the World Indie Warriors brochure/eZine, and design work for Indie Fire. allyaldridge.com

Indie Fire Writers Conference 2020 A virtual conference packed with workshops and panel discussions to help you to take your indie author career to the next level.