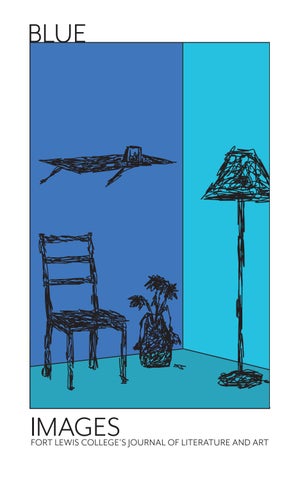 Give me a better truth so I can stop trying to rewrite blank man’s bluff where he threw up black blood on sage brush and couldn’t find his way back down. If I once had a good heart it was left by the wayside of dive bar diners and my grandmother’s maiden name. Once he ran in front of my car to scare me and we ended up in a wreck of past and promises and tell me we’re okays. He said I looked rabid when stoned and I have no reason not to believe him because 3. Outside the Moorheart hotel he told a homeless man to take his wallet and shoes. 2. Outside the Speedway on 2nd he told me to take his wrists and ankles too. 1. He ran out into the street to say you never really wanted it to change or you would’ve fucking changed it. In the end, I left him there in mismatched pieces on the pavement begging him please, give me a better truth tell me a better lie.

The bones of your ribs (in blue)

The bones of your ribs grow from the dirt of my fingers Like the tall tall pine trees that swayed in the wind above the lake like the calls of loons at the first starlight and the last light of the day, as I touch you. This vista I see through the wind of your breath That clears the bugs from the water and tousles my hair leaves the birds to sail in place Paints my half sleeping mind in shades of blue.

BLAME it on the frontal lobe

blame it on the medulla oblongata the throbbing warmth of greed that pulsed his hand onto a thigh he did not know â&amp;#x20AC;&amp;#x201D;or maybe he did that when he touched her that beast inside awoke (in both) and took over every part of her filled her like a suit that fit just right she was trapped behind the cerebrum words and warnings snatched away by cold, blue hands she didnâ&amp;#x20AC;&amp;#x2122;t even know that well while he snorted oxytocin off her breasts and when they both ravaged through the husk of her beast and boy left and all the hate seeped in to fill the emptiness.

BRANCHES OF THE BLOODLINE TREE

A new soul, brought into this world by this broken man, and more broken love. conceived not long ago, but barely soon enough that my father could see them before His mother cried out as the sun crested green peaks, and so he. Fresh eyes, untainted, I wonder how long before my fatherâ&amp;#x20AC;&amp;#x2122;s light fades, and pray that in some way I rush into the old building, broken cracked, white robes, and blood, for fear, or love. Bring solace to the crooked old man. He sits at a brown table, eyes wide, like mine never were The cause of all my sleepless nights rocks him. Dirt flung high, furious as a volcano She sits, calm, radiant, staring into his eyes with a heart that beats in a rage and runs to his fallen friend, caked in more blood than he thought he carried, and suddenly She grips his hand. His heart performs those rare acrobatics that make metaphor. Metal wings on a flying prison lower my father to the ground, he forgets how to Love. This painful beauty is the only way he can describe it. pull the trigger. My son enters the room with something wrapped. She runs away, afraid, he, left with her abuser in his hand, and blood on his tongue. I hold her. She is far more beautiful than I ever, yet, he

tells me she has my eyes. Fists thrown, this is the moment that makes him. Hardened, hopeless, a fighter. My lungs donâ&amp;#x20AC;&amp;#x2122;t work anymore, but my heart does what love must be. Corner, rounded, she is gone. He searches, found, in dark alley, angry eyes I look at him, my best moment, and a tear falls from my eyes. He runs, learning for the first time how to use his legs as she chases him. Left, half-swaddled on a concrete step. Those old eyes begin to close, his leather hand, reached out, to grasp my own. Rush away, before they take him. Before he becomes another bag, another you. I ask my daughter to leave the room, I kneel down beside him, all the wrong fades. Weeping. Tears of blood, but she is no Christ. You were more than I wanted, beyond what I needed. My chest heaves, She cries out. Blood, water, a dark room and a panicked child. Exhale. The mantle passes. A damaged soul released in peace from a broken world. Breathe.

THE ACT OF FEELING BETTER

His hands reach through my gossamer skin made up of spiderwebs and dust bunnies, of blood-stained sheets and missing underwear. Baby do you feel better with a bottle tilted back a body between your legs? He asks me for the words to mend his broken mind between shot guns of smoke and pulling hair that comes off in clumps at my roots and I have no vines to cling to the dirt in which I am planted. Does it feel betterasked with fingers in my mouth. Does it feel betterkissed while driving then blamed when we end up in a ditch. And I donâ&amp;#x20AC;&amp;#x2122;t know how to say, when he reaches through my bare backed body trying to find that healing center, that it never feels any better.

Flowers always die and you, missed them. Bloom. Some fade. Some stolen from its roots

fade from absence, notion of love stolen. Focus, on survival. Running from death

DUPLEX: A LETTER FOR LOVE

When​love leaves the room, self-hatred is welcomed. When flowers bloom you wonder, ​when will they die?

I want to lay my head down and rest. head down rest head down rest. A white girl in a headdress. An orange mesa with a full moon maggot infested plum hanging low above. One foot in the car and I already want to turn around, head back the way I came. But he closes the door on my other calf, pinning me against his hard metal body like an animal caught in a trap. Feed me smoke and force me drink so I never have to stop and think about that ripe ragged rock in the sky. His hand on my thigh, decaying. I hold his fingers but they crack off from his palm and all I am left with is fingernails and knuckle bones. I would like to lay my head down and rest and lose the rot and wear. slip into peace unknown and stay there unaware.

Waving hello to the morning sun To the slow beat of B.B. King. Pucker those perfectly pursed pincers. I woke up once, feeling dead. I feel like an out of tune trombone, Its way down my body. Flowing into your line of sight. Look at me, the front of my mind. Now that I have your attention, Proud as air, soft wind winds. I canâ&amp;#x20AC;&amp;#x2122;t help but squirm deeper into The hollow taste of loss.

(I) The air is weighed down by the low-pitched chords of the bass player. A sheen of sweat adorns his pale face as he communicates the gravity of his troubles. His partner, the trumpeter, plays tones that stink of booze and rot. In the far corner, the guitar player riffs in a curt and dispassionate manner -- like a grandmother scolding a child. They’ve been playing a long while. (II) The bartender’s dishrag lay unattended on the scuffed countertop while drinks sit empty. His office door is open, and a dim light emanates from a far corner of that room. On the other side of the club, a pink-blue neon sign reads “Sal’s Last Stop.” It flickers in tandem with the creaking of the floorboard upstairs.

(III) My, oh my, how the club swings to the rhythm of a resting heart. So smooth are the undulations of the patrons that it hardly looks as though their feet were touching the ground. All of them are taken by the discordant blues, seemingly incapable of resisting its sway. The band grows quiet as the song concludes, and the crowd disperses. A man approaches. (IV) His obsidian hair is slicked back, congealed, with not a single follicle out of place. The silver cufflinks on his sleeve gleam under the fading light of the neon sign. Through the veneer of his perfect smile was distaste. The trumpeter resumes playing alone, blaring longingly like a midnight train, miles away from the comfort of a bed. A sharp feeling penetrates to the bone -- accompanied by the receding of light. (V) The air is weighed down by the low-pitched chords of the bass player...

He hauled his stained suitcase along the pavement of the sidewalk. Contained within were the things he could not part with: his birth certificate, his hoodie, and his recklessness. The rest of his possessions, the things that he could not carry, laid in the dumpster. Stopping for a moment, he glanced over to the lamplit room of his friend. He wondered if he’d see him again. No, definitely not. On a street corner he sat, drying the water from his ears, just three blocks away from his former workplace. Perhaps he was a fool for trying to start his life anew here. Still, he mourned the passing of yet another routine, another job, another reason to get up. He thought about whether he’d miss the scent of chlorine on his clothes. No, absolutely not. Rising from a moonlit bed with a stretch, he tried not to wake the woman sleeping beside him. Sauntering in the direction of the common room downstairs, he appreciated the stillness of the night. It was the quietly owlish moments that he would remember most. “Will this last?”He pondered. Yes, obviously so. He closed the screen door behind him, turning to survey the mess he’d been wanting to clean for weeks. Admittedly, her absence provided him with no reason to do so. How embarrassing, he thought, to crash so spectacularly — again. He considered, against his better judgement, to try and phone his father. No, best to not. Pacing the snow-laden streets, he found himself in another still night. A tired ache gripped at the base of his spine, an ache that neither sleep nor drink would cure. He lamented his station, to watch others race by while he cycled in place. Perhaps he would finally resign himself to the weight, the guilt, the exhaustion. Yes, perhaps. The overhead fluorescent bulbs flicker in unison with the clack of a keyboard. Gone are the cloudy days of his former life, now sunlit by the sweat of his brow. He pauses, briefly, letting the hush of the room comfort him. “Maybe I can do it this time,” he thinks to himself. Yes, finally, Yes. 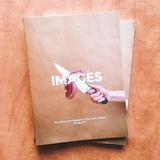