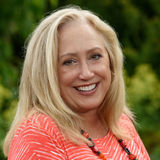 from Strongsville 2022
by Image Builders Marketing 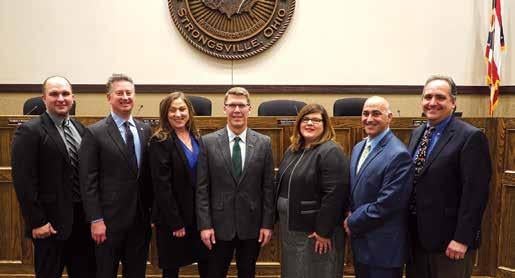 Strongsville Undaunted By A Challenging Year

continued to thrive in 2020, according to Brent Painter, the city’s director of economic development. Overall, the four business parks had a 95 percent occupancy rate, while the largest park – the Strongsville Business & Technology Park, commonly referred to as the Foltz Industrial Park – achieved a robust 97 percent occupancy rate, Painter reports.

Investment in the city strengthened in 2020, revenue from Building Department permit fees increased by 26 percent – to just short of $1 million – compared to 2019.

According to CoStar, a provider of commercial real estate information, analytics and online marketplaces, a national provider of commercial real estate information and analytics, the Strongsville/North Royalton region bested its Cleveland Area Industrial Market peers with an average market rent rate of $6.61 per square foot, topping Westlake/Rocky River ($6.40) and Solon ($6.19), Painter noted. In comparison, the overall average for the Cleveland area was $5.51 per square foot. “One reason why Strongsville business parks are so attractive is our strategic location,” Painter explains.

“The Ohio Turnpike and I-71 intersect in our city, providing excellent access to the entire country, and the airport is just minutes away.”

But the makeup of the community itself, Painter says, also makes it attractive to businesses looking to start up or relocate. “Businesses need to be assured that they have access to a quality talent pool,” he says. “Offering a high quality of life and abundant amenities - like ample retail and service options and recreational areas like the

A bird's eye view of Strongsville's iconic water tower and local businesses beyond; signage for Foltz Park, just one of the four business parks located within Strongsville; the ribboncutting ceremony (left) for City Barbeque in June, 2020.

The Engine of Economic Growth

Major projects in progress in the city’s business parks in 2020 included:

Union Home Mortgage continued to expand and redevelop its national headquarters in the Dow Circle Research & Development Park, creating as many as 450 new jobs.

The retail and service sector continued to expand, particularly changing the landscape of the northern portion of Route 42. Along with the redevelopment of the old La Siesta motel site into a Starbucks and a Burger King, and the replacement of the old Jennifer’s restaurant with a Culver’s casual family restaurant, Discount Drug Mart purchased a parcel of land in front of the Lowe’s home improvement store to build its second Strongsville location.

“The north end of town has generated a lot of interest over the last couple years, which we’re thrilled about, and we expect that to continue,” Painter says. “It was nice to see Jennifer’s Restaurant relocate and stay in the city.”

7 Continued from page 11 Cleveland Metroparks - help to ensure that the city is a desirable community for talented people to settle into.”

The city government, Painter says, helped to facilitate some of that assistance.

“Once we identified that this was going to be a tough economic climate, we couldn’t be the direct source of funding, but we tried to serve as a middleman to help connect businesses to the funding organizations,” he says. “In a lot of cases the banks that disbursed the PPP were overwhelmed, and we were able to get businesses to the right people who could expedite their applications.”

This story is from:
Strongsville 2022
by Image Builders Marketing