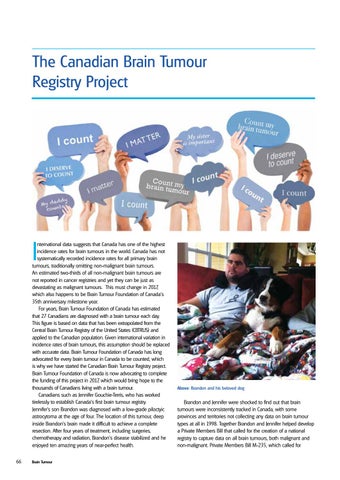 Above: Brandon and his beloved dog

Brandon and Jennifer were shocked to find out that brain tumours were inconsistently tracked in Canada, with some provinces and territories not collecting any data on brain tumour types at all in 1998. Together Brandon and Jennifer helped develop a Private Members Bill that called for the creation of a national registry to capture data on all brain tumours, both malignant and non-malignant. Private Members Bill M-235, which called for

The eighth annual edition of the official magazine of the International Brain Tumour Alliance (IBTA). 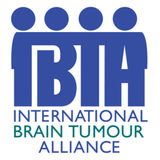