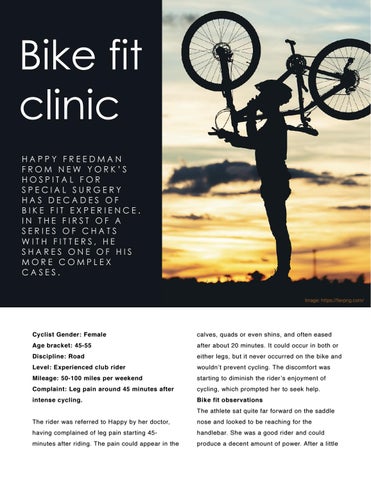 HAPPY FREEDMAN FROM NEW YORK’S HOSPITAL FOR SPECIAL SURGERY HAS DECADES OF BIKE FIT EXPERIENCE. IN THE FIRST OF A SERIES OF CHATS WITH FITTERS, HE SHARES ONE OF HIS MORE COMPLEX CASES. Image: https://favpng.com/

calves, quads or even shins, and often eased

after about 20 minutes. It could occur in both or

either legs, but it never occurred on the bike and

wouldn’t prevent cycling. The discomfort was

starting to diminish the rider’s enjoyment of

Complaint: Leg pain around 45 minutes after

cycling, which prompted her to seek help.

The rider was referred to Happy by her doctor,

nose and looked to be reaching for the

having complained of leg pain starting 45-

handlebar. She was a good rider and could

minutes after riding. The pain could appear in the

produce a decent amount of power. After a little

A new resource for bike fitters, cycling biomechanists and cycling analysts. Published by the International Bike Fitting Institute, this quarterly magazine caters to members and non-members alike, keeping them updated on our activities, but also offering some interesting insights into the world of bike fitting. The magazine will be a source for all things bike fit, including relevant product launches, interviews with experienced fitters, technical discussions and everything in-between. 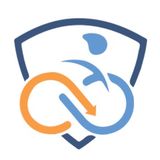 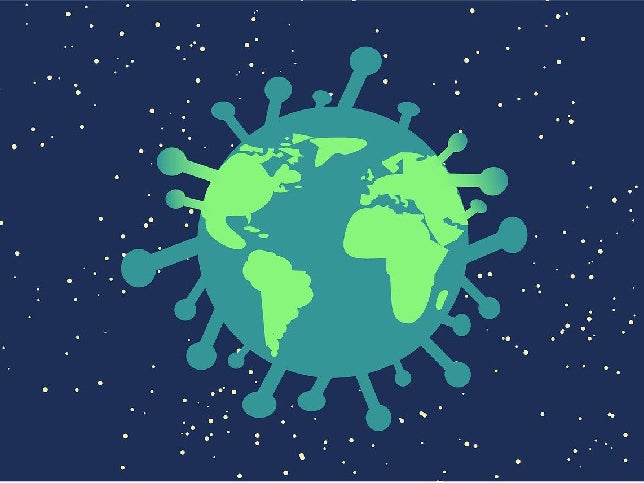 COVID-19: Keeping you and your clients safe