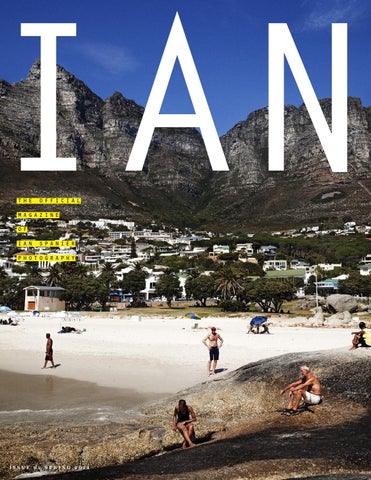 A COMMERCIAL KIND Snacks RocNation, KIND Snacks and Mistress Creative teamed up with NBA superstar Kevin Durant, of the Oklahoma City Thunder, for their latest campaign. KIND created a line of fruit-and-nut bars for the campaign, which aims to raise $1 million for Durant’s foundation to help needy children. Finding a studio in Oklahoma was a challenge — especially one that would fit a six-foot-nine forward. I worked with the creative team to create a background in post that fit the campaign’s theme, “STRONG,” and when we came up with the idea on set to have Durant write out his quotations, the entire shoot came together nicely. Being able to work on this campaign from start to finish was an amazing experience.

B COMMERCIAL SaraMax When SaraMax, a new client, approached me with its first outside assignment, it requested a new look that would help propel its new line of underwear and sports bras in a new direction. Without much guidance and only a white backdrop to work with, I decided to turn a cold winter day into a warm, inviting, fresh new look.

12 7 MINUTES OR 7 DAYS This collection of some of Ian’s favorite images from the road shows that inspiration can happen at any moment, whether you’re traveling on assignment or for fun.

An afternoon spent at a bullfight in Madrid was a captivating adventure. The essence for the composition of the shoot, however, came initially from a foggy beach in New York — and this series of mysterious images came vividly to life.

In tandem with one of his favorite makeup artists and a group of vintageclothing enthusiasts, Ian shot this portfolio as an echo of a viral Facebook post of criminal portraits from the 1920s.

32 CLIENT SPEAK What’s it like to work with Ian? Find out from MTV’s Director of Photography.

C COMMERCIAL Cohiba Comador Cigar For the launch of the tandem effort of General Cigar Cohiba and hip-hop mogul Jay-Zâ&#x20AC;&#x2122;s first cigar, we spent time in the General factory in the Dominican Republic as well as the tobacco fields of Connecticut to create an evocative series of images for the new brand. Choosing subjects as I find them and depicting scenes emblematic of the process of making luxury cigars is something Iâ&#x20AC;&#x2122;ve long loved.

FOLLOWING UP THE premiere of any intensive project is always a challenge, and sometimes external forces are what it takes to finally spur you into action. For me, it was seeing — I kid you not — a viral video of a man being struck by lightning…twice. Once I’d wiped away my tears of laughter (sorry, dude), I realized I’d better get moving on issue 02 of IAN magazine. You never know when life might suddenly change your plans. “Viral” also describes a series of 1920s prisoner portraits that made the rounds among photographers a while back. Inspired by the Prohibition-era street-toughs-and-gunmolls look of the shots, I put together “Sidewalk Empire,” a personal shoot with my friend Michelle Coursey, a makeup artist, who enlisted some of her friends — vintage-wear enthusiasts all — who inhabited the look of these criminals for the portrait series. Meanwhile, given that I’m on the road a lot, I get to see many astonishing and beautiful parts of the world. Sometimes I’m shooting an entire story on these places; other times I’m just stealing the last bit of daylight to get some personal shots. In “7 Minutes or 7 Days,” you’ll see some of my favorite shots I’ve taken around the globe lately — each of which I made with either a week to study a particular location or just a few moments to compose it before getting back on the road. During one shoot in Madrid not long ago, I found myself with a free afternoon to explore. I had made a few calls before the trip and was able to secure a spot in the press row at a bullfight. Typically, a bullfighting arena will be half in the sun and half in complete shadow — a photographer’s nightmare. Then I remembered one foggy morning back home, when I’d seen a surfer disappear into the mist along the beach. For “The Fight,” I took to Photoshop to make this memorable, quintessentially Spanish experience even more aesthetically appealing. Finally, as in issue 01, I’ve interviewed one of my regular clients and showcased a behind-the-scenes look at the preparation that goes into some of the work I do. Thank you for the overwhelming response to the first issue; I hope you enjoy IAN 02 just as much! Photographer and Founder Ian Spanier ian@ianspanier.com 917.723.6410 www.ianspanier.com Design by Warren Mason warren@WarrenMasonDesign.com 646-334-2764 www.WarrenMasonDesign.com Editor Brian Dawson briandawson218@gmail.com

Side walk E mpire A series of recently discovered prisoner portraits from the 1920s went viral not long ago. They werenâ&#x20AC;&#x2122;t typical mug shots by any stretch, but rather depictions of criminals in stylish clothing, all of them exuding attitude from every pore: jovial, cocky, evil. Working with a group of vintage-clothing aficionados, I paid homage to these unearthed gems with a set of portraits of my own.

Iâ&#x20AC;&#x2122;ve always subscribed to the notion that photographers shoot what they see.

Whether theyâ&#x20AC;&#x2122;re on assignment or just idly driving down a country road, they see something that makes them want to put light to film (or sensor) and transform it into an indelible aesthetic image.

With a half-day to myself in Madrid, I headed to a bullfighting arena and got into the press row. I was fortunate to end up sitting next to an American woman, the wife of a former matador, who gave me a crash course in the history of the sport. Inspiration for the final images came from some 4,000 miles away, back home in New York on a foggy morning. Love or hate this brutal, beautiful tradition, it was a memorable experience I wanted to share.

D COMMERCIAL Gaspari Nutrition For Rich Gaspari’s popular nutrition company, I shot CrossFit superstar Libby DiBiase, who was flown in from her home in Omaha. She’s Gaspari’s sole sponsored CrossFit athlete, and it was simple to combine her strength and power — as well as her considerable beauty — in one image.

BEHIND THE SCENES A glimpse into Ian’s notebook gives a hint of how his shoots happen, start to finish.

My first-ever assignment for UFCFIT, a workout program developed by Ultimate Fighting Championship, entailed photographing fight coach and program founder Mike Dolce alongside the athletes featured in the UFCFIT Training DVD series. As the workout clips were being filmed in a room nearby, I set up a studio in a half-empty warehouse in which I’d

shoot each athlete jumping, punching, kicking and posing in the clothes and gear that would be marketed along with this intense workout series. Here’s a look at the set I designed to ensure the lighting would cover whatever might be thrown my way — and at some of these athletes in peak form.

E COMMERCIAL 2Xist In many shoots, it’s necessary to come up with a number of different looks. Underwear brand 2Xist asked me for six distinct sets in just one day. That’s a significant challenge, especially considering today’s straitened budgets, but here I was able to make the most of it by taking things off the ground and shooting from new, unusual perspectives.

“Ian’s a photography chameleon — there’s a great deal of range in his style, which comes in handy when you work in TV, where shows tend to have multiple seasons. Executives and talent love working with him because he allows them to be part of the process; he’s inclusive and approachable on set instead of hiding behind a wall of assistants. He can roll with the punches, too — photo shoots often throw obstacles at you, especially on location. Nothing ever fazes Ian.” Andreea Radulescu, MTV Director of Photography

F COMMERCIAL Danskin For this longtime client, I suggested a shoot at an industrial studio in Brooklyn. Working with elegant models and dancers, I took a series of images designed to appeal to those on both sides of the stage â&#x20AC;&#x201D; the ballet audience as well as the companyâ&#x20AC;&#x2122;s cosponsor, the New York City Ballet. Every page of IAN Magazine takes you inside the world of Ian Spanier Photography.

Every page of IAN Magazine takes you inside the world of Ian Spanier Photography.