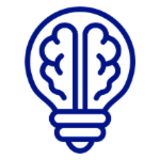 from On Second Thought: the SENSE OF PLACE issue
by Humanities North Dakota Magazine

from 'On Second Thought: the SENSE OF PLACE issue' 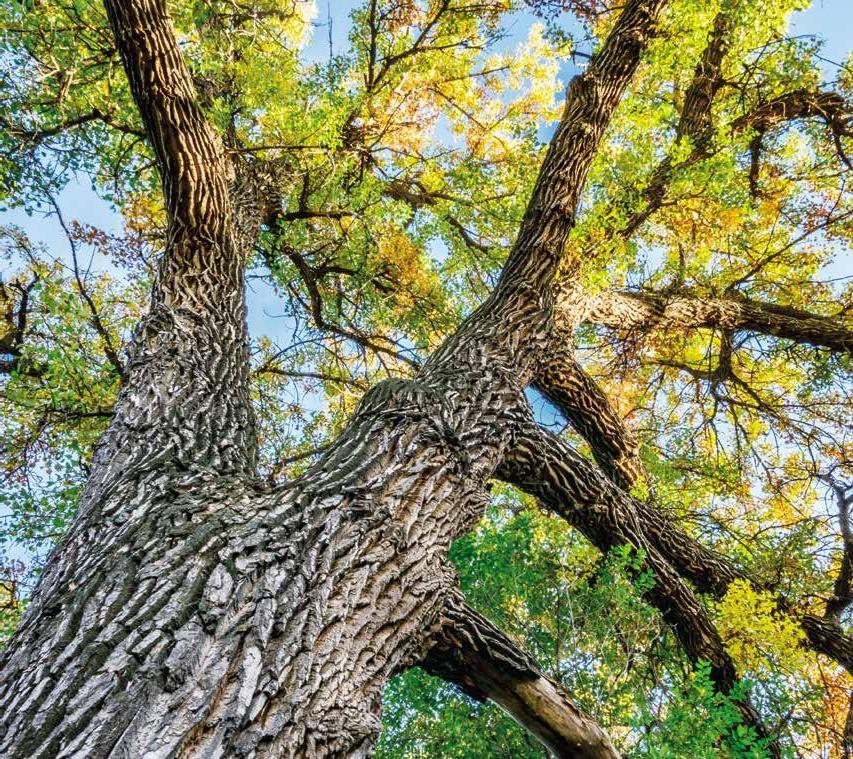 Hitched to Everything Else in ...
by Raylene Nickel

I stand before a winter gathering of beginning farmers in the hamlet of Tuttle, North Dakota, and begin to tell the story of the soil of our farm. I have been invited to join two other presenters in discussing soil and its health for this event hosted by FARRMS—the Foundation for Rural Resource Management and Sustainability.

The farmers are interspersed amid listeners from other walks of life. A woman sitting at the front, of middle years and glistening black, waist-length tresses, listens as if she must catch every strain of wisdom there might be in my story. Behind her, a young man averts his gaze when I glance his way. While across the room, another young man looks at me with steady eyes, weighing my words, as does the dark-haired woman beside him. Always I shift my eyes back to the captivating woman at the front straining to catch even the smallest kernels of truth.

I pray there are a few such kernels. For I empathize with beginning farmers; I feel their hopes, their dreams, and their challenges as if these were my own. It seems only yesterday that my husband, John, and I came to our farm thirty years ago, near the village of Kief, some seventy-five miles north of Tuttle. The PowerPoint image to my left portrays John as he appeared in his fifties, broad-brimmed cowboy hat shading intense blue eyes and graying, close-cropped beard. We came to the farm where I had grown up, where I had learned to handle cattle and horses. I met John, a herd manager, while working on a large cattle ranch in Manitoba, where I had migrated after graduating from Minot State University with degrees in English and psychology. Despite the degrees, working outdoors with cattle had seemed the most comfortable fit for my life.

Two years after our marriage, John and I came to North Dakota to take over my family’s farm. Dreams filled us to near-bursting. Dreams of working with our hands, feeling the sun and wind on our faces; dreams of raising cattle, maybe some crops, and lots of hay. Hope was a shining star that lit the horizon with a vision.

Almost daily, I carried that hope to a broad-crowned hill east of our farmstead. From that big hill, I gazed all about, imagining the farm as it would one day become. John very often came with me. And it is from the vantage of this hill that I begin the story of our soil for the beginning farmers. When John and I came to the farm, the top of the Big Hill was windswept, with bare soil glaring out from wide spaces between scraggly plants, mostly thin-stemmed grasses. A broad bank of drift soil bordering the hill’s southern boundary told the story of the Hill’s hard-scrabble life. Decades of plowing and cultivating had pulverized the already fragile soil of the Hill, shattering it into fine dust. Over time, winds swept the surface of the Hill, lifting the soil and carrying most of it away to the south while dropping some in the entrapping wires and posts of an old fence line. The fence was half-buried in drift soil when John and I came to the farm.

John’s response to the soil erosion on the Hill was intuitive. He refused to till across the top of it. He left the surface undisturbed, freeing it to grow whatever it chose, giving it time to heal as soil organisms slowly rebuilt the earth from the roots and residues of plants.

Over the years, the Big Hill became our Prayer Hill, and I share with the beginning farmers in Tuttle little but a glimpse of the dreams and prayers unfurled from the Hill, dreams and prayers that so often seemed as stymied as shriveled plants. At the summit of the Hill, fields spilling down around us, John and I held each other in the wake of drought, crop failures, paralyzed finances, and a shriveled cow herd. Other times we sat side by side on the ground, hugging knees, watching the sun settle into the horizon, its red and gold hues melding sky and earth.

But in time the question gave way to new thoughts fueled by the insights of ecologist Allan Savory. And these thoughts are what I hope to plant in young farmers. It dawned upon us, all those years ago, that there was a shared dependency among levels of life on our farm. We were present on the land to the same degree that the birds and the diverse plants of the fields and sloughs were present. We were present to the same degree that its myriad of insects and soil organisms were present. Whatever we could do to enhance this biological diversity, this shared dependency among levels of life, would help us all to be more present on the land.

We stopped tilling the soil. Instead, we converted the fields to alfalfa, a perennial legume that enriches the earth. Grasses grew naturally along with the alfalfa. We planted more trees and let volunteer trees spring up at the rims of sloughs and marshes. We expanded our cow herd and grazed them in ways that repaired soil. By cross fencing our farm into many paddocks, we were able to let grasses rest for long periods after short periods of grazing. The grasses grew tall during the rests, and the subsequent grazing of the cows trampled much of the forage into the earth. There, the plant residue built a thatch, covering the surface of the earth and protecting previously bare patches of soil from heat and from erosion by wind and water. The plant residue, along with manure and urine from the cattle, made more food for soil organisms.

John sidestepped fuel-burning machinery as much as possible and began using teams of draft horses to feed hay to cattle in winter. We dispersed the feeding areas across the fields, freeing manure, urine, and hay residues to further fertilize the soil.

Passersby might have presumed that our main enterprise was that of raising cattle, producing grass-fed beef. But in essence, we were building soil. The cattle were simply the byproduct.

The natural processes—kindled by hope and love—knit from our farm a tapestry that John called “a circle of concert.” It was a simple yet elegant fruition of our vision: The soil grew the plants, and the plants fed the cattle, horses, and goats—and us, through our garden, beef, and the dairy products from the goats. The food empowered us to shoulder the physical work needed to tend the plants and livestock, all of which in turn fed the soil. Even our finances, too, came into line, as if woven mysteriously into the tapestry.

Yet there came the day when I held John not in a warm embrace but as cold ashes in my hand, his earthen being reduced to clay-like crumbles. At the summit of our Prayer Hill, I spread him all about, ashes on the breeze. Settling here and there, the gray crumbles nestled among the grasses now carpeting the Hill, healing its worn surface.

In the nearly seven years since, I have stopped asking “Why?” My prayer now is “How?” And so I continue, working for our soil, imagining ways to do things alone once done by two. Still caring for cattle, still caring for plants, and still carrying my hope to the Prayer Hill.

As the years marched onward, I grew curious to know the extent to which John and I might have changed the soil of our farm for the better, and so I tested samples of the soil at a laboratory. It is this, too, that I share with the beginning farmers. Because John and I never got a baseline measurement of soil health when we started farming, I also sampled soil from a neighbor’s field that has been tilled since the early 1900s. That sample gives an idea of what the soil on our farm might have been like before we began making changes 20 years ago.

For comparison, I sampled the soil from one of our paddocks right across from the neighbor’s field. The test results showed that the organic matter of the soil in our paddock is nearly twice that of the tilled field. Organic matter is the rich reservoir of nutrients in the soil and the component that gives soil the structure needed to retain and infiltrate moisture.

While needful, informative, and even uplifting, the scientific renderings of soil health are impersonal, even cold, telling nothing of the dreams and prayers giving shape to the very soil itself— decades of human hands working toward a vision.

And so I bring a tender heart to this meeting of beginning farmers, the men and women who must by necessity populate our farms and ranches in order for agriculture to survive. After my presentation, I sip hot coffee while one woman tells me of her newly planted rows of lavender on native prairie. The woman with the long, black tresses tells of her one-on-one fight against wormwood in her pastures, and I am inspired. My determination to fight that invasive weed on our farm re-ignited.

But it is while listening to another woman’s story about the feeding of her cattle that my compassion is most deeply stirred. She describes a shortage of hay, the obstinance of a tractor in winter, snow and ice causing winter hazards for her work. All threats that must be overcome if soil life, humans, birds, livestock, and plants are to co-exist in a shared dependency of relationships.

Back at home, I remember her in prayer each day. And in spring, after warm breezes melt the snow and while hawks soar overhead, I will carry my hope to the Prayer Hill. There, I will pour out my prayers and dreams for her from the summit, watching them wash across the strengthened grasses. I will plant my hope for her in the enriched earth cradling John’s vision—a circle of concert.

RAYLENE NICKEL raises cattle and goats on her farm near Kief, North Dakota. A member of the American Agricultural Editors’ Association, she contributes regularly to Successful Farming magazine. She has authored two memoirs: A Prayer for the Prairie and Forever Hopeful (www.raylenenickel.com).
This story is from:
On Second Thought: the SENSE OF PLACE issue
by Humanities North Dakota Magazine