Voice and Messaging - A marriage made in heaven? 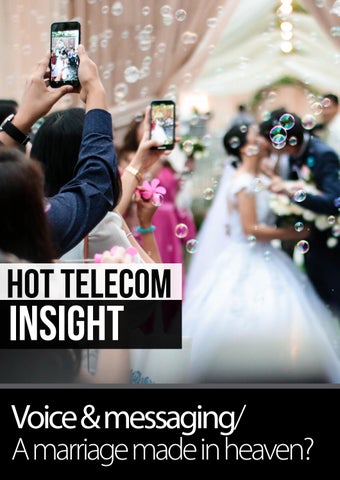 A marriage made in heaven?

Number of SMS messages to reach over 8 trillion in 2021

Voice and messaging A marriage made in heaven? Is the convergence of these two traditional silos the start of the integration of wholesale voice &amp; messaging? The international telecom business has been surprising resilient over the years. Yes, the death of paid voice services was predicted over 20 years ago, and there is a steady decline in the total revenue being obtained from voice calling, but it is still alive and kicking. On the other hand, SMS was for a long time the poor cousin, with many IP-based messaging apps sprouting at around the same time. Skype, Facebook Messenger, more recently Slack and other business-oriented messaging solutions, have taken the world by storm. Surprising as it may seem, SMS still has a place in the telecom world. With the rapid rise of Application to Person (A2P) messages using SMS, it is actually growing, and the cost of terminating an International SMS is still several US cents to many destinations. In fact, our recent International Wholesale report forecasts the number of SMS messages to be over 8 trillion in 2021. Of course, the vast majority will be domestic, but even so, we estimated that the revenue received by SMS Hubs for international SMS termination 2

would grow to US$5.9 billion in 2024, not a small sum. As a result of the rapid growth of A2P messages over the past few years it was no surprise to see an increasing number of voice carriers taking the strategic decision to move into SMS delivery. It was a natural evolution, as they are in a position to utilize their global networks and numerous commercial relationships to rapidly add a new (and growing) revenue stream to their activities. At the same time, smaller companies in the SMS space decided to add voice termination (either niche destinations or full A-Z delivery) to their portfolio. The advent of Unified Communication was a trigger for this evolution in many cases. Is the convergence of these two traditional silos of activity the start of the integration of wholesale voice and messaging? And will this integration only take place at the relationship and sales level, or also maybe more importantly, at the OSS-BSS level? It would be a natural evolution, but is a voice and messaging marriage of some sort made in heaven or made in hell?

Why a voice - messaging marriage at all? The advantages of tackling both SMS and voice termination could be significant. Two that come to mind are the monetization of existing relationships and operational efficiency. Monetization of existing relationships Both the voice and messaging businesses depend on finding, building, and developing relationships with carriers in countries around the world who can help find the best and most economical ways of terminating in those countries. For messaging in particular, these are often the mobile networks in each country. At the same time, carriers are always on the lookout for ways to stabilize their traffic and revenue through longer term agreements with traffic commitments. Carriers are seeking these types of deals, which tie incoming and outgoing traffic into one contractual arrangement. Extending those bilateral traffic agreements to bundle messaging and voice traffic commitments would perhaps make it doubly interesting.

Operational efficiency From there, another significant advantage of a voice and messaging marriage that comes to mind is the gain in operational efficiency in terms of systems, processes and people. We can imagine immediate benefits of being able to process both voice and messaging orders and opportunities using the same sales, operational and engineering teams. If the systems in place were able to support the pricing, routing and rating of both voice and messaging services seamlessly, it is natural to think that a single team and systems for both services would be the ultimate alternative. Bringing instant cost savings both on the CAPEX and OPEX sides.

The aim is seamless, pricing, routing and rating of voice &amp; messaging

Is a voice - messaging marriage realistic? The above does suggest that it would make sense for carriers to integrate the management of both voice and messaging using a single system and seamless teams and processes. However, although these two termination services appear very similar on the surface, there are complex intricacies in each that often require deep experience to fully address those complications. Voice vs messaging rating Firstly, the way pricing is defined differs very significantly between voice and messaging, with concepts in each that do not apply to the other. As we know, wholesale voice termination is driven by the exchange of price lists between carriers â&amp;#x20AC;&amp;#x201C; usually on a weekly basis, which specify the codes in each country with a price per minute for delivery to a customer represented by one of those codes. Although there are many variants of the actual structure of the price list (the introduction of origin-based charging is one example that has been tackled quite

differently between carriers), the basic information shared between carriers is remarkably similar. SMS however, is a world apart. SMS is charged per event, as it does not have a usage component, and there is far less commonality in how the charging is defined. SMS is usually charged based on the actual mobile operator that the message is destined for. Consequently, most rate sheets reference the Mobile Country Code (MCC) and Mobile Network Code (MNC) to specifically identify the carrier in question, compared with country and area codes for voice traffic. In many cases the destination is the portability corrected carrier, not the originally assigned owner of a code range, which could cause a bill shock for an enterprise sending A2P messages not being aware of this complication. Finally, there are subtle restrictions that have been implemented country by country over what type of messages are acceptable. As a result, the basic difference of a usage-based versus an event-based www.hottelecom.com

price is clear, but in reality, the pricing of messaging is a completely different animal to that seen in the voice world. Voice vs messaging routing Although voice and messaging sound like two very similar products, they have very unique elements when it comes to routing and the choice of a downstream carrier. The quality of a voice termination route is measured by factors such as the percentage of calls that are answered and the average length of those calls. On the other hand, SMS delivery is simply a yes/no factor and to complicate things, is not always immediately notified. Furthermore, suppliers of voice termination usually deliver that service across all the destinations in a country, while SMS termination can be much more specific and will not necessarily cover every possible end user. As a result, the challenges involved in using a system able to do both and learning both the language and idiosyncrasies of each product are not to be underestimated. Single System or Integration? A factor that many established voice carriers must face is that their voice business is many, many times larger than even their best predictions of SMS revenue. Coupled with that is all the history and learning that has gone into their voice termination skill set in both people and systems. As a result, even though they might be enticed by the possibility of combining both services in one system,

the top priority by far is making sure that they can handle every capability and every deal relating to their voice business. In cases such as this, carriers may sensibly choose to stay with their voice system (or perhaps replace it with a more modern system focused purely on voice) to ensure that they can maintain that revenue stream. From there they may decide to add a focused SMS system on top to address the unique needs of that product. The key then is to look at integration. A focus of moving into both service streams was the opportunity to build on relationships to include both a voice and a messaging component in their deals. To make this happen efficiently, it is critical for carriers to be able to ensure that invoicing, credit, and collections are integrated into one process. One invoice, one credit management system and so on. So, in cases such as these, as an alternative to a single system that manages both voice and messaging, carriers must ensure that they partner with one of the few vendors able to integrate both the voice and the messaging routing and rating systems into one invoicing environment. It is perhaps an easier choice for a small SMS player adding voice into the mix. Most SMS carriers already use a commercial routing system and so the choice to either add a separate voice environment or choose a vendor offering a combined product is somewhat simpler. Without the years long history of adding voice functionality to a system, the decision to drop one vendor and choose a more capable one is easier to manage.

The benefits and intricacies of the voice and messaging marriage

Why should we make the voice messaging marriage work at all? At the end of the day, all wholesale carriers are looking for opportunities to extend into alternate revenue streams. Adjacent products, such as SMS and voice, are among the easiest to adopt for voice carriers and SMS Hubs as they both have similar customers and utilize often similar suppliers for delivery.

But for both, it will be a significant challenge to integrate elements of the overall process such that the import of rate sheets is automated for instance. It will also be very complex to ensure that final steps in pricing, reporting and invoice creation and management are shared between the products.

But, as we have seen, the systems and processes for choosing and managing those relationships to deliver the best, and most economical, service are not as similar as it might appear. The ideal of one overall system to manage all those intricacies might be palatable for SMS players moving into voice but may be a step too far for the larger voice carriers.

the author Steve has a lifetime of experience in designing, engineering and operating networks, both domestic and international. With leadership experience in small technology start-ups through to global service providers, he has deep experience in a wide range of products, technologies and geographies. He has the rare skill of being able to explain complex technical issues in easily understood concepts and uses that extensively in his consulting work with HOT TELECOM.

about orca wave Orca Wave is an experienced team of telecom and software professionals whom have worked together in the international and U.S. telecom space since 1997, committed to delivering valuable knowledge from information. In 2002, Orca Wave was founded by John Rivenburgh and Jeri Wait.

The software platform has been the voice engine for a number of the leading Global Tier One Carriers and innovative new market entrants including wholesale, wireless, application and VoIP providers. The BlueWater Platform has been greatly expanded to incorporate the fast-growing messaging business.

To find out how we can support your space journey, contact us at: sales@orcawave.net www.orcawave.net

Voice and Messaging - A marriage made in heaven?

Is the convergence of these two traditional silos of activity the start of the integration of wholesale voice and messaging? And will this integration only take place at the relationship and sales level, or also maybe more importantly, at the OSS-BSS level? It would be a natural evolution, but is a voice and messaging marriage of some sort made in heaven or made in hell? Read our market insight to find out how this could impact your business... 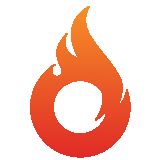