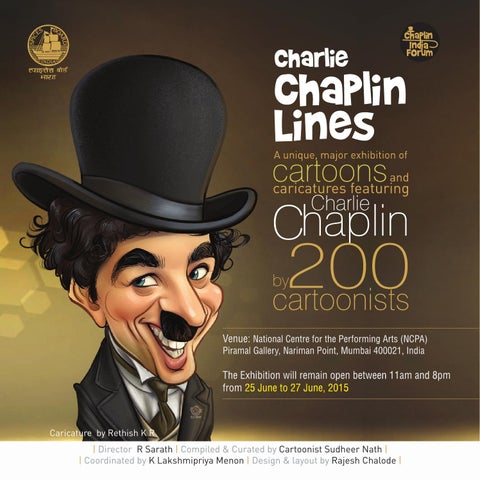 Charlie Chaplin Lines Charlie Chaplin is more than an actor, much more than a filmmaker; Chaplin is a phenomenon that catapulted the film industry into heady heights and helped it transcend the realm of industry to that of sublime art. Decades after his exit, the eternal sunshine of Chaplin's work illuminates the world of film. Generations of filmmakers have been inspired by his work even as aesthetes have relished his creations, which are beyond time and locale. Chaplin's work spanned eight decades. The young boy who started as a stage actor ended his career as the first auteur. He handled scripting, direction, production, editing, acting and even music composition for his films. Starting out in the silent era he continued working till the final years of his life when technology had progressed beyond belief. Every film was pursued with religious fervour and investment of precious time and resources, which elevated his work beyond the ordinary, creating a benchmark for others. As with Shakespeare, Chaplin is a man for all times. The laughter that was set off during the first screening of his plays rings even today wherever his films are screened. The laughter that serves as a canvas for pathos is a brilliant contribution of the master craftsman. The fine balance of joy and sorrow has mesmerised filmmakers and audiences ever since. Another feature of Chaplin's that filmmakers of today should model themselves on is his courage to comment on political and social issues at the risk of being marginalised. His movies carry many fitting social commentaries that are well camouflaged by slapstick. Laughter and pathos, slapstick and intelligent social comment are all rolled seamlessly into reams of film that are always relevant to audiences everywhere. Chaplin is timeless, Chaplin never ceases to amaze even a century after his birth; Chaplin is relevant because human sentiments are universal and eternal. I always wonder: Why does Chaplin still matter, even after a century? Chaplin was an unconventional perfectionist whose meticulousness was wholly focused on creating and sustaining an emotional pitch. Always with his reaction is a slow, half-embarrassed smile, which he covers up with his hand and so creates a sense of emotional continuity that makes technical continuity irrelevant. There are only a few attempts from masters to attain perfection eternally. Chaplin's greatness has been etched in my mind from childhood and, therefore, I could not desist from paying a tribute in celluloid to him. Buddha and Chaplin Smile is my Malayalam film created to commemorate this centennial year of his acting career. Besides this, I was very happy to initiate this forum for all Chaplin lovers in India and also being a part of this invaluable exhibition of Chaplin cartoons, caricatures and other artworks. I would like to express my sincere gratitude to Laura Chaplin, who extends all help to my endeavours regarding this forum. R Sarath Chairman, Chaplin India Forum EVRA 448, TC 16/312, Eswaravilasam Road, Vazhuthacaud Thycadu P O, Thiruvananthapuram-695014 www.filmdirectorsarath.com

Laughter's Great Dictator “The human race has only one really effective weapon and that is laughter.” – Mark Twain There is only one known genius who adapted the essence of the cited adage to his real life as well as to his reel life. It is no one but Chaplin, the very surname that brings laughter even to modern-day children. Charles Spencer Chaplin was born in East Street, London, on 16th April 1889. His parents were musicians. At the age of five, he appeared on the stage as a substitute for his mother, who had to walk off the stage after her voice became cracked. Thereafter, he played different roles in life: newspaper boy, printer, toy-maker, glass blower and doctors' boy to support his family comprising a mentally ailing divorcee mother and an older half-brother. As he observes in his Autobiography, "I never lost sight of my ultimate aim to become an actor." At age 10, he joined a dance troupe as a professional and became "a bright and vigorous child actor." When he joined films at 25, he had already mastered every aspect of an iconic comic performer as underscored by his own words, "My lips never know my problem, they just always smile." The rest is history: The growth of Chaplin from the master actor to the actor-cum-master director, certified by films like Easy Street, The Immigrant, Shoulder Arms, The Kid, A Woman of Paris, The Gold Rush, The Circus, City Lights, Modern Times, The Great Dictator, Monsieur Verdoux, and Limelight. "The Little Tramp", arguably among the world's best-known fictional characters, universalized the hat and cane and boots and baggy pants of his boyhood. The cornerstone of Chaplin's art is satire. He laughed at every sociopolitical situation during his lifetime by laughing at himself. He dared even to lampoon Adolf Hitler in his film The Great Dictator, the one and only talkie that Chaplin ever made. Imitation is considered the highest form of flattery. There were many actors in the Indian film industry who imitated Chaplin's mannerisms and earned plaudits from film enthusiasts. Perhaps no one did so better than Raj Kapoor, particularly in the film Mera Nam Joker in which he laughs at the world while laughing at himself. Another Indian actor, who immortalised Chaplin is Kamal Hassan in his Tamil film Punnagai Mannan (King of Smiles), which was later dubbed into Telugu (Dance Master) and Hindi (Cha Cha Charlee). The world is celebrating 2015 as CHARLIE CHAPLIN YEAR to commemorate the legend of satire in filmdom on his 125th year of birth as well as the 100th year of his screen appearance. As creators of laugh lines, let us join the venture by compiling this book of cartoons and caricatures on Chaplin as a tribute to the master. We were flooded with more than 500 contributions from budding, amateurs to seniors, professionals, but only some of them could be accommodated in the exhibition. I extend my gratitude to all those cartoonists who duly responded to my request and contributed cartoon.

A unique, major exhibition of

A unique, major exhibition of 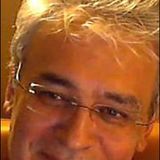