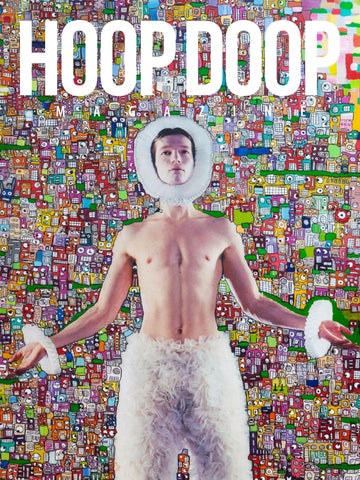 A visual project conceived and directed by photographer Jerry Lee Ingram, combines art, fashion and artisan craftwork.   In a backstage setting, reminiscent of yesteryear cinema, the series of photos features Italian model Isabella Vasen wearing paper interpretations of historic iconic designer gowns by Valentino, Pierre cardin, Dior, and others. The original fashion pieces were once worn by Hollywood stars and photographed throughout fashion history by legendary photographers such as  Richard Avedon, Bert Stern, and Giampaolo Barbieri. Ingram teamed up with designers Desiree Costanzo, Silvia Armelleschi, and Elisa Galli of the Italian design studio Blender and with the stylists from Hylozoica, Marta Biagini and Cristina Bozzi.  Blender designers materialized the photographer’s vision by hand crafting the iconic gowns and accessories entirely in packing paper.  The Hylozoica stylists worked closely with the designers of Blender to recreate the paper dresses and accessories with as any important design details as possible. The images and pieces created for the Carta Couture project are on display June 18 thru July 24, 2016 at in Livorno, Italy at the Villa Trossi gallery.

Jerry Lee Ingram Fashion, art, and celebrity photographer has collaborated with a long list of designers and fashion houses over the last 20 years while assuming professional roles as photographer, stylist, creative director, as well as set designer.  His experience in the fashion industry includes projects for both the famous and the emergent, with historic companies such as Max Mara, Salvatore Ferragamo, Pierre Cardin, Ken Scott, Trussardi, Mattel, Lee Jeans, Luisa Via Roma, Richard Ginori, Luciano Soprani, and many more.  Currently his images of fashion icon and historic fabric designer Susan Nevelson are part of a three year permanent exhibit ‘Women In the Spotlight’ at the Pitti Palace in the Museum of Costume in Florence Italy. Ingram is a MacMurray College graduate and studied art and photography abroad as a student with Kent State University in Florence, as well as the Lorenzo Dei Medici Art Hylozoica Marta Biagini and Cristina Bozzi alias Hylozoica, are costume stylists for fashion photography and video, and are also professional graphic artists. They both studied Fashion Design at ISIA where they met and began working together. Initially during the making of promotional videos of third year ISIA runway presentation “Whyte” and afterwards for their thesis. Since the opening of their studio in 2012, Hylozoica has produced catalogs for various fashion companies in Italy, and  many editorials for magazines such as Elegant, Muse, Moob, and Dark Beauty.  Their costume costume styling for video includes for the campaign commercials for Publiacqua, an independent film short for Giacomo Becherini’s “Waves”, and also music videos such as “Estate” by Nada.   They were awarded first prize at the Horror Project Festival in 2013 with the film “Un altro giorno di Terrore” (“another day of Terror” ) dell’Albero del Veleno.  Biagini and Bozzi also create stage costumes and are involved with historical

collaborations with various theatre companies and medieval festivals. Among their ongoing styling and costume work Hylozoica has currently taken on the development of communications and graphics for a prestigious fragrance and cosmetics company, and are also collaborating with the Gucci photographic studio.

Blender The Blender team is comprised of three women, Fashion Designer Desirèe Costanzo,  Designer Elisa Galli, and Set Designer  Silvia Armelleschi.  The complementary qualities of experience, expertise, and diversity allow the three creative women to expand in different sectors, developing ideas upon requests-for professional,  private and public sectors. Blender designs and builds stage sets, furniture and interior design, as well as event styling and decorations of all kinds. Blender is also passionate about fashion and offer costume design , image consulting, styling and tailoring. Blender also specializes in events and weddings creating installations, and produce unique graphics for printed party materials. As part of the artistic world for years, Blender has collaborated with artists, bands and performers in events and shows. 7

I MET FRED AT THE GOGALLERY, IN AMSTERDAM, AT THE OPENING OF FRED & FRIENDS, WHERE A GROUP OF ARTISTS COLLABORATED WITH HIM OR BETTER I WOULD SAY EVERYBODY WAS SQUATTING SOME PIECE OF FRED ART OR THE OTHER WAY AROUND....* When did you start painting, or when you decided to be an artist? I always wanted to express myself in some way i just didnâ&#x20AC;&#x2122;t know how, few years ago I had quite tough time, painting helped me to go through this phase of my life and i discovered that it was what i wanted to do. Where do you find your inspiration. Out in the streets I find my inspiration and while I am walking Filou (my dog), my city (Antwerp) and also working with other people, collaboration is a growing process both personal and professional. You do graffiti, you draw, you paint, you design shoes you mix and match with other people art, what are you working on right now? I will have an exhibition the 8th of September on the 22the floor of the Antwerp Tower on the Keyzerlei in Antwerp. Called Mixed emotions 4 where i will be showing older and new colaborations . In the meantime I will do some graffiti (small things) and I will be working on the preparation of the show. Where our readers can find more about your art? My website: frederickmichielsen.be and my facebook page www.facebook.com/frederickmichielsen. Interview by: Monyart

SOMETIMES AN ARTIST WALKS ON THE EDGE, LOOKING FOR THE PRECARIOUS BALANCE BETWEEN THE EMOTIONS AND INNER REASONING OF MAN.

GABRIELE SAVERI IS A KIND PAINTER, SMEARED WITH PAINT WHICH JUMPS ON HIS WORK, INTOXICATED WITH JOY AND CURIOUS TO SEE ITS GOAL. AS AN INFANT EXPERIENCING GESTURES, SUBTLE CHROMATIC PASSAGES IN TONAL PASSAGES WHICH EXPRESS MULTIPLE MEETINGS ON THE VARIOUS LEVELS OF SHAPE AND CONSTRUCTION.

RESEARCH IS CONSTANT IN HIS WORK. RESTLESS AND UNSTOPPABLE TRANSLATES INTO ENERGETIC SIGNS WITH THE AIM OF WANTING TO CAPTURE THE UNGRASPABLE AND WANTING TO DISEMBARK ON THE SHORE OF THE OVER AND BEYOND BETWEEN EMOTIONAL OUTBURSTS AND STRICT ORDER. THE BASE IS DEFINED THROUGH THE CONTINUOUS INTERTWINING AND SUPERIMPOSING OF SHAPES AND INTENTIONS, ADDING LINES AND NERVOUS AND THREAD-LIKE GEOMETRIES FAVOURING BOTH RAPID AND UNPREDICTABLE MOVEMENTS BUT ALWAYS DECISIVE AND RESOLUTE.

LIGHT IS THE ORIGIN OF EVERYTHING.

LIGHT, IN HIS WORK, FOLLOWS, CHASES, FINDS AND HIDES. ITS STRENGTH REVEALS THE TRUTH OF THE VISION, BENT BY THE PAINTERLY GESTURE IN ATTEMPTING TO STOP THE CONTINUOUS MOVEMENT OVER SUCCESSIVE LEVELS. AN IRONIC ATTEMPT TO RETAIN THE UNGRASPABLE ...

DEFINING A PATH IS ALWAYS COMPLEX, THE IDEA IS BORN, TRACED, ONE TRIES TO FOLLOW THE LINE BUT THE DESIRE TO MAINTAIN THE INTENTION OVER A LONG PERIOD FALTERS AND GIVES WAYS TO UNINTENTIONAL SHAPES.

THE ISLANDS ARE MY MOMENTS. THE MOMENTS IN WHICH I DEVOTE MYSELF TO THE CANVAS, ISLANDTED, DISCONNECTED

WHERE WHAT YOU CREATE IS NOT A SLAVE TO A PRE-PACKAGED IDEA, A REQUIREMENT BUT IS GENERATED, LAYER UPON LAYER, GESTURE AFTER GESTURE. THE COLOURS REVEAL THEMSELVES WHILE FROM AFAR I LOOK AT THEM FOR HOURS, DAYS.

ITâ&#x20AC;&#x2122;S NOT ABOUT THE COLOUR ASSOCIATION RULES, LINES OR LEVELS. IT IS BEING PART OF A PROCESS, LITTLE HEAD, ALL EMOTION AND GUT, IT IS LETTING YOURSELF GET CAUGHT UP IN THE PROCESS ITSELF.

I FIND IT MORE INTERESTING, THE PROCESS IS A CONTINUOUS SURPRISE,

IT SURPRISES ME, INTRIGUES ME... THE PROCESS IS ENDLESS ...

After 11 years Dj Krush has released his new album “The Butterfly Effect”. We had the chance to send him few questions about his new work, his career and the future. That’s what he told us. 31

HI DJ KRUSH NICE TO MEET YOU! Since the release of your last album in 2004 , the new technologies and media have brought a lots of changes inside the global music scene and business. How these innovations have influenced your music and the production of “The Butterfly Effect”? I’d been making new tracks and released by online, but it did not connect to the album. Actually I had played DJ in every country. And then it’s gone 11 years when I noticed. In addition, release style, it used to be an analog record & CD in the market but currently it has changed to online sales because of digital intervention. I carefully came to prepare for release based on the circumstances of this. Which are the music genres, albums, artists or events of the last 11 years that have mainly influenced the sound of your new album? Currently, it has been bear and consumed a variety of musical styles along with the digital evolution. Amount of information is much more than a long time ago, and easy to access, anyone can participate. Among such information overload, I think the work that will brush up my personality becomes more important thing. Incorporating the various influences, to sustenance for my own sound which I looking for. I would have been affected by various things before I knows it. I will lose myself if I don’t say “do not lose myself” to me. In the “Butterfly Effect” you have featured with artists from different parts of the world and with different musical backgrounds, such as Yasmine Hamdan a Lebanese songwriter and actress, Takashi Nigaki a Japanese composer , Crosby Bolani a reggae singer from South Africa and more. How all these collaboration were born and why did you decide to feature with them?

I simply offered artists who I’m interested in. First, convey the concept of the album to the other party, then received a sympathy and get a response. After that, we are talking about the sound and filled with details, then led to the final stages for the mastering . There is no border. The track “Living in the future” included into “The Butterfly Effect” is featuring the Japanese rapper Tha Boss. How and in which direction, the Japanese Hip-Hop scene has grown during the last two decades? Two of the scene up there. Major scene, underground scene. Underground scene is much better for me. In addition, interesting young talents are working hard in the underground scene. What people said in the underground scene is more realistic. What - in your opinion - our global society might change or do, to get the ‘butterfly effect’ that will give us a better future? This is the flow of a moment that is it will flow from the current moment.Toward my future, going beyond the “I ” at the moment .... If I had been able to move forward now, even just a little, so I think this is good and also I’ve done by myself. Children around the world live in the “current” of the earth, must be enjoyed where good and bad place now of the global environment. And they would be the one suffer a variety of influences from the future of the earth ..... I want to leave something better to future generations . Past, present and future is a subject to carry for human life but I think there is a wish which try to move forward on day by day. www.facebook.com/DJKRUSHofficial

First, determined the concept of the album, and then I decided the guest. 33

TIM GAO IS A FREELANCE PHOTOGRAPHER BASED IN SHANGHAI, CHINA. HIS SURREAL AND NOSTALGIC PHOTOGRAPHS FROM “INVISIBLE THEATRE” SERIES TAKE US INTO THE STREETS OF SHANGHAI AND PRESENT A UNIQUE POINT OF VIEW FOR HIS EMOTIONAL RELATIONSHIP WITH THE METROPOLITAN SHANGHAI.

STREET PHOTOGRAPHY IS NOT JUST A SHARP TRIGGERING OF SHUTTER TO SHAPE THE OUTSIDE WORLD IN THE FORM OF LIGHT AND SHADOW IT IS SIMULTANEOUSLY A CURIOUS OBSERVATION AND EMOTIONAL PERCEPTION OF WHATS HAPPENING IN THE ORDINARY STREETS AT ANY MOMENT WHEN UNPREDICTABLE DRAMAS AND REALITIES ARE ACTUALLY TAKING PLACE, TIM GAO EXPLAINED, I HAVE LIVED IN SHANGHAI FOR OVER 9 YEARS AND I EXPLORE SHANGHAI, WHERE URBAN CITY AND RESIDENTIAL LANES ARE HIDDEN AND UNKNOWN TO ME AND IMPACT MY EMOTIONAL ATTACHMENT TO THE CITY. STREET PHOTOGRAPHY NOT ONLY ENABLES ME TO CREATE A DOCUMENTARY VIEW OF THE UNIQUE SHANGHAI STREET AND THE CULTURE BEHIND IT, BUT ALSO REVEALS THE EXTRAORDINARY AND METAPHORICAL ASPECT OF SHANGHAI AN INVISIBLE THEATRE OF MYSTERY, DRAMA AND NOSTALGIA. 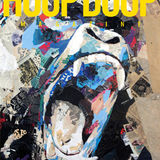