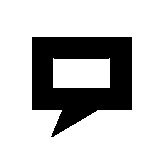 Originally made by a team tasked to raise money from the streets for the shelter, the Homeless Voice was born from the knowledge that freedom of press was a way to raise awareness. We started as a flyer, then a 4-page newsprint, then finally becoming the voice of the homeless with the Homeless Voice newspaper and website in 1999. Within the newspaper we hope to present the problems that the homeless population faces day-to-day, the problems these people personally face, and the ways that laws can help and hinder them. We distribute in all major cities throughout Florida, including Tallahassee, Lake City — where our Veterans Inn and Motel 8 is located, Jacksonville, Tampa, Orlando, Daytona, Ft. Lauderdale, Miami, and now Gainesville.