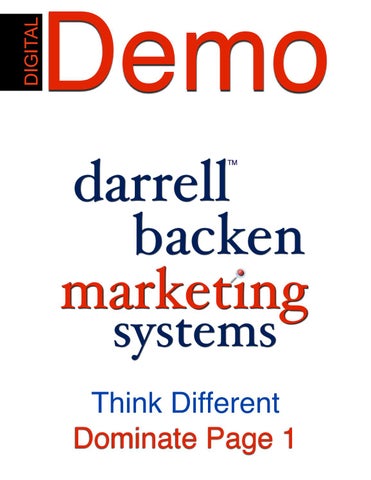 Go Back To Index

Go Back To Index

This demo is interactive. When you hover over a page and see a blue highlight,double click on it and it will take you directly to that media. It works for videos, websites, social media, email and GPS directions

BACK TO INDEX MEDIA GONE VIRAL

Leverage Your Marketing With Others Paying

BACK TO INDEX Samsung dealer testimonial of effectiveness after one month.

BACK TO INDEX Samsung dealer testimonial of effectiveness after 5 years. The concept of Digital garden is a proven System. Since the campaign started in 2011, the Samsung dealer has brought in hundreds of thousands of dollars of sales and built the $30,000 a month recurring revenue for phone lines. The system is still working seven years later.

“Digital Garden” Digital Garden™. What is that? Digital Garden™ is the word that I have coined the phrase, as for the unique method of digital marketing that I do. The idea of it is, I compare traditional digital marketing to fresh flowers. They&#39;re beautiful. They&#39;re cut. They come to you, they smell great. They work great, but they only lasts two weeks. When your budgets gone, so are they. You throw them out. Digital Garden™ is a different method, a different approach. What I do, is develop a multi-faceted approach to it there, so that there are many different ways to get on the first page. I developed all of these methods so that there&#39;s basically a machine gun of input, so that you get placement month in, month out. Over, and over, and over again. It lasts for years. The first one that I did in 2009 is still there today. It is the top of the page, on Page 1 Google around the world. This systems doesn&#39;t work just locally. It can be done across the city, across they country, or around the world. I have placed in North America, South America, Asia, Europe. This system works around the world. My objective was ... In 2008, I started this. I was working for a company. I was the chief marketing officer for a plastics corporation. They wanted to have videos and online stuff. This all very new,

back in 2008. Remember that YouTube was only started in 2005, and nobody knew about it. I put the website together for them. I put videos on there. They didn&#39;t work, because they wouldn&#39;t show up, until YouTube created the system that was universal. It would show up on a Mac. It would show up on a PC. There was no universal system to show video content. We had one. It wouldn&#39;t show up on mobile. It wouldn&#39;t show up on PC. If I did it on my PC, there were many, many flaws in the system. I persevered and I decided to have a goal. My goal was to place well. First page of Google. Top of the page. I wanted to dominate the page. Have many, many different ways of getting on the page. Instead of just a website, I developed a Multi-Channel Multi-Platform Multi Media Program to stay there. even hear that word until I&#39;ve been doing for six years. I thought, &quot;Hmm, I guess I&#39;m one of those.&quot; I was just a person who was interested in getting the job done. later. I had a simple goal; dominate the market, because when you control the first page of Google and have pushed your customers to page two, they are now basically invisible people. They don&#39;t bother looking at page two, three, and four. 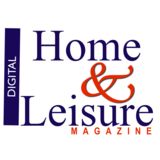