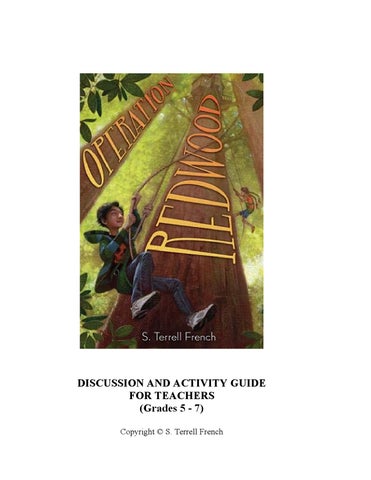 “This fantastic debut novel, full of clever stunts and pranks, shows the power of determined individuals, no matter what their age, to stand up to wrongdoing.” -- Publisher’s catalog OPERATION REDWOOD is an environmental adventure, filled with humor and surprising plot twists. It’s a coming-of-age story with a multi-cultural cast of characters. It’s about friendship and family, betrayal and forgiveness, and the power of money and truth, hope and action. It touches on the unique history of California’s redwoods and the complexities of civil disobedience and introduces readers to a memorable crew of smart kids who care about the world around them. SUMMARY: Julian Carter-Li is staying with his rich and calculating Uncle Sibley in San Francisco, when he discovers an angry e-mail that reveals his uncle’s plans to log an old-growth redwood grove in northern California. Without telling Uncle Sibley, Julian erases the e-mail and begins a secret correspondence with the sender, Robin Elder. When his uncle unveils his plan to send Julian to math camp for the summer, Julian runs away to Robin’s ranch, masquerading as a summer intern. There, he and Robin begin plotting Operation Redwood -- a plan to stake out a tree house in neighboring Big Tree Grove to protest the logging. But before they can begin the plan, Julian is discovered by his aunt and uncle, who threaten to ground him for the remainder of the summer. Julian is finally able to escape from his uncle and, with his best friend, Danny, undertake a risky plot to help Robin. Ultimately, the boys return to the ranch, where the children face timber operators, reporters, lightening storms, activists, and even Uncle Sibley himself, in their effort to make Operation Redwood a success. ABOUT THE AUTHOR: S. Terrell French is a writer and environmental lawyer who lives in San Francisco with her husband and three children. 1

DISCUSSION AND ACTIVITY GUIDE Discussion questions and activities for OPERATION REDWOOD are suggested below. They are divided into four parts. Which questions and activities you use will depend on whether you are emphasizing class discussion, in-class activities, or research projects, and whether you wish to focus on specific topics such as motivation and characterization, redwood ecology, or environmental history. Factual information relating to some questions can be found at www.operationredwood.com (The Redwood Forest page). Separate vocabulary lists and assignments for each part, which can be used as student hand-outs, are included at the end of this guide. Chapters 1 – 8 (pp. 1-84) Discussion Questions and Activities 1.

Julian intercepts an e-mail addressed to his Uncle Sibley with the subject header “JULIAN.” What does the e-mail reveal about Uncle Sibley? How does it change Julian’s feelings about him? Have you ever been in a situation where you discovered someone’s hidden feelings about you (good or bad)? How did it make you feel?

Chapter 2: Robin writes an e-mail to Sibley Carter to express her anger over his company’s plan to log Big Tree Grove. Do you think her e-mail is persuasive? What do you think Sibley’s reaction would be if he received the e-mail? Why? Activity: Write the e-mail that you would send if you were Robin Elder. Or write a letter to a decision-maker on another public issue that is important to you.

country? Were your parents immigrants to the United States? Your grandparents? Your great-grandparents? Do you know what countries your ancestors lived in before they came to the United States? Activity 1: Write a family tree listing as many relatives as you or your parents can identify and where they were born. Activity 2: Write an essay describing a custom or tradition from different parts of your family. Activity 3: Share with your class a true story or anecdote from your family. Activities 5.

Find a California map and trace the route from San Francisco to Willits. Estimate how many miles would Julian need to travel to visit Robin.

In Chapter 8, Julian thinks about what the land he is crossing looked like 200 years before. What did the land beneath your school, home, or city look like 50 years ago? 100 years ago? 200 years ago? What kind of ecosystems were in your neighborhood? Can you find old photographs of your city or neighborhood that show a different landscape?

Chapter 9: Huckleberry Ranch and Robin’s family are not exactly like Julian imagined them. Can you think of a time that an actual place or experience was very different from how you imagined it would be? 3

When Bob refers to Julian as “that boy” in Chapter 13, Julian feels like he is a “stranger again.” How do Julian’s actions during his first two weeks at Huckleberry Ranch change how Nancy and Bob Elder view him? How does Daphne’s arrival change their view of Julian again?

Chapter 11: The plan Julian and Robin create – Operation Redwood – is partly inspired by the work of a real activist named Julia Butterfly Hill. Write a research paper that explains what Hill did and why she did it. Would you consider her efforts a success?

The children in OPERATION REDWOOD refer to the work of two early environmentalists: John Muir, one the best known American conservationists, and Gifford Pinchot, the founder of the Forest Service. Write a report on the work of Muir and Pinchot. What are they known for? What did they accomplish? How were their beliefs similar? How were they different?

In Chapter 15, Julian and Danny have their first real disagreement. Has there ever been a time when you were torn between sharing something with a friend and keeping it to yourself?

At the end of Chapter 17, Julian is struggling to find some way to help Robin. Brainstorm with the class -- what would you do if you were in his situation? Come up with five ideas Julian could implement to change Sibley’s mind? After you’ve finished Chapter 18, discuss whether the class thinks that Operation Break-In will work. Why or why not?

Chapter 19: Julian is reluctant to communicate with Bob Elder. Why? What role does trust play in their relationship?

What does Julian learn about his parents from his conversations with Popo? How did Julian see Popo before she arrives? How does their relationship develop during their time together?

In Chapter 14, Preston makes a poster on redwood ecology. Make your own redwood poster with eight (new) facts and three (new) opinions. Or find another topic in ecology that interests you and make a poster on that topic.

Is there something in your community (school, town, city, country) that you wish you could change? Write a press release announcing the change and explaining why it is being adopted.

When Robin and the operatives want to begin Operation Redwood, her father, Bob, has many objections. What are they? Did you find Robin’s responses persuasive? What is “civil disobedience”? What factors do you think are necessary to justify breaking a law? Do you 5

After the storm in Chapter 24, Julian is “filled up with something like happiness.” Why do you think the storm ends up creating this feeling in him? Activity: Write a one-page description of a time in your life when you’ve been filled up with happiness.

What does the pocket knife mean to Julian? Why do you think he makes the decision to stay in the tree house despite the knife’s significance?

In Chapter 27, Robin and Danny are excited by all the chaos, while Julian and Ariel prefer Big Tree Grove when it is just the four of them. What does this say about their characters? Of the four operatives, who is your favorite character?

The four operatives are partly inspired by the action of Julia Butterfly Hill. What does the word “inspired” mean? Activity: Draw an “Inspiration Tree” showing who inspires whom in OPERATION REDWOOD, then write an essay about the effect of “inspiration” on the characters in the book.

relationship with his friends and family evolved? What do you think are the most important factors that caused these changes? 27.

Would you recommend OPERATION REDWOOD to other students? Why or why not?

Ariel describes a “mental snapshot” in Chapter 26. Write a mental snapshot of a recent moment in your life that’s important to you. Include all your senses: smell, sounds, feeling, sight, and what was in your heart.

Find a newspaper article from the 1990’s that describes the Headwaters Agreement or the events leading up the Agreement and summarize what you learned that was not included in the Author’s Note to OPERATION REDWOOD.

CONCLUSION Did your class enjoy reading OPERATION REDWOOD? Was this Discussion and Activity Guide helpful to you? What discussion questions and activities did your class find most engaging (either from the Guide or not)? I would be interested in your comments. Please write to me at sterrellfrench@operationredwood.com.

17. dubious (50) 18. prestigious (52) 19. perfunctory (58) 20. magnanimous (78) In Chapter 2, Robin writes an angry e-mail to Sibley Carter. Pick ten of these words and use them to: 1) write a letter to somebody you’re angry with; or 2) imagine you’re Robin and write your own letter to Sibley Carter. ASSIGNMENT On page 51, Daphne refers to Julian as “half-Chinese” but, according to Julian, doesn’t see Preston as “half anything.” Talk to members of your family and ask them where your ancestors lived before they came to the United States. Then, on a separate piece of paper: Activity 1: Write a family tree listing as many relatives as you can (parents, grand-parents, great-grandparents as far back as you can) and where they were born (city, state, and country). Activity 2: Write an essay describing a custom or tradition from two different parts of your family. What is your favorite part of this custom or tradition?

17. rubber-stamp (129) 18. profiteer (130) 19. proprietary (145) 20. condescend (146) Pretend you live on Robin’s ranch or in another rural area that you are familiar with. Pick ten of these words and use them in a letter to a friend describing an imaginary day in your life. ASSIGNMENT 1. OPERATION REDWOOD refers to the work of two early environmentalists: John Muir, one the best known American conservationists (p. 40), and Gifford Pinchot, the founder of the Forest Service (p. 129). Write a report on the work of Muir and Pinchot. What are they known for? What did they accomplish? How were their beliefs similar? How were they different? 2. The plan Julian and Robin create – Operation Redwood – is partly inspired by the work of a real activist named Julia Butterfly Hill (p. 125). Write a research paper that explains what Hill did and why she did it. Would you consider her efforts a success? Would you want to do what she did? Why or why not?

17. exodus (199) 18. sumptuous (200) 19. scrutinize (219) 20. sentimental (219) Pick ten of these words and use them to: 1) summarize what happens to Julian when he returns to Sibleyâ&#x20AC;&#x2122;s house; 2) describe an imaginary day in the life of a pirate; or 3) describe the worst day of your life (real or imaginary). ASSIGNMENT Is there something in your community (school, town, city, country) that you wish you could change? Write a press release like the one Danny and Julian write in Chapter 18, announcing the change you would like to see and explaining why it is being adopted.

17. pabulum (325) 18. rueful (326) 19. easement (334) 20. perpetuity (335) Imagine youâ&#x20AC;&#x2122;re a newspaper reporter reporting the events of Chapter 27. Write a newspaper article using ten of the words listed above. Include imaginary quotations from at least two characters that you have interviewed. ASSIGNMENT 1. In Chapter 27, Robin and Danny are excited by all the chaos, while Julian and Ariel prefer Big Tree Grove when it is just the four of them. What does this say about their characters? Of the four operatives, who is your favorite character? What qualities about that character do you admire? Give an example of something they do or say that demonstrates their character or personality. 2. Would you recommend OPERATION REDWOOD to other students? Why or why not? 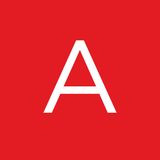 DISCUSSION AND ACTIVITY GUIDE FOR TEACHERS (Grades 5 - 7) from the new book Operation Redwood by S. Terrell French and Amulet Books.

DISCUSSION AND ACTIVITY GUIDE FOR TEACHERS (Grades 5 - 7) from the new book Operation Redwood by S. Terrell French and Amulet Books.