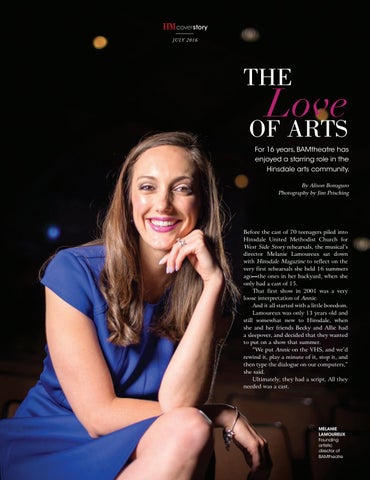 For 16 years, BAMtheatre has enjoyed a starring role in the Hinsdale arts community. By Alison Bonaguro Photography by Jim Prisching

Before the cast of 70 teenagers piled into Hinsdale United Methodist Church for West Side Story rehearsals, the musical’s director Melanie Lamoureux sat down with Hinsdale Magazine to reflect on the very first rehearsals she held 16 summers ago—the ones in her backyard, when she only had a cast of 15. That first show in 2001 was a very loose interpretation of Annie. And it all started with a little boredom. Lamoureux was only 13 years old and still somewhat new to Hinsdale, when she and her friends Becky and Allie had a sleepover, and decided that they wanted to put on a show that summer. “We put Annie on the VHS, and we’d rewind it, play a minute of it, stop it, and then type the dialogue on our computers,” she said. Ultimately, they had a script. All they needed was a cast. 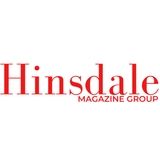