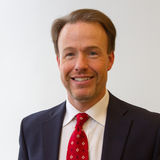 Heath Morrison, superintendent, possesses over 30 years of experience in education, working in both the private and public sectors of the industry. He has occupied almost every role in education and educational administration from social studies teacher, to the President of the McGraw-Hill School Group, to his current position as Superintendent at Montgomery ISD. Heath Morrison's superintendent leadership has inspired positive change at every institution and district he's worked in. His schools showed increased test scores and graduation rates, and his teachers were supported and empowered. Heath Morrison is passionate about spreading the message about education. He has been asked to share his experiences in the field with other people. His efforts have earned him awards such as the Washington Post's Distinguished Educational Leadership Award and the title of 2012 AASA Superintendent of the Year.