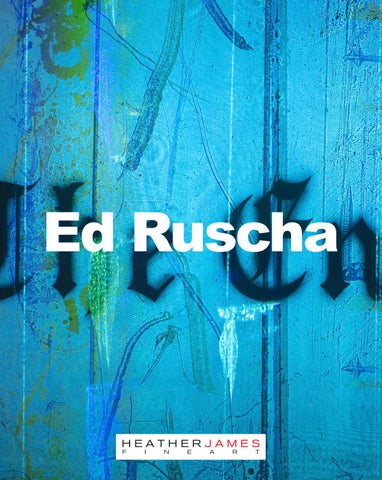 Ed Ruscha’s art encompasses a vast array of media, including painting, printmaking, drawing, and as seen here in The End, the expressive and experimental hologram. Ruscha moved to Los Angeles in 1956 at the age of 18, and immersed himself in the West Coast culture, which included the mecca for film and television production. The End is a cinematic theme that the artist used in the 1990’s and 2000’s, appearing in paintings, prints, and drawings – notably the 1991 large-scale painting at the Museum of Modern Art. Addressing the passage of time and obsolescence, Ruscha makes use of an antiquated typeface and an old cinematic tradition of using text in film. The concept of ephemerality is enhanced by the words themselves, The End, and the nature of the medium itself. Considered futuristic when it was developed in the 1960s, the laser technology for holograms also creates a sense of impermanence as the images change with the viewer’s movement. In this set, some of the depictions include a film strip stopped between two frames. While there is innate movement in the shifting words and images, these holograms also represent a full stop – a transitory moment frozen in time. Ruscha’s approach to this theme was motivated by childhood memories of the cinema, and holograms provided a dynamic vehicle to represent that theme. Others who have explored the holographic medium include Bruce Nauman, Louise Bourgeois, Eric Orr, Chuck Close, and James Turrell. Ed Ruscha’s 6-decade long career is virtually unmatched, engaging in an innovative use of words as objects, and constant challenge to the status quo. 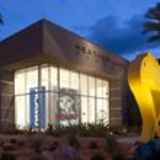