PYLONS OF THE FUTURE 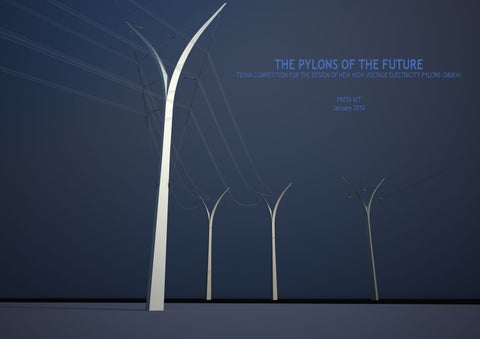 THE PYLONS OF THE FUTURE

All the photos are downloadable on our Flickr page at www.flickr.com/hdaparis More information can be found on our blog www.complexitys.com or our web page www.hdaparis.com This document is licensed under the Creative Commons Attribution-Noncommercial-Share Alike 3.0 Unported License. To view a copy of this license, visit http://creativecommons.org/licenses/by-nc-sa/3.0

Hugh Dutton’s design is the winner of the international competition ‘The Pylons of the Future’ by Terna S for the design of new pylons with a minimal impact on the environment of the highest technical and aesthetic quality. Turin based architect Giorgio Rosental, assembled a team of designers and engineers to participate in the competition: Architect Hugh Dutton, the contractor Gozzo Impianti and Cegelec, a French specialist in high tension pylon realisation. Two design proposals were made, one by Rosental (Studio Rosental, Turin) and another by Hugh Dutton(HDA, Paris). Hugh Dutton’s design was admitted into the second phase in 2008 and was finally judged the winning design of the competition in December 2009.

Symbol The very idea of designing an electrical pylon in harmony with nature from the outset seems a fundamental contradiction of principle. Traditional pylons are the very symbol of insensitive intervention of mankind on the landscape. These industrial soldiers march across the countryside, galvanized steel trellis towers, are certainly optimal and efficient structures, but lack poetry. Notwithstanding, we all accept that these pylons are necessary for our survival and comfort.

By providing the opportunity to reflect on the question of the relationship between the pylons and nature through a design competition is already a sign of sensitivity to the issues and provides a welcome opening. As we are asking ourselves today about the future of our planet, the ecological question has become a central preoccupation of mankind. Our future will be strongly conditioned by our ability to resolve these issues. In this context, the challenge is for the new pylons to become a symbol of compatibility and symbiosis of man in his environment and not the inverse.

Tensegrity To begin, the design is inspired by the form of the first tender shoots of a young plant. It combines this image with the application of the most contemporary construction and design technologies. The first shoots grow out of the ground and are stabilized by a system of tension cables at their tips according to the concepts of Tensegrity as invented by Fuller. The very idea of Tensegrity itself is a symbiosis of tension and compression. Like a real tree, which is stabilized by the prestress of its bark exerting a tensile force on the heart of the trunk itself that resists this force with a corresponding compressive one. This gives the tree an elastic strength to resist wind forces and retain an optimal elegance.

ÂŹÂŹ Tensegrity: harmony between the elements in compression (poles and branches) and tension (cables)

Light and Lightness At a detailed level, the sectional profile of the branches and trunk are faces of triangular and lozenge sections respectively, that are inclined to reflect the light applied to them appearing as singular and elegant surfaces with minimal shadow maximizing their luminosity. HDA HUGH DUTTON ASSOCIÉS

¬¬ Light and lightness: the triangular shape always reflects the light, without shadows.

Dancing with Nature Natures processes of the determination of the form of leaves and plants, is not guided by a purely intellectual aesthetic. Rather, form and spatial configuration are defined by the forces of nature itself such as wind, light, temperature as well as many other parameters of the surroundings. In a similar manner then , the new pylons respond individually to their natural context and forces. The path of the cable lines varies as a function of the terrain as it curves around hills and valleys to find a path of least resistance. The pylons lean into the direction of the forces of the cables they are required to carry. Like ourselves, we lean into a strong wind to find our equilibrium. As such the pylons will respond to the terrain they cross and the forces lines that result from them. Rather than dominating the landscape like the industrial soldiers they express that the nature is the stronger force, and not the pylon.

ÂŹÂŹ Variability: The pylons correspond to the geography of the land, every pylon has its individuality.

Complexity and Innovation The design is developed with an innovative working method inspired by today’s tools found in the computer and industrial technologies. The potential of these technologies permit us to optimally individualise each one and thereby avoiding the banality of standardisation whilst limiting material wastage. In a similar process to nature’s own selectivity and optimisation.

¬¬ Variability: The poles are inclined to respond optimally to the stresses due to the track.

In the design phase, parametric processes are used for design calculations and form determination, the simple profile can be easily adapted to the specific constraints it has to respond to. Further, non linear analysis optimises the calculation method, taking advantage of the prestress elasticity. In the construction phase the pylons are fabricated from flat steel plate cut to individual shapes using contemporary numerically controlled tools, where the shape is automatically transferred to the cutting tool one by one. The flat sheet cut-out shapes are assembled together onto simple jigs and welded using automatic continuous welding machines. Steel is itself a renewable material, that can be melted down and reformed for new uses.

Construction technologies used for the pylons are the same that HDA have already succesfully used for the arch of the famous Turin Olympic Footbridge, realised in 2006. In fact, ÂŤPylons of the futureÂť represents a refinement of the same design and construction process in which HDA profoundly believes, in which architecture, technical constraint and technology are wisely melted.

The project â&amp;#x20AC;&amp;#x153;Pylons of the futureâ&amp;#x20AC;? has been released on the following websites: Dezeen (English) DesignBoom (English) La Repubblica (Italian) Complexitys Blog (Italian)

Hugh Dutton Associates is a specialist design company formed in 1995, based in Paris, France. HDA comprises a team of architects and engineers providing specialist design services. Our work strives to provide design that is a synthesis of poetic intent and physical reality. Each project, big or small, varying from long span structures down to a small fixing detail, begins with a clear architectural idea with its own specific story to tell. The successful realization of the idea is dependent on a thorough understanding of technical constraints. The studio experienced team of designers from diverse backgrounds specialize in works of complex geometry, innovative structures, 3D CAD, graphic design, 3D imaging, engineering and detail design. HDA work as independent architects, design consultants, and in collaboration with other architects. ( Hugh Dutton biographical note ) Hugh Dutton qualified as an architect at the Architectural Association in London, after preliminary training at the University of Waterloo in Ontario, Canada. In search of complementary technical expertise he began his professional career with Peter Rice, a renowned inventive engineer responsible for the Syndey Opera house and Pompidou Center. Rice’s newly formed Paris Company RFR, including Martin Francis and Ian Ritchie, sought consciously to muddle the traditional boundaries between the architectural and engineering cultures of building professions toward an objective of an integral and holistic approach to design. His early years included experience at Norman Foster (Carré d’art in Nimes and Stansted Airport). Hugh Dutton collaborated closely with Peter Rice for 13 years at RFR, and related their experiences of the development of bolted structural glass and cable structures at the La Villette Science museum in a joint publication entitled Structural Glass. Wishing to take the design approach beyond modern steel and glass, Hugh Dutton, worked with Rice in his later years on developments in stone for it’s structural potential and translucent qualities with work on the Seville Expo 92 stone structure Universal Pavilion as well as the translucent west front of the Cathedral de Notre Dame de la Treille in Lille. At HDA, given his background of technical expertise, Hugh Dutton continues his exploration of design and built reality, having collaborated with many well known architects and designers (Andreu, Architectonica, Bellini, Heatherwick, Nouvel, Ricciotti, Saee, SOM, Tschumi, Wong &amp; Ouyang &amp; others) assisting them on the realization of their concepts with a notable attention to detail.

Lasalle College of the Arts - Singapore

PYLONS OF THE FUTURE 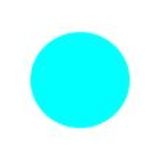