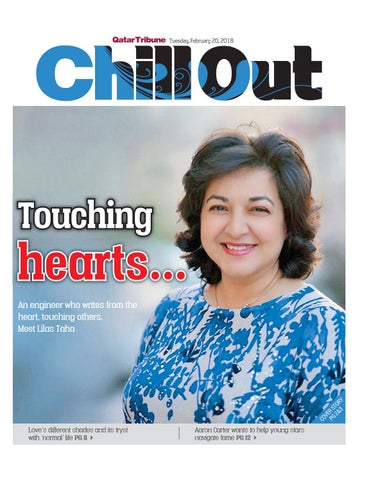 HE Georgetown University in Qatar recently hosted talented author Lilas Taha of the award-winning book Bitter Almonds published by Hamad Bin Khalifa University Press. Bitter Almonds is her second novel. Her ﬁrst book was Shadows of Damascus, published by US-based SM Publishers in 2014. Taha is an engineer by profession and an author by heart. She holds a Master’s degree in industrial engineering, specialising in human factors. She was born in Kuwait to a Palestinian father and a Syrian mother and immigrated to the US as a result of the Gulf War in 1990. “I come from a family of educators, as my mother was an English language teacher for middle school in Kuwait and my father a professor in philosophy of education at Kuwait University,” she said. She is the ﬁrst person in her family to write and publish a book. Bitter Almonds won her the 2017 International Book Award. It is a story about displacement, family commitments and honour, and the universal feelings of love and loss. The plot begins in Palestine in 1948 and spans events of the

years leading up to 1970. It deals with struggles of Palestinian refugees of that time within the context of family ties and unconventional romance to reﬂect the complex world of Palestinians living in perpetual exile. Qatar Tribune’s Lezima Gomes quizzed the author about the book and what inspires her. Excerpts: Q. What inspired you to write this

book? How long has it taken? A. As a child of a refugee Palestinian father, I always wanted to tell the story of what happened to his generation – scream it out loud if I could. Anger and frustration at the injustice of it all accompanied me through the years, much like most Palestinians who grew up watching their parent(s) try to move forward, while clinging to a land – a world – often described as perfect or

magical, yet unreachable. Living in exile, my father carried his country in his heart and managed to plant its seed in mine and my brother’s. Hope ﬂourished, and I arrived at adulthood determined to do the same for my children. On my father’s last visit to me in the US, however, I saw something different in his eyes, a lacking lustre, something was missing. I struggled to engage him, to bring him back from the despair. It pained me to see him that way; knowing he would not return to his beloved Palestine. So I started writing about his familiar world, involving him in discussions and challenging him to express more, talk more, remember more. Our daily sessions, when I read to him what I had written the night before, became our time together. We argued a lot, stepped into dangerous emotional zones often, and sometimes, we sailed into happy places. I wanted to create characters he could connect with and care about, and describe events as he and others in his generation experienced them, not as history books recorded them. That was what inspired me to write this particular story, and after a year of writing, Bitter Almonds was born. Give us a synopsis of the book The book involves two main characters: Omar and Nadia. Omar is an orphaned

*%0) (&#39;*)&quot; Palestinian born into chaos, displaced by violence, and driven by forces beyond his control to ﬁnd his place in the world. He only has one thing to hold on to: a love that propels him forward and gives him hope. Nadia is maturing into womanhood in a Palestinian refugee community in Damascus. She tries hard to cope with the tough realities of her world. But she is confronted with a cruel load thrust upon her by a selﬁsh brother. Will she break out of her traditional social mould to create her own destiny is what the story revolves round?

Tell us a little about your upcoming book Lost in Thyme? I recently signed a contract with HBKU Press to publish my third novel titled Lost in Thyme, which will be released later this year. It is current in its events and discusses topics related to ﬁrst generation Palestinian-Americans connecting with their roots. The story touches upon concepts of cultural identity, existence and resistance. And of course, at the heart of it all, there’s a blossoming love story. I hope it will appeal to readers of multiple backgrounds, for it revolves around the present world, much like Bitter Almonds reﬂects the past.

What was the main objective to write the book? To touch readers’ hearts. I wanted to show that the Palestinian story is a human story at its heart, and remind readers of different backgrounds that we are just like everyone else; we share similar dreams, frustrations and aspirations. I want those who read Bitter Almonds to come away with two things, if nothing else: The idea that hope never dies, that love of country is just as enchanting as romantic love, and that it transcends borders and any hardships it might be subjected to. That the human element, what we all have in common, is far greater than any box it might be pushed into. And that the Palestine issue is not complex or muddled. It’s about loving a homeland, living in dignity, striving to make wrongs right, and seeking equality.

What has been the biggest challenge for you as a writer? I’d say choosing to use the English language as a medium of expression, rather than my mother tongue. But ultimately, I want to sway someone’s opinion, pull readers into the world of my books and have them, not just enjoy the journey, but mentally and emotionally connect with its topics even if they are unfamiliar or foreign. That’s a big challenge for me as a writer: how to touch someone’s heart and mind, and not just tell an interesting story. As a writer what inspires you? People, in all their differences and experiences. I love watching people – a guilty pleasure, I admit – to see how they manage whatever life throws at them. Sometimes, the undiluted way in which children see the world presents a great source of inspiration to me.

What is your target audience? Who do you think the book will appeal to the most? I aim to join other writers in the ﬁeld who bring issues pertaining to the Palestinian tragedy to readers in the West. My target audience is English-language readers who don’t know about the history of that part of the world from our perspective. I want them to see what we see, feel how we feel, and connect with us on a basic human level. I think my book will also appeal to young Arab readers, who perhaps grew up listening to their grandparents speak of the land that is Palestine, but never experienced its magic. As a writer, who are some of the writers you look up to and why? Growing up, I read most books by the known Arab geniuses, namely Naguib Mahfouz, Ghassan Kanafani, Taha Hussein, Khalil Gibran, Anis Mansour and many more. I also read a number of translated classics from Western writers like Earnest Hemingway, Agatha Christie, Jane Austin, the Brontë sisters, and Leo Tolstoy, to name a few. As I gained more command over the English language, I re-read those classics in English, which provided me with additional levels of enjoyment and different angles of understanding for the same books. Those writers drew me into worlds both foreign and familiar at the same time, and al-

Advice to budding authors? Before you write, read as much as you can. Read outside your favourite genres, too. Read what makes you question and reject even, for that will open your mind to what’s new. Then when you write, don’t write as if someone is looking over your shoulder. Write what you want, more so if it is difﬁcult and thorny. Write what is begging to be released, and be patient, for a writer’s vehicle moves slowly. Don’t let your ego stand in the way of improvement, and always, always, seek honest feedback.

Lilas Taha during a recent visit to Qatar.

lowed me to question my surroundings, see some with clarity and others through my own world’s ﬁlters. Furthermore, on an artistic level, I paid attention to how

those geniuses use their languages (either Arabic or English) artistically, much like a painter wields a brush, to exert power over colours. 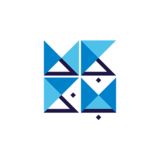