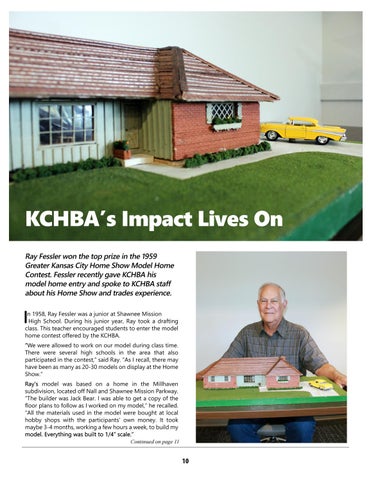 n 1958, Ray Fessler was a junior at Shawnee Mission High School. During his junior year, Ray took a drafting class. This teacher encouraged students to enter the model home contest offered by the KCHBA.

“We were allowed to work on our model during class time. There were several high schools in the area that also participated in the contest,” said Ray. “As I recall, there may have been as many as 20-30 models on display at the Home Show.”

Ray’s model was based on a home in the Millhaven subdivision, located off Nall and Shawnee Mission Parkway. “The builder was Jack Bear. I was able to get a copy of the floor plans to follow as I worked on my model,” he recalled. “All the materials used in the model were bought at local hobby shops with the participants' own money. It took maybe 3-4 months, working a few hours a week, to build my model. Everything was built to 1/4” scale.” 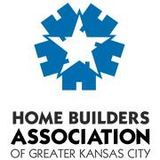