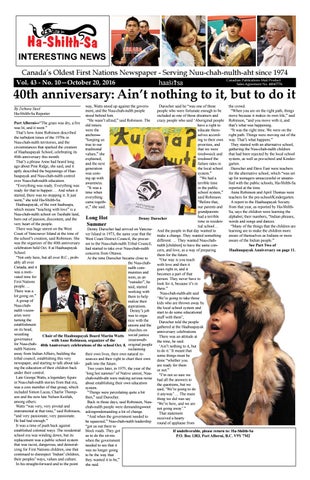 40th anniversary: Ain’t nothing to it, but to do it way, Watts stood up against the government, and the Nuu-chah-nulth people stood behind him. “He wasn’t afraid,” said Robinson. The old timers were the anchor— “keeping us true to our traditional values,” she explained, and the next generation was coming up with awareness. “It was a time when everything came together,” she said.