Where does culture happen?

TENT x TATE: WHERE DOES CULTURE HAPPEN? Some provocations about Battersea Power Station. Currently under construction.

What makes Battersea Power Station a cultural icon? How can we protect these icons? How is culture used in gentrification? Who profits, and what alternative models can we propose?

Transition An iconic Art Deco building and key London landmark, designed by Sir Giles Gilbert Scott. Grew up in Battersea, also designed Tate Modern. Built as a source of social good â&amp;#x20AC;&amp;#x201C; powering London, creating employment. After the Power Stationâ&amp;#x20AC;&amp;#x2122;s closure, Thatcher gave it to her friend, who promised to turn it into British Disneyland. He then left it to rot. The building was placed on the Heritage at Risk Register. Development contract was granted to firm under condition of building local affordable homes.

What makes a site iconic? What underlies the mythologies assigned to relics of the industrial era? Who owns these sites once they become icons? Do sites of cultural importance inevitably lead to later gentrification?

Now being developed into luxury flats, often procured as vacant second homes investment for oversees speculators. £800,000 for a studio or £4m for a fourbedroom flat. In June 2017, investors halved the number of affordable homes it agreed to build, due to ‘technical issues’ – complying with heritage regulations cut into the profit return of 20% that makes a development ‘viable’. They went to the Council to ask for a ‘Deed of Variation’, which means they can change their original obligations on affordable housing. The Council should have refused the deed of variation. This is scary for all the big estates surrounding the area, which may soon face ‘regeneration’.

Independent adviser to the council now says it is â&amp;#x20AC;&amp;#x153;very unlikelyâ&amp;#x20AC;? that the 250 affordable homes promised will materialise. All the section 106 money that could have gone on housing is going on the northern line extension. The government should have fronted the money for this â&amp;#x20AC;&amp;#x201C; instead council tax-payers are having all their section 106 put into an asset that TfL will own and that has stopped the development having any decent social housing percentages.

Networked Internet communities In 2007, an interactive artwork was projected onto the power station in protest of the Iraq war. Named ‘Arrest the Presidents’, the projection showed Tony Blair, George W Bush, Kim Jong-Il, Robert Mugabe and Vladimir Putin as prisoners. The artwork was an ‘interactive song’ where participants could call a hotline and record their views about the Iraq war on the phone, which were then sampled and included on a single by a band called ‘The Elusive’. The song no longer exists online, and the band have disappeared into obscurity.

The Elusive, Arrest the Presidents, 2017

In 2017, art has been commissioned by the development company in order to attract consumers. However, whatever their motives are, the space is now more beautiful for everyone because of their investment in art.

Does this equal a good balance for everyone? Or does corporate-sponsored art impose restrictions, which create a skewed vision? Does it turn art into propaganda, loosing its power and becoming a marketing tool? Does it turn the space into a showroom for commercial art? Is this the only viable career option for being an artist under capitalism? Is it still possible to draw moral lines under globalisation?

How are workers represented? Sculpture of a woman – Henry Moore remake – Sports Direct mug. How is the Power Station represented? Cabinet of curiosities – one-sided view of care put into the conditions for labourers.

Heritage restoration and community work framed as charitable giving rather than contractual obligation. Social housing cut, and much smaller amount invested in arts and community. Would we rather swap arts and community programmes for essential affordable housing? Why should we have to choose?

Who is invisible in our society, and what or who makes them invisible? Do online communities hold real power in numbers, or do we live in an age of keyboard warriors? How do we activate networks of online communities to campaign for social justice IRL?

Where does culture happen?

What makes Battersea Power Station a cultural icon? How can we protect these icons? How is culture used in gentrification? Who profits, and what alternative models can we propose? 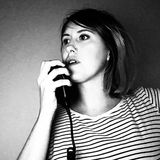