The chronic of a Pioneer adventure 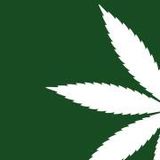 “Congratulations, you are totally apt for GMP approval”, said Julián Gutierrez, chief examiner of the Colombian Agricultural Institute (ICA, by its Spanish abbreviation), to Denis Contri and his team in the morning of a sunny Thursday in February. This gave them a great satisfaction, as their smiles towards each other evidenced. It wasn’t for less: Good Manufacturing Practices certifications is a group of strict regulations, similar to ISO, which cover all aspects to guarantee the manufacturing of medication under the highest quality standards in the pharmaceutical industry.

Gutierrez continued: “Up until now, you are the only cannabis company in Colombia with appropriate facilities to approve certification”. Denis couldn’t hide his joy. As we walked through the hallway that connects all the rooms in a 1200 square meter warehouse, while dozens of workers still hung around settling the last details, he commented: “This is the first disinfection stage. After passing through the security system and three stage access (ID, access card and fingerprint register), the worker who enters the operational part of the warehouse has to go through a semi sterile changing area, and then sterilization double doors, which are confined spaces with air jets that disinfect down to the last hair in whoever is inside” The floors have no corners when meeting the walls: they’re curved; and there’s also UV-C rays sterilization equipment all around. “It wasn’t easy reaching this point. Now, there’s very little missing to achieve the production of the best quality medicine available”

At first, their plan for this warehouse is to harvest 4.500kg of dried flower, grown under the strictest control parmeters. These flowers will turn into 450lt of standardized medical extracts. Their growth plan foresees 4 more warehouses like this, one exclusively for seed production and other two exclusively as a transformation lab, all built in an airtight space, completely separated from outdoor conditions. “This will be the first time a production of this size in indoor growth conditions, the most appropriate conditions for real medical cannabis” he concluded.

Everything done in a hermetic environment, totally separated from the outside environment. “It is going to be the first time Colombia witnesses this magnitude of indoor cultivation operation, which is the proper one for real medicine making” he concluded. Italian born and raised, Denis Contri worked for the pharmaceutical division of the CAM group up until 2012. Alongside Pilar Sánchez, a Colombian woman born in Bogotá who spent over 10 years living in Italy, they decided to spend some time in the Colombian Caribbean coast. “We came to be 6 months here, but when we realized that it was possible to work and study the cannabis plant here we decided to stay, and do something unthinkable in my home country, or in most countries of the world”, said Denis. Soon they settled in Bogotá and started to exercise their legal right to cultivate cannabis for their personal use.

It wasn’t until 2013 that they started to administer medicine extracted from the cannabis plant. The initial one was homemade for Pilar´s mother, who suffered from arthrosis. It was the first product to be created in their pharmacy. The benefits were impressive, and in less than a month they had about 50 people waiting for products that could help with the most different health conditions. At this point they decided to face the matter seriously.

Both already knew some of the medicinal effects that could be achieved with cannabis consumption. Pilar already used it as the only resource for her chronic migraines.

Denis came out of a two-decade experience in passionate cannabis cultivation, having studied different specialties at the Amsterdam Cannabis College, manifesting specific interest in its medicinal properties. In Colombia they joined Camilo Cruz, physics student and activist, to create Ganja Farm, the first Colombian cannabis pharmacy to be legally constituted in the country.

“Witnessing what was happening in states like California and countries like Uruguay we started to research the possibilities of developing similar things here. We took our questions to a lawyer who confirmed the existence of a legal ´gray area´ which could be explored” says Camilo.

By then it was little known that the law tolerated a personal dose of 20 grams of cannabis which any person could have with them, but it was practically unknown that the same 1986 law which granted that right, also guaranteed the right to cultivate 20 plants for personal use. The few people who knew and dared to did it, did this in a very “homemade” manner.

But they had an idea, that came out multiplied. With only 20 plants, they would manage to tend to more than a thousand patients with their products. In Denis’s words, “we almost made magic to make sure everybody could get provisioned, following the existing game rules. We started to study a lot to improve the garden´s productivity in a fully organic way. We also focused on understanding the different kinds of cannabis and their relationship with different human diseases, we analyzed the plants with chromatography, selected specific seeds, and developed mother-plants to preserve special genetics we were finding”.

By mid-2014 they opened doors for the public. From a central neighborhood, Ganja Farm was a garden, transformation laboratory, dispensary, and even a consulting room, simultaneously. All segmented and organized in a 50 square meter space. From psychological disorders to terminal illnesses, from all classes and ages, people would gradually poke around searching for alternatives to alleviate their symptoms. There they could not only acquire products, they could verify the state of the plants that originated their medicine, the space where their medicine was extracted and transformed, and get oriented on how to take that medicine. “We didn’t discriminate anybody. We are visited by from senators, politicians, government staff, to household informal workers. Part of the production we donate to people with scarce resources”, explains Pilar. “Many came with the intention, but with no idea of how to use it. There were very few clinicians by then that would prescribe cannabis, but even less who knew something about its specific uses. So there was no other way than to process the information they were bringing and advise them the best way we could. Slowly we identified professionals we could work with. At most we worked together with 8 different doctors.

In addition to the orientation, the team made a careful follow-up of each case, so they could improve the formulations for each patient. “We realized that not every person would respond in the same way, even having the same diagnostics. We had to understand each case. On top of that, there are different ways of administering cannabis, and several different proportions of active components, which changed the results altogether. There were many variables to understand”, explained Pilar. That was how they got to generate and gather a large amount of information about the cannabinoid effects in human patients. Meanwhile, everywhere else of the world it was very unlikely to find human population studies with cannabis, because of the costs, bureaucracy, and prohibitive legislations. In Colombia it came out naturally for the Ganja Farm team, which made them privileged and gave them a strategic advantage in the comprehension of the matter.

To scan the Colombian cannabis atmosphere, push boundaries and see how far it could get, they took leading roles in the organization of a public, open-to-initiatives event that took place in Bogota by the end of 2014. The first Colombian cannabis expo counted with 24 companies distributed in stands that offered different services and products, and a surprising 5.000 approximate attendants. It went so well that 7 more editions were closely followed. “The police couldn’t even classify what we were doing. In one occasion they came to supervise but went out with their basket full of products for relatives who suffered from diabetes, chronic pain, epilepsies…” says Camilo. To coordinate collective efforts towards the progress and professionalization of the upcoming industry, the team organized a civil organization for the development of a local cannabis industry, joined by several initiatives.

The potential was obvious, but the lack of specific regulations gave space for the constant harassment of cultivators and consumers by the authorities, and prevented the industry´s progress and also the development of cannabis consciousness. “So, at the beginning of 2015 we started making contact with the Ministry of Health and explained what we were doing step by step, and asked them, repeatedly, to regulate the matter. At the end they responded saying that they were developing an ordinance we could take part in”, stated Camilo. In conjunction with other efforts these dialogues took to the creation of the 2467 act, issued in December of 2015, which clarified user’s rights, pointed the way for companies, and made possible what was previously known but ignored: there was cannabis being grown in Colombia legally.

The next year inaugurated a large bureaucratic march towards regulation for cannabis ventures that had been operating in a legal “gray area” like Ganja Farm itself up until then. The government started delivering different kinds of licenses for each section of the recently born industry. There were 6 of them: psychoactive cannabis production, non-psychoactive cannabis production, transformation, seed production, research and distribution. In that context PIDEKA was born, allowing the Ganja Farm group to enter the formal territory of cannabis legal enterprises of the world. Many things followed: conferences at representative events as ExpoMedeWeed in Medellín and Expo Bogota Cannabis in Bogotá; many stories on the newspapers; first prizes in different cannabis cups; and the recognition of their work. The group got bigger and different professionals were brought in to expand and improve their work force.

The first license for operating arrived in April 2017. PIDEKA was the sixth company habilitated by the government to produce cannabis. The other five licenses followed one by one. That bet, which started years ago, was starting to produce some serious results, even though there was still so much work ahead. That year and the next one were dedicated to materialize a dream. Strategic alliances were made to make sure the warehouse project, that same one from the beginning of this article, could be taken into action. It wasn’t a simple operation, but by the end of 6 months of building work they managed to have the warehouse done for the quality evaluations like GMP, GACP, and others like ISO and the approval of the ICA institute itself.

Today PIDEKA stands as a reference, for Colombia and beyond, but they do not forget their roots: “we cherish social causes, because we come from that background, cannabis activism roots culture, and we will keep supporting the expansion of access to health and social justice, through concrete work alongside civil society organizations”, concludes Pilar. 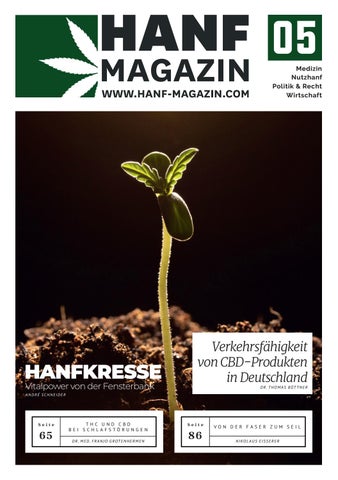