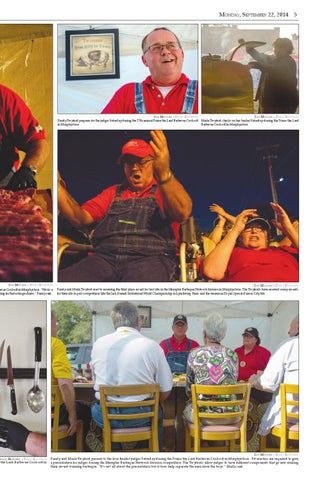 I an M ullen D aIly e gyptIan becue Cook-off in Murphysboro. “We do a ding for that extra goodness,” Randy said.

I an M ullen D aIly e gyptIan Randy and Marla Twyford react to receiving the third place award for best ribs in the Memphis Barbeque Network division in Murphysboro. The Twyfords have received many awards for their ribs in past competitions like the Jack Daniels Invitational World Championship in Lynchburg, Tenn. and the American Royal Open in Kansas City, Mo.

a presentation for judges during the Memphis Barbeque Network division competition. The Twyfords allow judges to taste different components that go into making their award winning barbeque. “It’s not all about the presentation but it does help separate the men from the boys,” Marla said. 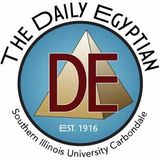