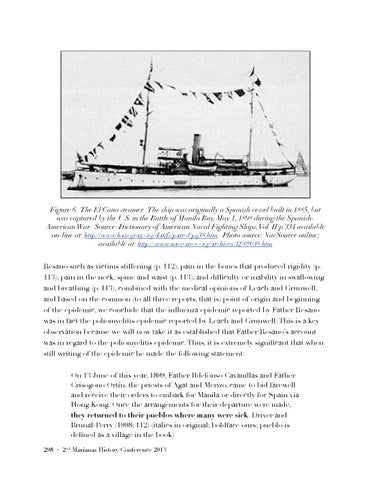 Figure 6. The El Cano steamer. The ship was originally a Spanish vessel built in 1885, but was captured by the U.S. in the Battle of Manila Bay, May 1, 1898 during the SpanishAmerican War. Source: Dictionary of American Naval Fighting Ships, Vol. II p 334 available on-line at: http://www.hazegray.org/danfs/patrol/pg38.htm. Photo source: NavSource online; available at: http://www.navsource.org/archives/12/09038.htm

Resano such as victims stiffening (p. 112), pain in the bones that produced rigidity (p. 113), pain in the neck, spine and waist (p. 113), and difficulty or inability in swallowing and breathing (p. 113), combined with the medical opinions of Leach and Grunwell, and based on the common (to all three reports, that is) point of origin and beginning of the epidemic, we conclude that the influenza epidemic reported by Father Resano was in fact the poliomyelitis epidemic reported by Leach and Grunwell. This is a key observation because we will now take it as established that Father Resano’s account was in regard to the poliomyelitis epidemic. Thus, it is extremely significant that when still writing of the epidemic he made the following statement:

On 13 June of this year, 1899, Father Ildefonso Cavanillas and Father Crisogono Ortín, the priests of Agat and Merizo, came to bid farewell and receive their orders to embark for Manila or directly for Spain via Hong Kong. Once the arrangements for their departure were made, they returned to their pueblos where many were sick. Driver and Brunal-Perry (1998: 112) (italics in original; boldface ours; pueblo is defined as a village in the book) 298 ! ・ 2nd Marianas History Conference 2013