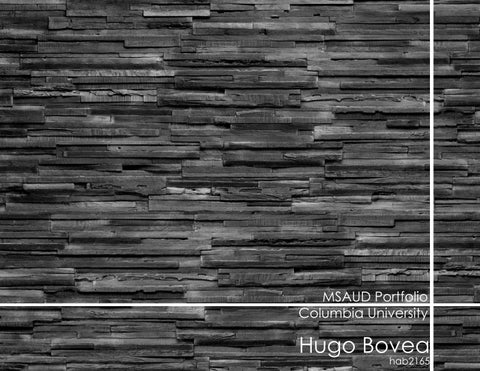 Social Solar is a pilot project in Bat Yam, a city located south of Tel Aviv, which combines renewable energy and urbanism to design a more sustainable system to achieve the transition towards a resilient city for the future. Perceiving energy demand as the main driver of the negative effects on the Israely coastal threshold, the project creates a decentralised energy landscape that spans from the sea and all the way into the city by reducing dependency on non-renewable sources, fostering a respectful relationship between energy, ecology and society to combat the future scenarios of extreme climate events. Building on the immense solar potential of the region, five social solar corridors are proposed along the east west axis, building on the urban renewal plan for the city. This is a new form of urbanism that is focused on social life and renewable energy. These corridors perform as microgrids within the larger energy framework. The buildings and the public areas are seen as energy generating units that feed into this microgrid, storing and supplying energy within the same cycle.

The recollection of a once booming town Group Project

Claiborne is a town located on the Alabama River in the southwest of the homonym state, in Monroe County. It became one of the most important cities of the region in the 1800s and one of two major shipping points in southern Alabama during the cotton boom. It provided access to staple luxury goods from Mobile that we were mostly sold on the cityâ&#x20AC;&#x2122;s main street, as well as a trading point for cotton. Frederick Law Olmsted visited Claiborne on his journey through the south and depicted a thriving city. After the Civil War, the city suffered an economic downturn since the cottton economy was severly altered by the abolition of slavery, which was aggravated by a yellow fever outbreak that greatly decimated its population. Finally, in the late 1860s the Louisville and Nashville Railroads bypassed Claiborne on both si sides of the river, turning the once booming city into a desolate place.

Proposal for the Port of Newburgh Group Project year

Good(s) Shift is a proposal for an industrial working waterfront that will agglomerate two vital segments of the Hudson Valleyâ&#x20AC;&#x2122;s agricultural operations: processing and distribution. This will become one of a series of hubs that integrates diverse and intermodal operations, modeling the transition towards a le less carbon-intensive transportation infrastructure for the Hudson Valley. The Hudson Valley is a region well known for its agricultural products, which are mostly moved and distributed by truck. The systems for food production, processing and distribution are heavily disaggregated. It is baffling how many individualized and truck based distribution systems there are, each with their own logistics. We are therefore proposing a network of ports along the Hudson River that consolidate all the intermediary processes and mark a return to using waterways as the primary mode of transportation. This would reduce the carbon emissions of agricultural transportation by about 60% while also providing jobs, increasing pr production and reducing transportation costs.

A startling 30% of the population is facing food insecurity and receiving food stamps, also known as SNAP benefits, compared to just 8% citywide; 29% is below the federal poverty level and 46% donâ&#x20AC;&#x2122;t have a high school degree. This map compares the rate of people receiving food stamps vs average household income to illustrate the areas in which people are at higher risk of facing food insecurity.

Sunset Bazaar is a proposal to introduce a new system within the existing food network in Sunset Park. This proposal seeks to create a secondary network to bring affordable fresh food to the neighborhood. The food is brought directly from the farms using the existing railroad infrastructure and fresh unsold food is also sourced from local suppliers at a lower price. The market is located under the Gowanus Expressway, where all food is collected, processed, sold and distributed. The market builds up as a dist different experience that binds grocery shopping with socially interactive spaces, creating a platform for people to exchange and share, building a collective sense of security and erasing the stigma of receiving food stamps.